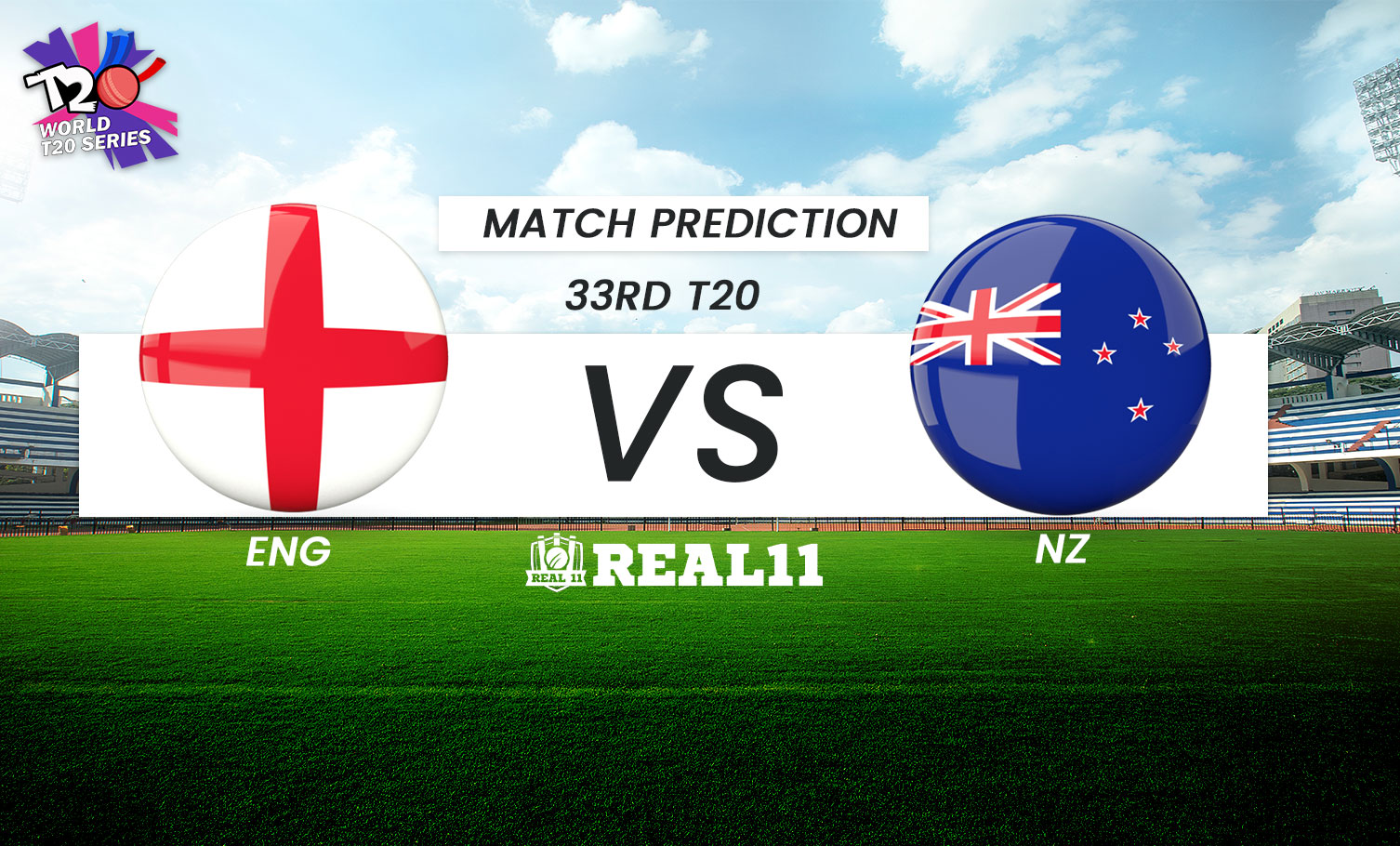 Following a number of upsets, England will now face the only unbeaten side in their group, New Zealand, in the 33rd match of the T20 World Cup 2022 at The Gabba in Brisbane. England's start to the tournament was spectacular, as they defeated Afghanistan in the campaign opener.

However, their journey was turned upside down due to rain. Both sides put up a hard fight in their second match against Ireland, however play was halted due to weather, and Ireland won by five runs via the DLS system. Their third game against arch rivals Australia was intended to be a must-win, but it was washed out without a ball being bowled.

The rain wash out has complicated matters, but England, led by Jos Buttler, will be hoping for a successful conclusion to their campaign. With only two games remaining in the group stage, England will be aiming to win both.

The task will not be simple, though, because New Zealand has been merciless with the ball thus far. The experienced duo of Southee and Boult is not giving up an inch in the power play. Spin twins Sodhi and Santner have provided solid support in the middle overs. Only the form of skipper Kane Williamson is an issue of concern for New Zealand. Except for that, everything appears to be in order.

The match will be played in Brisbane. The pitch out here is decent for batting. Spinners will also enjoy bowling on this track. 160 is the par score on this wicket.

The weather forecast in Brisbane predicts some clouds surrounding on match day with a hint of light drizzle, but we are expecting for a complete and uninterrupted contest.

Jos Butler- The English skipper will be one to keep an eye for. He hasn’t been at his best in this World Series but being a big match player, he is customary for big matches, and he needs to come all guns blazing in this particular game.

Devon Conway- He is New Zealand’s standout player in this competition. Despite missing out in the last game, we fancy the wicket keeper batter to do well in this game.

Dawid Malan- With nearly 1700 runs, the southpaw is one of England’s finest batters in this format. He will shoulder the batting responsibility for his side.

Glenn Phillips- The top order packs a punch with bat in hand. He smashed a blistering century in the last game against Sri Lanka and will thus be high on confidence coming into this fixture.

Moeen Ali- Recognised for his prowess as a quality all rounder, Moeen Ali would look to live up to his reputation and deliver in the crucial game

Tim Southee- Tim Southee is rolling back the years with the way he is bowling with the new ball. The veteran has played a pivotal role in New Zealand’s success during the powerplay.

Mark Wood- Mark Wood's ferocious speed might pose some serious threats for the NZ batters. When it comes to speed, Wood has been on fire this World Series.

We expect both the teams to come hard at each other. While Kane Williamson and are yet to be defeated, England are still struggling with their consistency. With the qualification chances in danger, England are expected to come up with their A game. The Kiwis on the other hand would be keen to extend their winning streak.

We predict England to win this match.