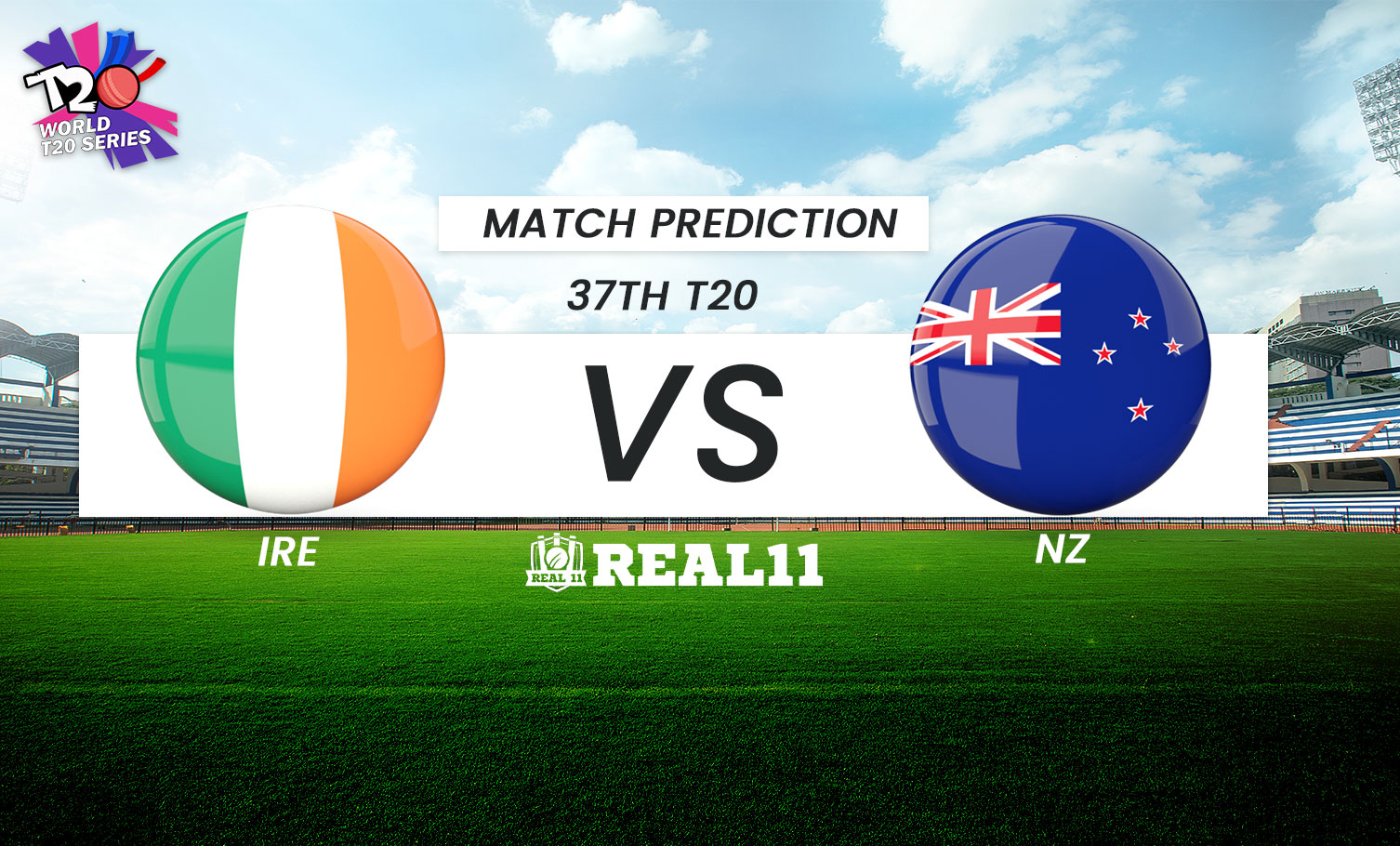 New Zealand are set to face Ireland in match number 37 of the ongoing World T20 Series 2022. Despite losing to England in the last game, Kiwis are still at the top of Group 1 with five points. A win against Ireland will guarantee the black caps a spot in the Semis. Ireland on the other hand will need to win this game in order to stay in the hunt for the top four spot.

New Zealand by far have the best run rate among Group A. A Win against Ireland will consolidate NZ’s position at the top of the table. Batting is one front which has looked slightly vulnerable with the skipper’s dismal performance not helping the cause. Over reliance on middle order batter Glenn Phillips is alamo making matters worse. The top order has failed to get going. Devon Conway and Finn Allen have struggled to provide their team a flying start. In the bowling department, NZ have done exceedingly well. The pace trio of Tret Boult, Tim Southee and Lockie Ferguson have posed a threat to opposition batters.

Ireland faced a crushing loss in their last game against Australia. Their bowlers did a decent job in restricting the hosts to 179. However, their batsmen failed to rise to the occasion as they were bundled out for a partly score of 137. The Irish side relies heavily on the contributions from their opening pair. Paul Stirling and Andrew Balbirne except one game against the Windies have failed to give their side a decent start. Joshua Little will once again play a pivotal role with ball in hand. With 8 wickets in 6 matches, the lanky pacer is Ireland’s leading wicket taker in this competition.

The pitch in Adelaide is favourable for batting. Batters will enjoy the good bounce and carry off the surface. 160 is the average first innings total on this wicket.

The weather forecast in Adelaide predicts some clouds surrounding on match day, as well as the possibility of rain, but we are expecting for a complete and uninterrupted contest.

Lorcan Tucker- Tucker played a lone hand in Ireland’s massive defeat against the hosts in their previous encounter. The wicket keeper batter was unbeaten at 71. He is coming into this fixture on the back of a brave knock. Expect him to continue his good form.

Devon Conway- After a stupendous 90 against a potent bowling prowess of Australia earlier in the tournament, Conway has struggled to get going. We back the opening batter to return to form with a fiery knock on Friday.

Finn Allen- Fin Allen started the tournament brightly but looked scratchy as it progressed. The naturally attacking batsman has failed to convert his starts up till now but we still fancy him to do well in this game. He will enjoy batting on the Adelaide track.

Glenn Phillips- Glenn Phillips has been NZ’s standout batter in this competition. He smacked a rollicking century against Sri Lanka followed by a free flowing half century in the next game. He will hold the key for Kiwis in the batting department on Friday.

Mitchell Santner- The NZ all rounder is recognised for his prowess with ball in hand. He is mighty economical, possesses good control and is proficient in breaking partnerships. The specialist all rounder is also an extremely handy batter down the order.

Curtis Campher-  Campher’s numbers in white ball cricket are quite impressive. He has picked 20 wickets in 27 T20Is with ball in hand and scored 384 runs in 23 innings at a decent strike rate of 126.33.

Trent Boult- The NZ speedster was severely based in the last game. He went for 40 odd runs in his four overs. He will look to bounce back and pounce on Ireland. Boult is capable enough to move the ball both ways and pick quick wickets upfront.

Lockie Ferguson- His raw pace and quick bumper makes him a nightmare for opposition batters. Expect some serious chin music from the quickie on Friday.

We predict New Zealand to maul Ireland and seal their spot in the semis. 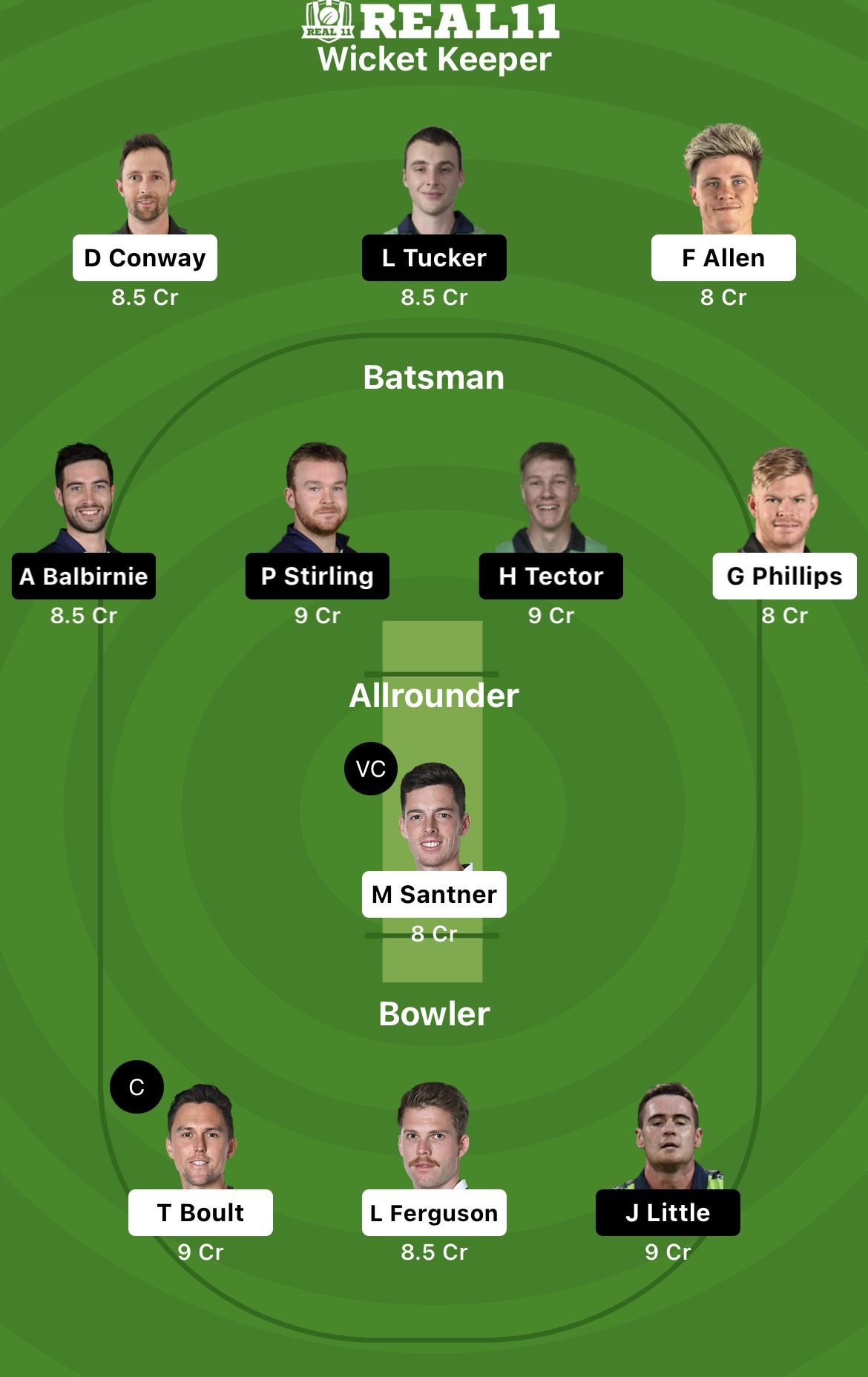