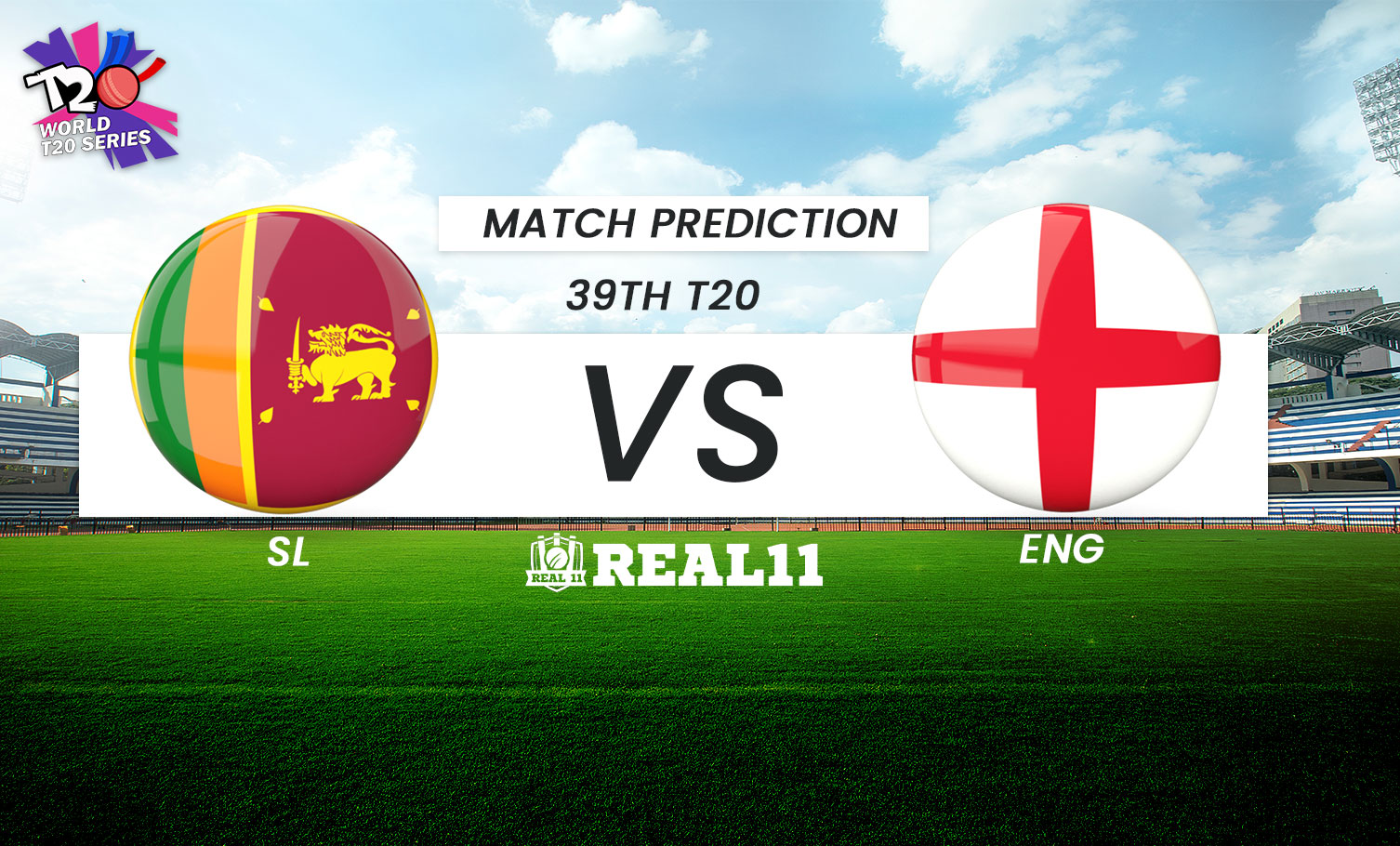 England and Sri Lanka will be crossing swords in match number 39 of the ongoing World T20 Series 2022 at the iconic Sydney Cricket Ground on Saturday, November 5. Sri Lanka have an unlikely chance of making it to the final four. However, England and Australia will fight hard for a spot in the semis. A win against Sri Lanka will almost guarantee the English side a place into the next round. They relatively have a better net run rate than their rivals (Australia) and thus a win would be sufficient for them.

England made a strong statement with a morale boosting win over the Kiwis in the last game. Their players displayed firm resolve and commitment to secure a 20 run win. They will now look to carry the winning momentum forward. Overall, Jos Butler possesses a well rounded squad with a potent batting lineup and a threatening bowling prowess.

Sri Lanka on the other hand have struggled with their consistency. They have done well in patches but have failed to do well on the regular. Wanindu Hasaranga has been their best player in this competition. The exciting all rounder has already picked 13 wickets and is still going strong. Batting is one aspect Sri Lanka needs to focus on. Apart from their opening pair, Kusal Mendis and Pathum Nissanka, none of the SL batters has shown promise. Ahead of this fascinating fixture, let us have a look at how these two teams fare out in Saturday’s clash.

The SCG wicket has been a sporting one for a game of cricket. The surface has something on offer for both the batters and bowlers. Pacers enjoy nice carry and bounce which is not a rare scene in Australia. Spinners on the other hand will use the longer boundaries to their advantage. The batters should first look to get their eye in before going for the big shots. The par score is expected to be around 160-170 runs. The pitch might be a tad slower than usual as the tournament has progressed in its final stages.

Clear skies have been predicted on match day.

Jos Butler- After starting the tournament on a dismal note, Jos Butler has seemed to have found his rhythm off late. He looked sharp in the last two games and we expect the English skipper to come up with yet another impressive performance on Saturday.

Kusal Mendis-  With 205 runs to his name, Mendis is currently the third highest run getter in this competition. The free flowing batter is in some form lately and we fancy him to do well in this game.

Alex Hales- Hales smashed a brisk half century in the last game against New Zealand. His assault at the top of the order early in the innings can dismantle the Sri Lankan side on Saturday.

Dawid Malan- The white ball specialist is in decent form at the moment. He possesses the ability to constantly rotate the strike and hit the big shots when required.

Wanindu Hasaranga- England will be wary of the Hasaranga threat. The exciting prospect is the leading wicket taker in the tournament with 13 wickets to his name.

Sam Curran- Curran is amongst the leading wicket takers in the competition. He has been excellent with bat in hand, and is very capable to hit a few lusty blows down the batting order.

Maheesh Theekshana- Theekshana has bowled beautifully in the showpiece event so far. He has hardly given any room to the batters and displayed exemplary discipline. The plan to open the bowling with him has also worked well for the Lankans.

Mark Wood- His raw pace and naked aggression makes him a hot fantasy pick. Wood has bowled with a lot of heart in this competition. The express pacer is also a very good fielder.

With a spot in the semis up for grabs, England will go all guns blazing. As far as Sri Lanka is concerned, they don’t have anything but pride to play for. Whatever be the result, one thing is for certain, we have a cracking game on our hands.

We predict England to win this encounter. 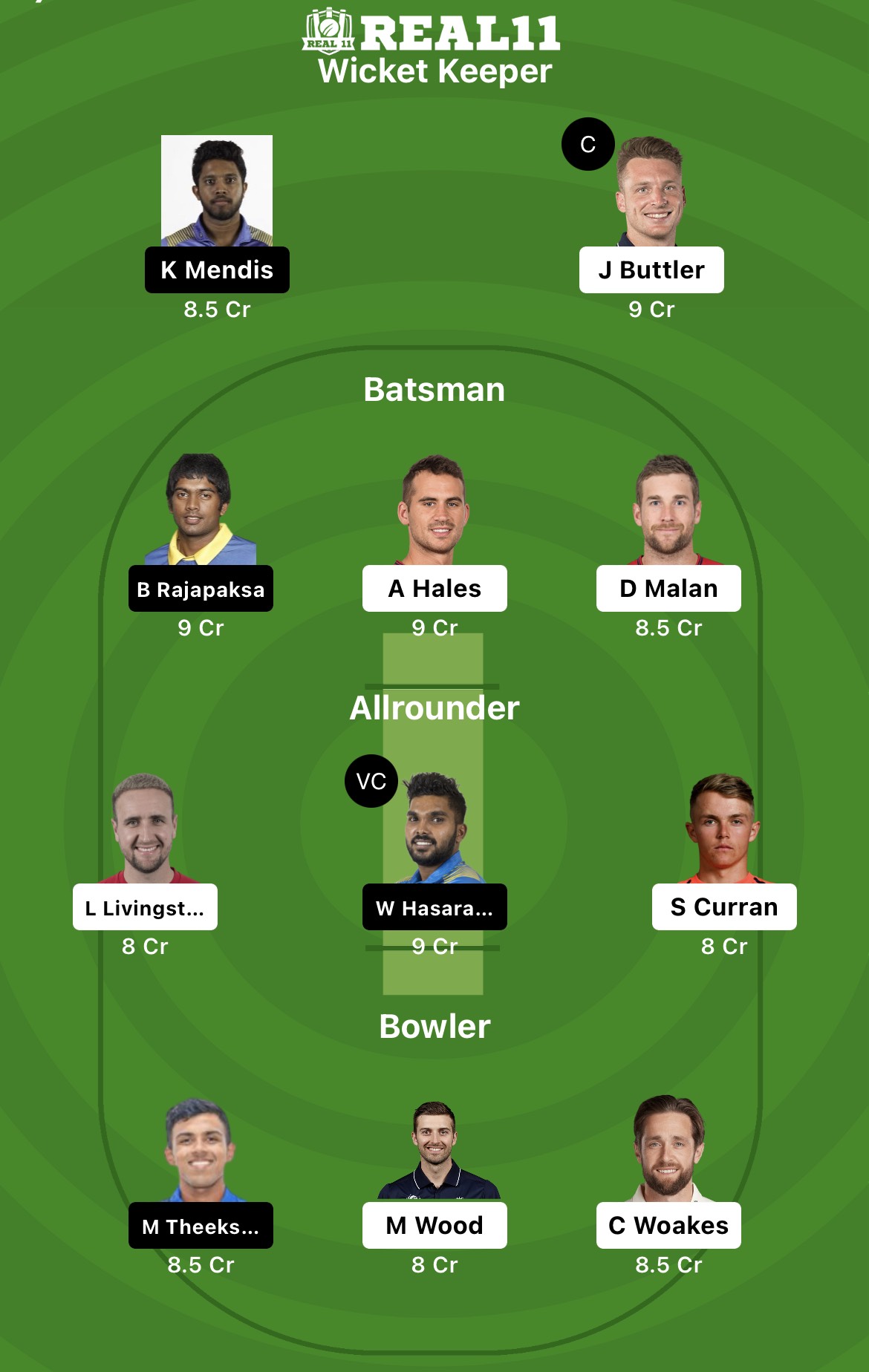