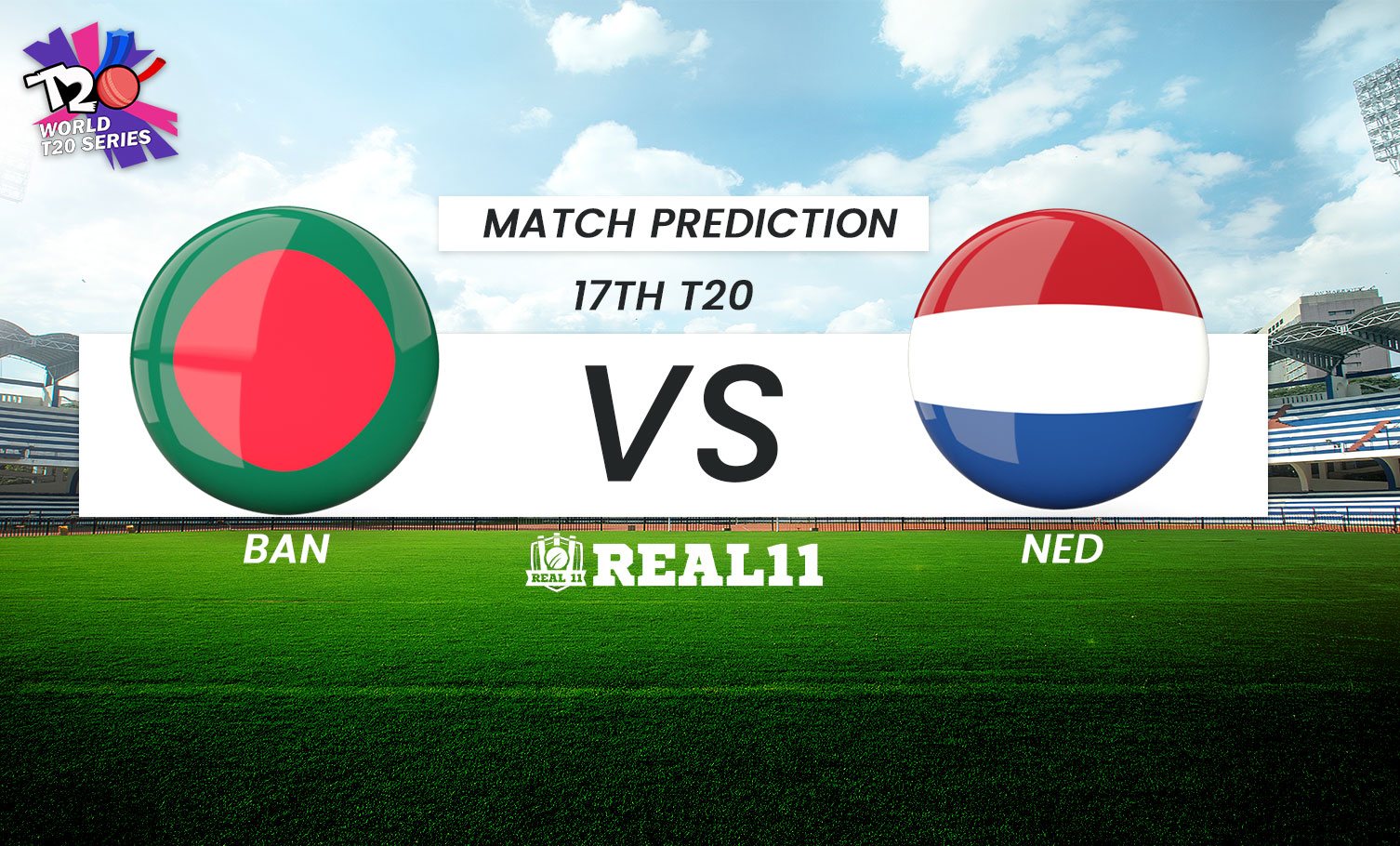 Bangladesh and Netherlands are set to clash on Monday, 24th October for the 17th match of the World T20 Series 2022. The match is scheduled at the Bellerive Oval, Hobart.

These are the two teams that have not been given much attention by the experts. Thus they would be much curious to make a statement at the beginning of the Super 12. The Netherlands were brilliant in their group performance and would be much more confident against the Bengal Tigers. They gave a very tough fight against the Sri Lankan team to be the second-best team in the group stage of the World T20 Series 2022. On the other side, Bangladesh couldn't stand up to the expectations, the team dreamed off to be a few years ago. Mahmudullah was dropped from the team which bought about a captaincy change. Team talisman Sakib Al Hasan will take charge as the leader and would try to bring about a revolution in the team.

The surface at the Bellerive Oval in Hobart are favourable for the batting side. The ball comes swiftly onto the bat and the batters enjoy the game on a steady-paced wicket. The captain winning the toss usually prefers chasing first, as the pitch becomes more and more inclined towards batters as the game progresses. Six games of the World T20 Series had been played on this field so far and teams batting first and second have won an equal amount of matches. 170 runs are expected to be the par score here.

The weather estimates a very warm and sunny day with low humidity.

Liton Das (BAN)- He has provided a fantastic service as the wicketkeeper along with his excellent batting skills. He scored 85 runs in the previous 3 matches. His performance is also expected to get better because of the importance of the marquee event.

Max ODowd (NED)- He got into his sublime form during the previous encounter. He has been one of the best performers in the shortest format of the game for the Netherlands team over the years.

Shakib Al Hasan (BAN)- The experienced all-rounder has been re-elected as Bangladesh’s skipper and a lot of responsibility is now on his shoulders the team management would surely aim to qualify for the semi-finals on his back.

Bas de Leede (NED)- He played a vital role in the previous match after scoring 14 runs and also adding 2 wickets showcasing his all-around ability to retain consistent contributions as a potential threat to the opponent team and as a perfect game-changer.

Mustafizur Rahman (BAN)- He will be the lead bowler for the Bengal Tigers and the team would rely on him for some early breakthroughs as well as quality death bowling to restrict the flow of runs. He is not in his best form and the squad would hope for his quick return if they want to perform well in this World T20 Series.

Paul Van Meekeren (NED)- He is a full-time wicket-taker for the Dutch side. His pace and bounce would undeniably reap positive outcomes on the pitches of Australia if used wisely.

Bangladesh have been in poor form for a while and would definitely like to get some momentum from this match to get carried away with great force. While the Netherlands are coming off a real good start and would just need to keep that confidence. Both the teams have clashed on three occasions in T20Is and the Bengal Tigers have won two games, whereas the Netherlands have won only one game. But, considering the form, and the spirits of both the teams, we back the Netherlands to win this game.