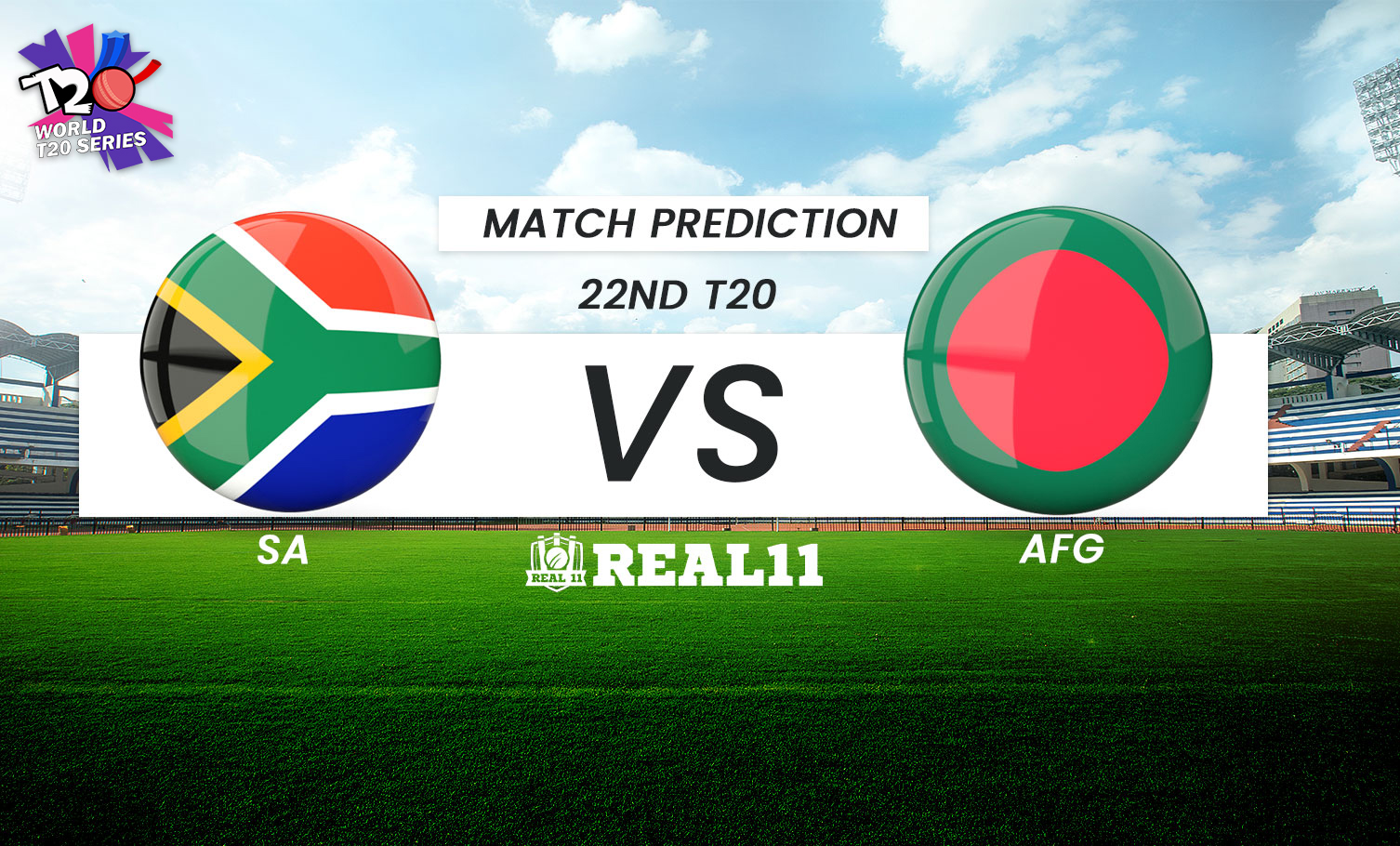 South Africa will face Bangladesh in match 22 of the T20 World Series 2022 on Thursday. Due to rain, South Africa was denied full points in their first game of the tournament against Zimbabwe. They were on track in the run chase in a reduced game, only 13 runs behind the total when rain washed out the entire game. Quinton de Kock was impressive and scored an unbeaten 47 to give his team a blistering start. It’s hard to see Reeza Hendricks warming the bench despite his staggering performances this year. The proteas were unlucky to lose crucial points in their opening game and will be striving for a win against Bangladesh on Thursday.

Bangladesh, on the other side, defeated the Netherlands by 9 runs in the second round of the T20 World Series, securing their first-ever victory in the tournament. Batting first, they scored 144 runs thanks to contributions from Afif Hossain, Najmul Hossain Shanto, and Mosaddek Hossain, then afterwards Taskin Ahmed dazzled the Dutch batsmen with his ferocious bowling effort. Batting has been their major concern as they lack a specialist batter in the middle order. Ahead of this exciting encounter, let us have a look at how these two teams will fare out in Thursday’s clash.

It's a batting-friendly pitch that stays consistent throughout the game, but chasing more than 180 runs is difficult. Bowling first has been a preferable option on this wicket.

On match day, the Sydney weather forecast predicts scattered clouds but no rain. We should be able to witness a full match.

Rilee Roussouw- Rilee Rossouw is an aggressive left-hand batter in good form who is poised to make a statement in the tournament. He averages 37.2 in T20Is

David Miller- The veteran is in menacing form off late. He averages 33.2 and has a startling strike rate of 145 in his 106 T20I match career.

Shakib Al Hasan- The Bangladesh skipper is arguably the best all rounder in white ball cricket. He can bowl, bat and is a gun fielder.  He scored 7 runs and picked up a wicket against Netherlands.

Lungi Ngidi- Lungi Ngidi was South Africa's pick of the bowler in the washed-out game against Zimbabwe, picking up two wickets at an economy rate of ten. He is expected to perform well once more in this game.

Taskin Ahmed- The left arm pacer is fast, quick and accurate. He took 4 wickets in the last game against Netherlands and would be hoping to continue his dream form.

We predict South Africa to win this match. 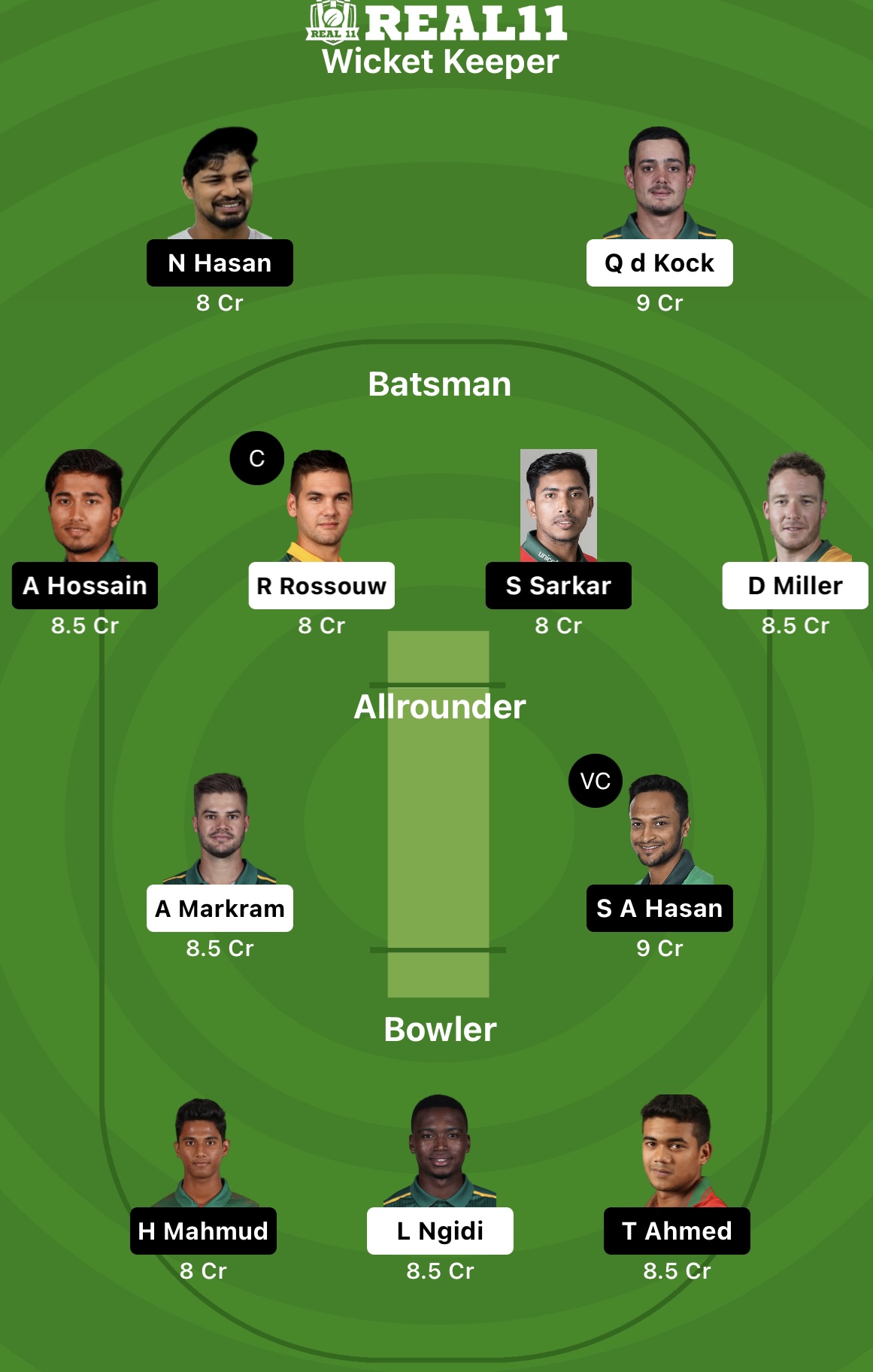