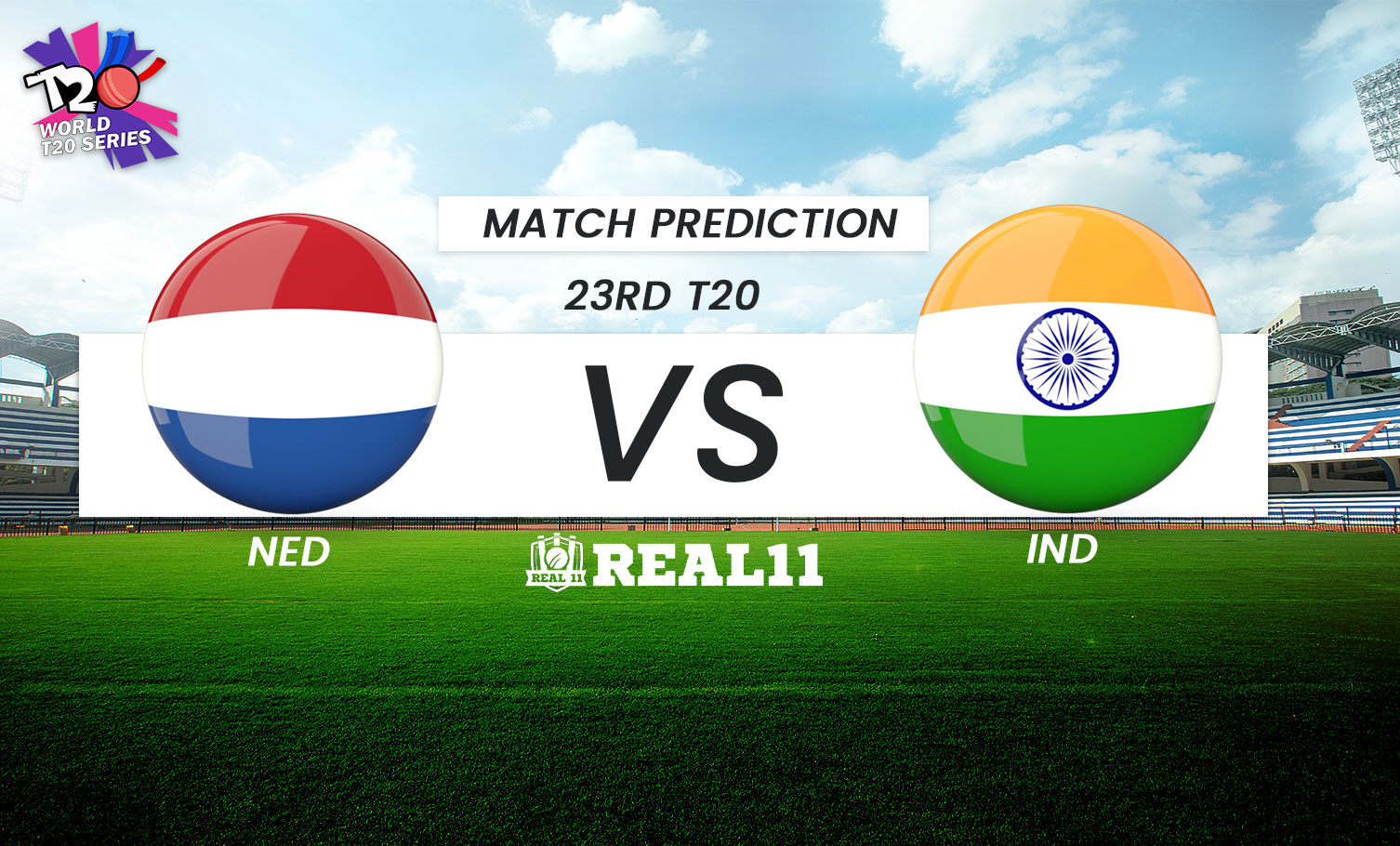 India will meet the Netherlands in match 23 of the T20 World Series 2022 on Thursday. India held their nerve against arch rivals Pakistan in a tight contest, prevailing by four wickets on the final ball of the game. Virat Kohli scored an unbeaten 82 to help his side win the match. Hardik Pandya's all-round heroics, in which he claimed three vital wickets and scored 40 runs, was overshadowed by his (Kohli’s) sensational innings. Lokesh Rahul and Rohit Sharma once again failed to contribute in a crucial match. The opening pair will be keen to return back to form when they take the field against the Dutch on Thursday. Seamers took advantage of the conditions and bowled brilliantly, contributing to the victory. They had the desired start and must maintain that form for the remainder of the competition.

The Netherlands, on the other hand, failed to get going with the bat against Bangladesh, ultimately losing by 9 runs. They did an excellent job of limiting the Bangla Tigers to 144 runs, but despite Colin Ackermann's lone-man performance, they fell short of the mark. They paid the price for two run-outs. It's a wake-up call for them, and competition will heat up from now on. It will be intriguing to see how they fare against a powerful unit like India.

The Sydney Cricket Ground pitch has been more batting friendly than the other Australian grounds so far. It is an ideal cricket wicket, with some surface purchase for hitters, bowlers, both spinners and pacers. The pitch at the SCG for this match would be a used one, as India and the Netherlands will play directly after Bangladesh and South Africa. As a result, the par score should be lower than usual. The par score is projected to be between 160 and 170 runs.

On match day, the Sydney weather forecast predicts scattered clouds but no rain. We should be able to witness a full match.

Dinesh Kartik: The right handed wicket keeper batsman has been a revelation for India down the order. He is technically sound, can score runs at a brisk pace and is pretty handy behind the wicket.

Virat Kohli: The swashbuckling batter has started the tournament well. He scored a match winning 82 in the last game against Pakistan. Expect the former skipper to continue his dream form.

Rohit Sharma: Sharma struggled in the last game. He was dismissed cheaply in the opening game but we fancy the dashing batter to come good on Thursday.

Hardik Pandya: Pandya played an instrumental role in India’s victory over Pakistan. He picked three wickets with ball in hand and then scored 40 to guide his side home.

Bas De Leede: De Leede has been Netherlands standout player in the competition thus far. With 9 wickets in 4 matches, the exciting all rounder is the leading wicket taker.

Arshdeep Singh: The young speedster took a three-fer in the previous clash. He is an excellent new ball bowler who can move the ball both ways.

The men in blue are firm favourites to win this encounter. They have good balance within their squad and are far more experienced than their counterparts. 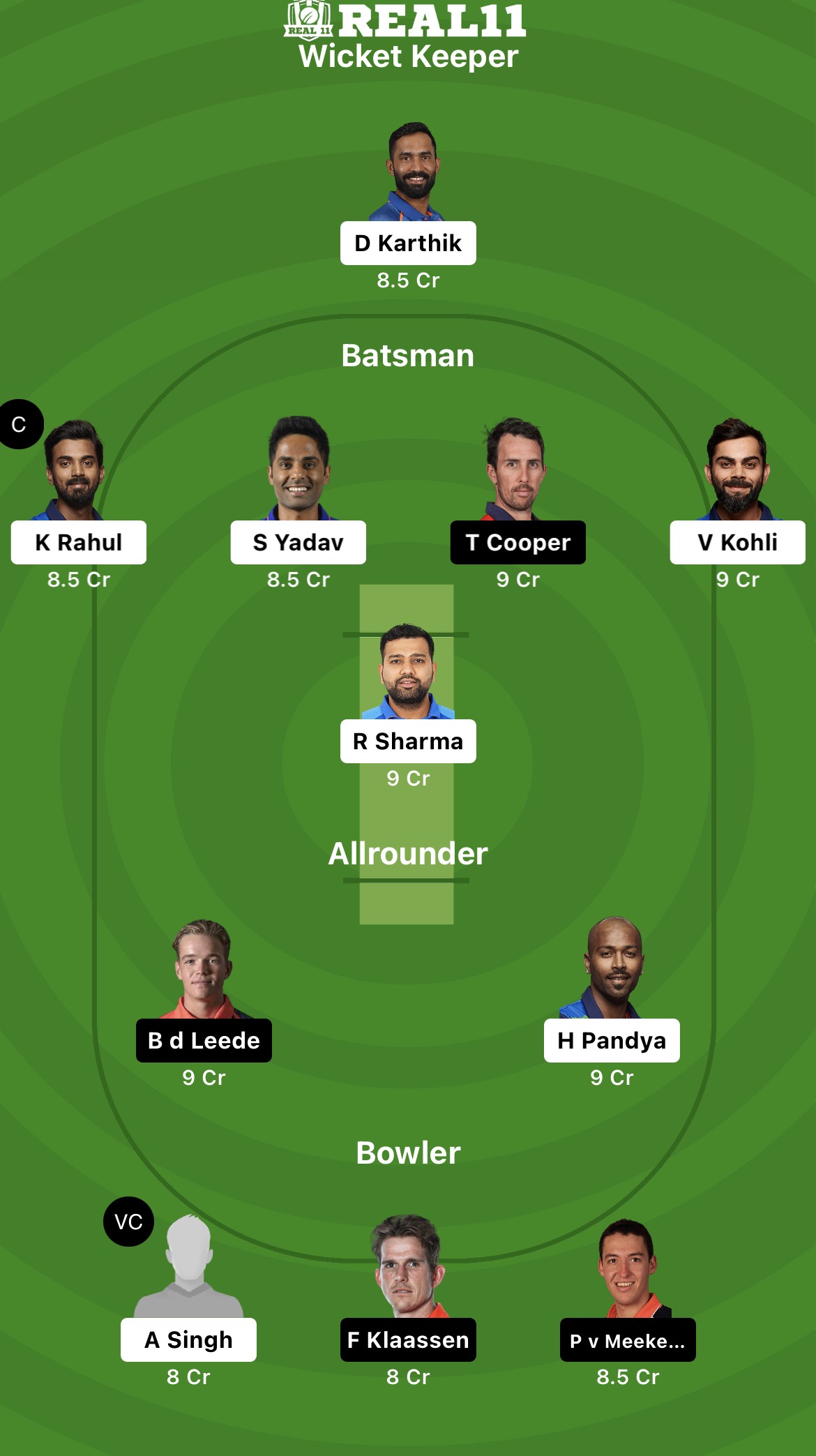