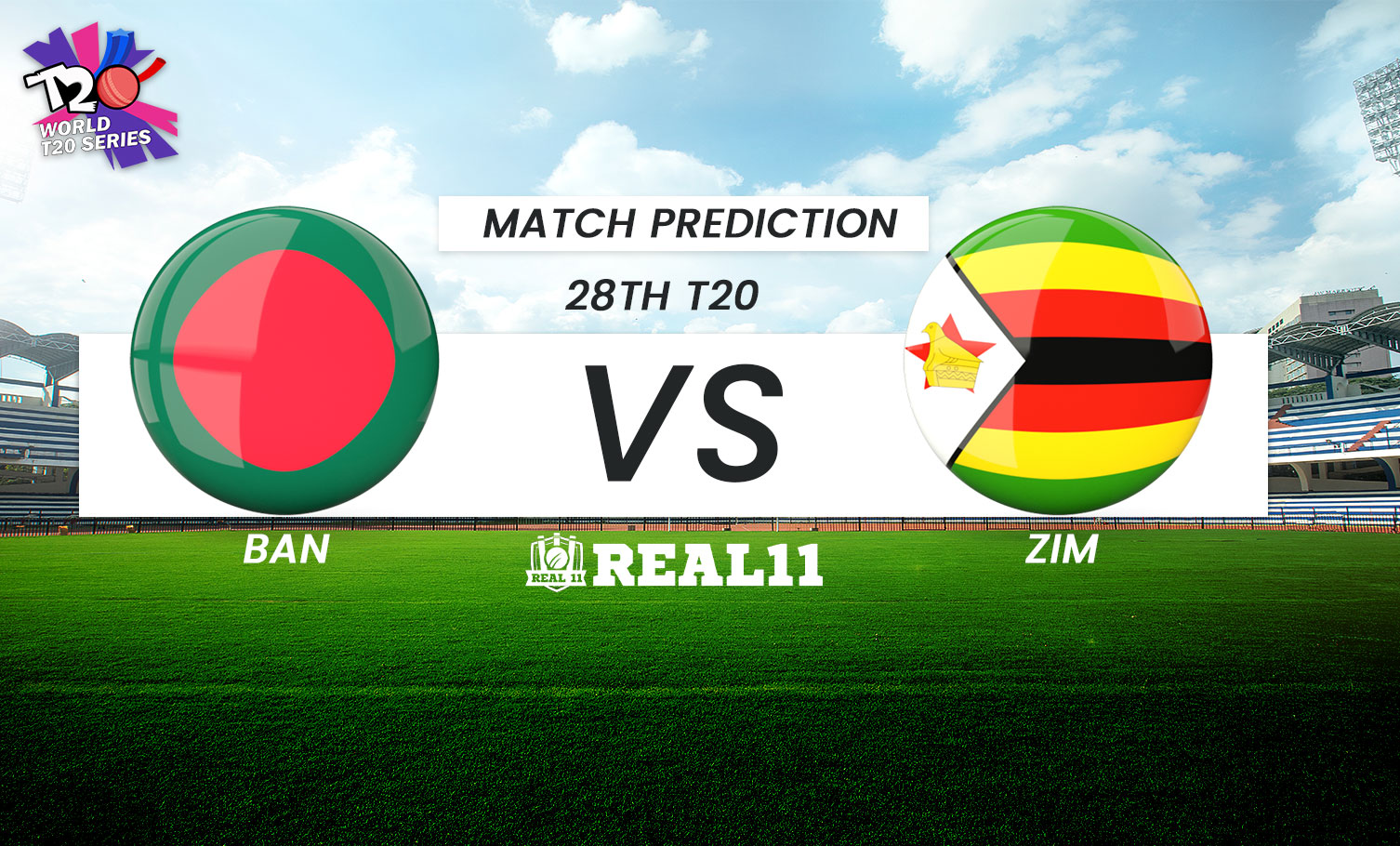 Bangladesh will lock horns with Zimbabwe in the 28th match of the  T20 World Series 2022. The match will be held in the Gabba Stadium, Brisbane on Sunday, October 30.

Bangladesh started their World Series journey with a winning start against the Netherlands by 9 runs but faced a humiliating defeat in their following match against the Proteas by a massive margin of 104 runs. The Bengal Tigers are in a transition stage at this movement and is lacking momentum. It’s tough for skipper Sakib al Hasan to single-handedly bear the pressure and lead from the front. He needs support from his teammates to regain their form as they previously have good records against Zimbabwe.

On the other hand, Zimbabwe are one of the underdogs, who have caused a huge upset in this T20 World Cup 2022, by defeating Pakistan in their previous match. The match was an absolute thriller and in the end, Zimbabwe snatched away the victory by a margin of just a single run. They demonstrated a lot of strength in defeating a low-scoring total of just 130 runs. Sikandar Raza has been in the form of his life in this tournament picking up 8 wickets at an economy of just 6.06 runs. Also, the decision of changing Tendai Chatarawith Brad Evans also turned out to be the match-winning one. With one win and no result in this competition so far, they are occupying third place in the Group 2 Points table with 3 points. They need to win this match in order to keep their semi-final dream alive.

Till now Gabba hasn’t hosted any matches as part of the T20 World Series 2022. Still, the first innings average in T20s on this venue is 170 runs and the powerplay score stands between 40-55 runs.

The weather at Gabba on Sunday seems to dry with little hints of winds. Maximum temperature can go up to 30 degrees and minimum to 18 degrees

Liton Das (BAN)- He tried hard to bring back the momentum against South Africa and smashed 34 runs at a strike rate of 109.67. Also being good with the gloves makes him a perfect wicketkeeper choice for your team.

Craig Ervine- The captain has led his side quite well in this competition. He has made 88 runs at an average of 22 with the highest score of 58, in this tournament.

Sikandar Raza- He has showcased phenomenal class in this tournament so far and has bagged 3 Player of the Match awards. All thanks to his classy all-around performances. In the previous 5 matches, he has smashed 145 runs at an average of 29 and taken 8 wickets having the best figures of 3 for 19.

Shakib Al Hasan- The most trusted player of the Bangladesh squad is a lone warrior nowadays as he carries his team in most of the matches. He is quite skilled in scoring points with his all-around display. The Bangladeshi captain has picked up 3 wickets and scored 8 runs in his last 2 outings.

Blessing Muzarabani- He is turning out to be a major threat to the opponent batters. He has picked up 7 wickets with the best figures of 3 for 23, so far in this tournament.

Though Zimbabwe pulled off an amazing victory against Pakistan by just one run in a last-ball thriller, we cannot take them to be on the top of the hill. Bangladesh is a more experienced side who have beaten them many times and also reached this level of the tournament several times before, so we fancy the Bangla Tigers to win this match.