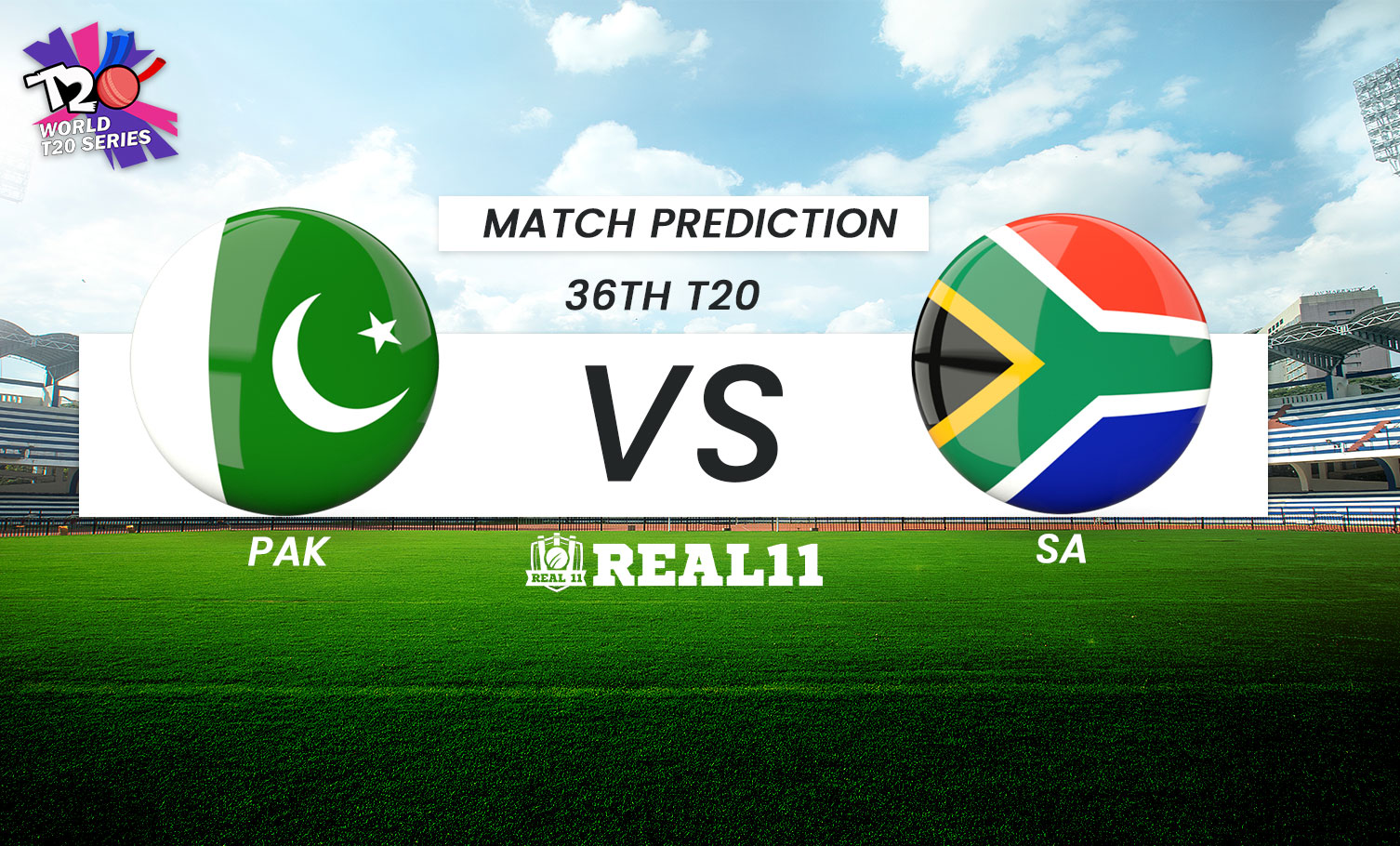 Pakistan and South Africa will square off in match 36 of the ongoing World T20 Series on Thursday, November 3 in Sydney. Pakistan are precariously placed at the second last position in their group with only a solitary win in three matches. They secured a comfortable six wicket win over Netherlands in their last outing. The move to include Mohammad Wasim Jr in the playing XI has worked well for the men in green. The young fast bowler has instantly created an impact and with 6 wickets in just two games is one of Pakistan’s leading wicket takers in this edition of the competition.

With 2 wins in three matches, the Proteas are positioned at the top in Group 2. In their previous fixture, Bavuma and co were clinical in all three fronts to dismantle the men in blue. They first restricted them to 133 then chased down the target with two balls to spare. They will rely on the contributions from Aiden Makram and David Miller with bat in hand. Lungi Ngidi and Anrich Nortje will be the South African bowlers to keep an eye on.

The pitch at SCG has assisted the spinners on most occasions in this tournament.  Teams batting first have won all four matches played at this venue. The conditions are believed to be ideal for a cricket match.  The weather forecast projects temperatures ranging between 13 and 20 degree celsius.

Quinton De Kock- Although Quinton failed to make an impact against India in the last game, he has been in superb form in T20Is. With 111 runs in three innings and a strike rate of 188.13, he has been a key batsman for the Proteas in the competition.

Mohammad Rizwan- Rizwan hasn’t had the best of tournaments thus far. However, he did find some form in the last game against the Dutch.

David Miller - Miller played a scintillating knock in the last game against India. He is in excellent form at the moment and would be eager to continue his golden run.

Rilee Rossouw- The southpaw ever since his return to international cricket has hardly put a foot wrong. Despite his failure in the last game, we back the stylish top order batter to do well in this game.

Aiden Makram- Aiden Makram is a solid top order batter He averages 40.09 in the shortest format. He has scored 62 runs in two innings in this tournament, with 52 coming in his most recent performance against India.

Shadab Khan- The skillful bowling all rounder has shown promise with both bat and ball in hand. He possesses immense control and discipline with the ball and is an extremely handy batsmen down the order.

Lungi Ngidi- Ngidi has been SA’s leading wicket taker this year in the World Series. The exciting prospect has made life difficult for the opposition batters; particularly during the powerplay.

We predict SA to win this enthralling encounter. 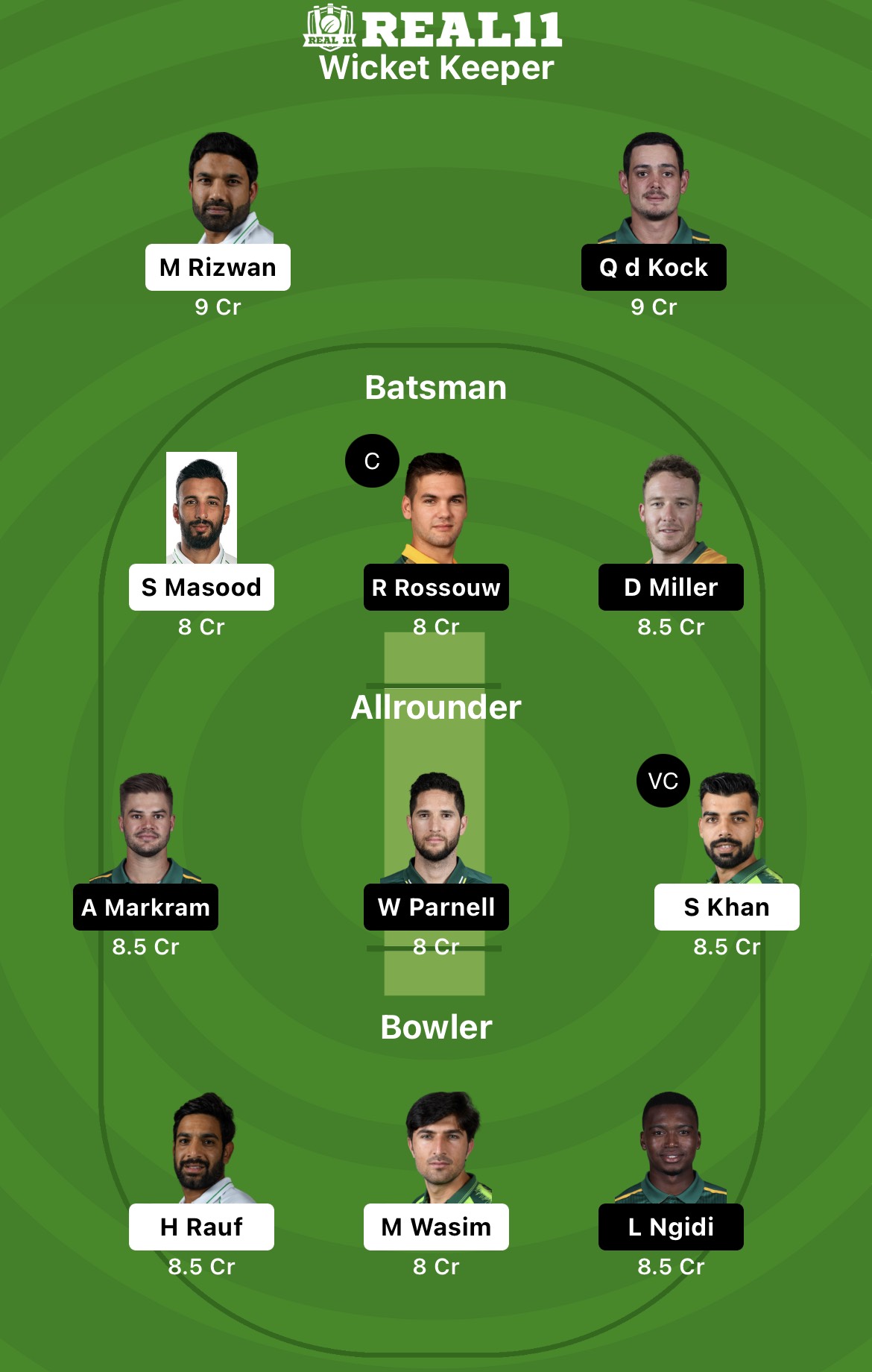