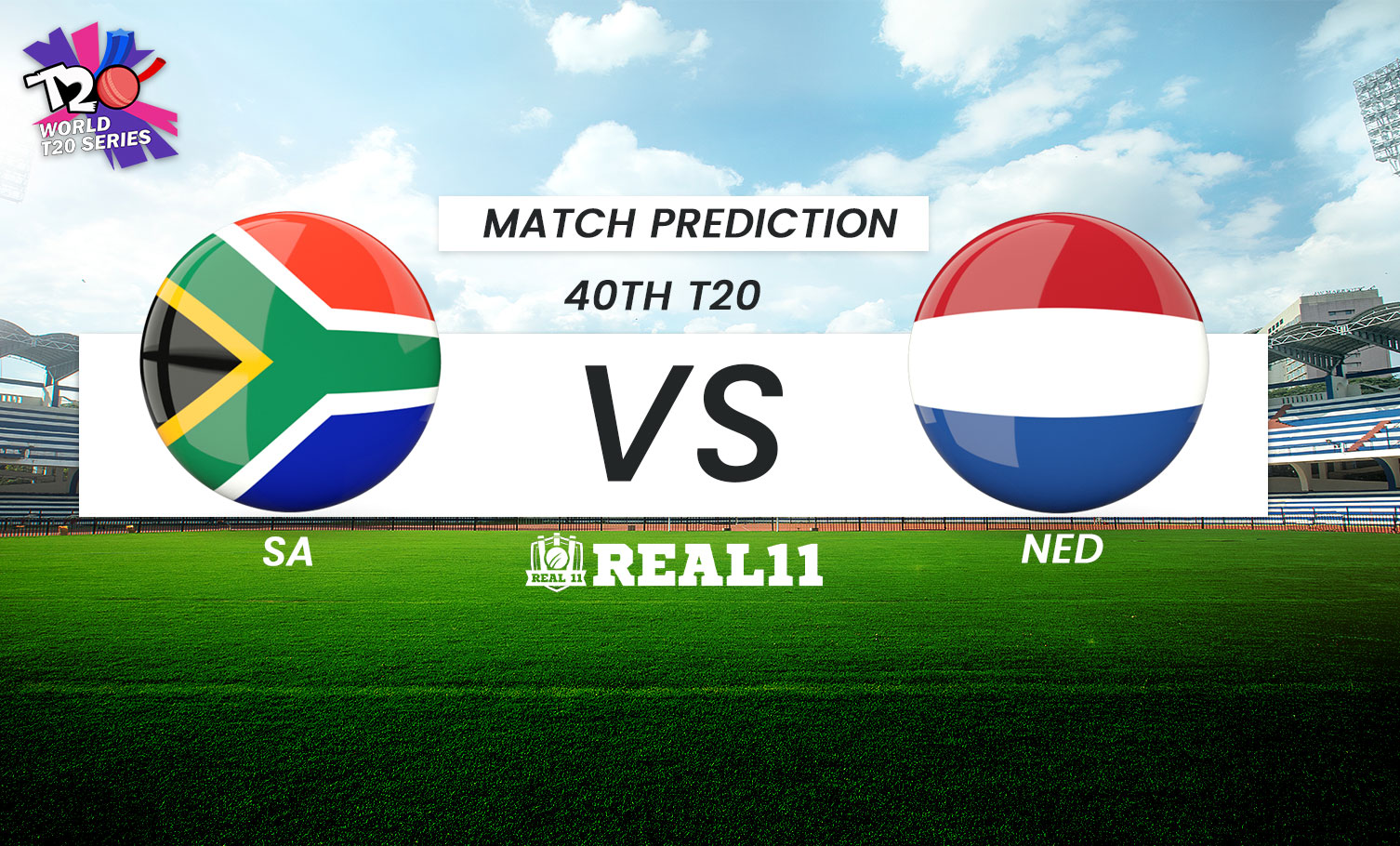 South Africa will face the Netherlands in Match 40 of the World T20 Series 2022 at Adelaide Oval. It will be a must-win game for the Proteas to get to the semi-finals. South Africa failed to chase a target of 142 runs in 14 overs against Pakistan in their previous league encounter and will want to improve their performance. Aiden Markram and Anrich Nortje will be their key players.

The Netherlands, on the other side, has only won one of their four games. But they have the skill to pull off an upset in this game and finish the tournament on a high note. In their last match, the Netherlands easily chased down the total of 118 against Zimbabwe. Max O'Dowd and Paul Van Meekeren have been their standout players and will once again play a crucial role on Sunday.

The pitch at Adelaide Oval has been suitable for batters. Pacers will extract good bounce and carry from the wicket while the spinners will have to be very particular with their lengths. The first innings par score ranges between 160 to 170.

The weather for the game will be bright and sunny, with a temperature of approximately 26 degrees. There will be no rain during the match.

Quinton De Kock- De Kock missed out in the last game, but we fancy him to do well against Nederland’s fragile bowling attack. He has had a start stop tournament thus far, and he would be eyeing to end the Super 12 on a high.

Max O’ Dowd: Max O'Dowd is one of the tournament's leading scorers, with 213 runs in seven innings at an impressive average of 35.50. He hit 52 off 47 balls in his last game against Zimbabwe.

Aiden Makram: Aiden Makram is a solid batsman in crunch moments. He puts his foot on the gas to accelerate at the perfect time. He has 82 runs in three innings, with the top score of 52.

Bas De Leede- Bas De Leede has put the tournament on fire with his string of impressive performances. With 11 wickets in 7 matches, the exciting all rounder is amongst the leading wicket takers in this competition.

Wayne Parnell- Parnell provides depth to SA’s batting. He can hit a long ball and is very capable with the ball in hand.

Paul Van Meekeran- He is the most experienced pacer in the Dutch side and will be one of the top picks for this game. He has 10 wickets in seven games, with his best performance being 3/29 in the most recent game.

Lungi Ngidi- The lanky fast bowler has benefitted from the surface, allowing him to be dominating with pace and bounce. Ngidi has seven wickets in three games, with a high of 4/29.

We predict the proteas to win this encounter. 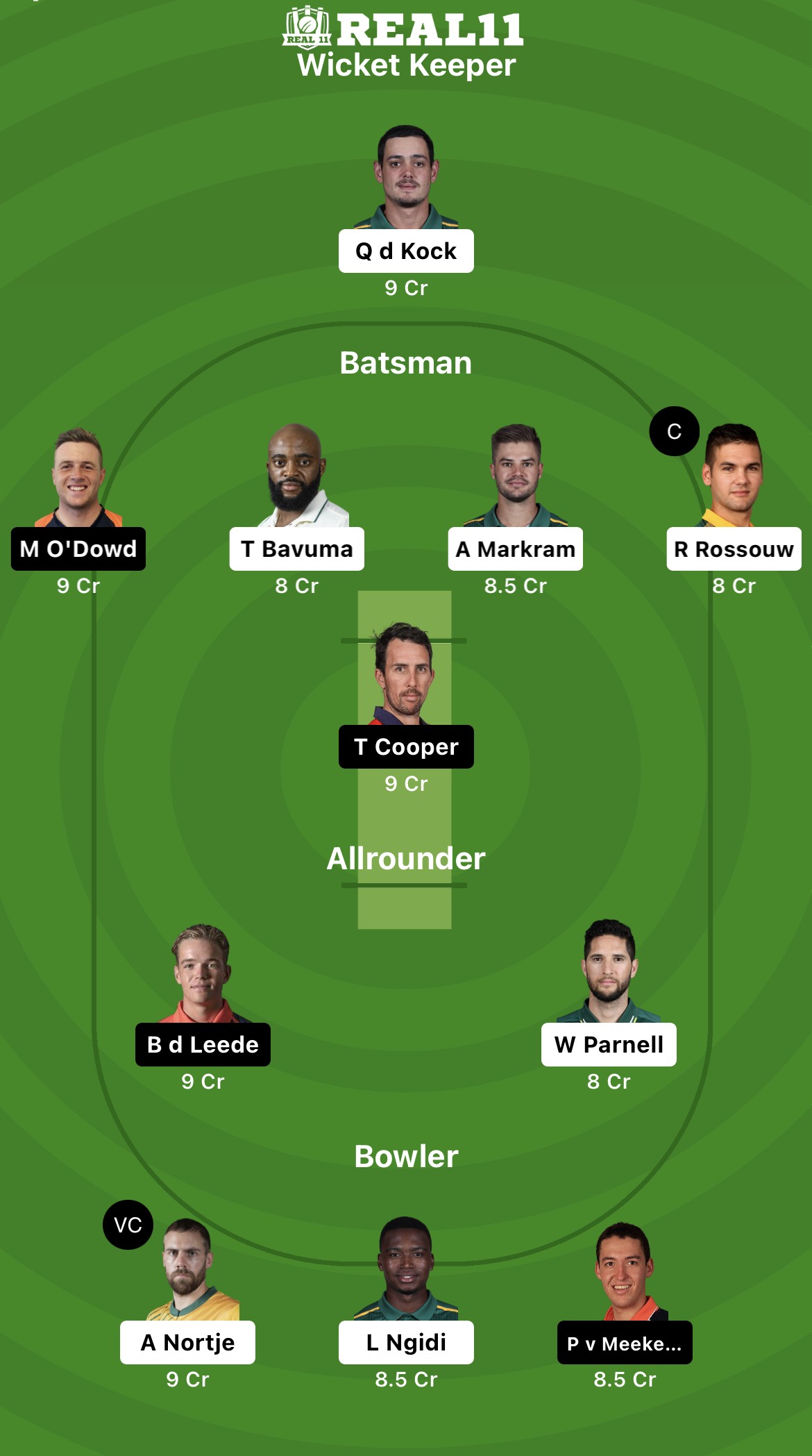