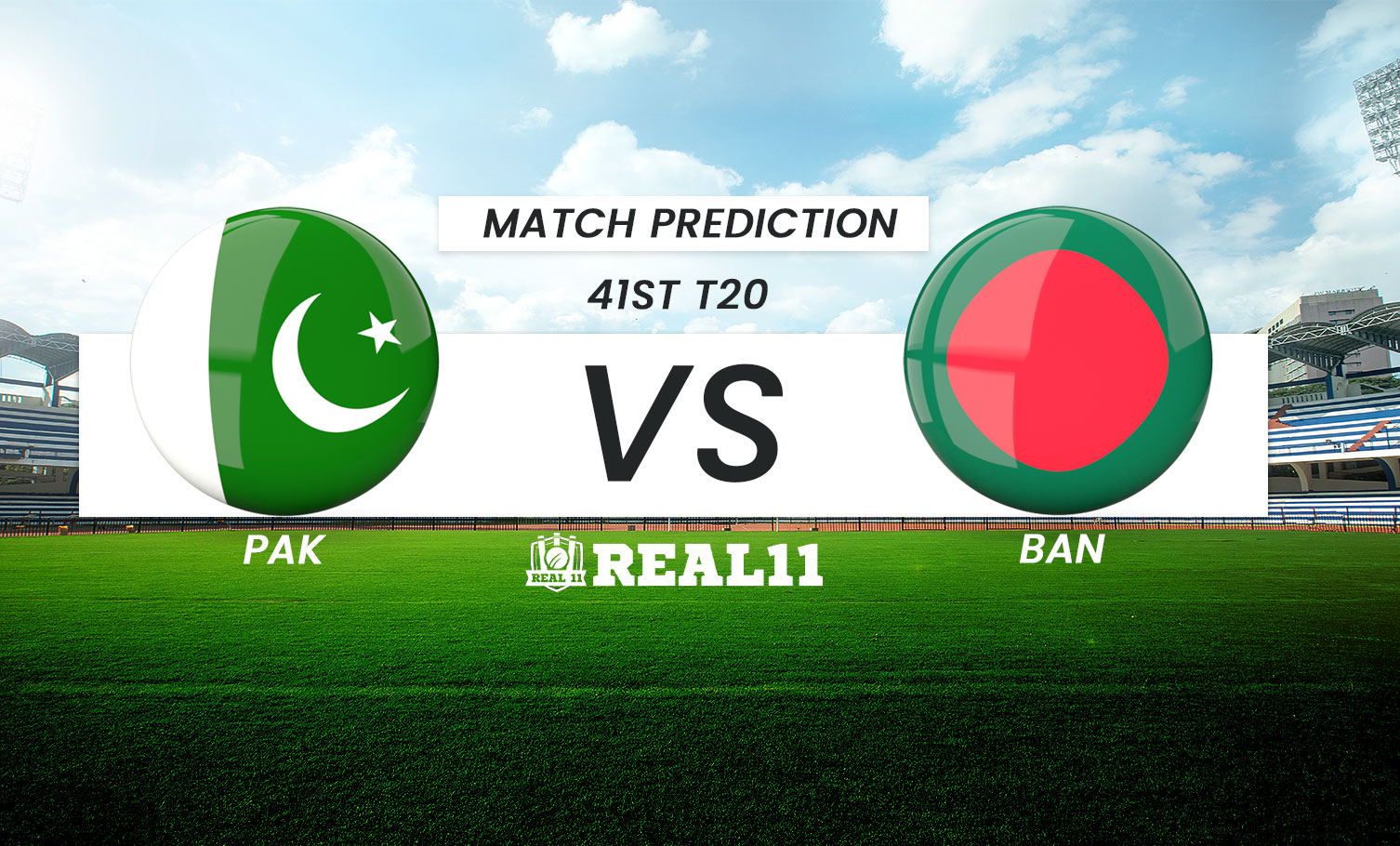 Bangladesh and Pakistan meet in Adelaide on Sunday, with their fates in their own hands, although to a lesser extent - Pakistan is more likely to make the semi-finals than Bangladesh. Neither of them will make it, but a win will go a long way for two teams who have been inconsistent so far.

Bangladesh may still be stinging after their five-run setback to India, which was followed by allegations of fake-fielding against Virat Kohli. Bangladesh might feel unfairly done after starting the chase on a scorching note and coming agonisingly close to victory, albeit they haven't made any excuses.

Regardless of the outcome, Bangladesh made progress in the game. Litton Das eventually broke out of his shell to score a stunning half-century, Taskin Ahmed bowled an efficient four-over stint with the new ball, testing India's top-order hitters, and Mustafizur Rahman appeared to be in his stride at the death. Taskin and Nurul Hasan even hammered India's bowlers in the latter stages of that game, but Bangladesh's middle order should ideally do that.

Pakistan will be mindful of Bangladesh's demographic imbalances. They recently met in Christchurch in a tri-series aimed to prepare for the World Series; Pakistan won both games, but with a fight on both occasions.

Pakistan will be concerned, particularly due to the dismal performances of Babar Azam and Mohammad Rizwan. Babar has been expelled three times with single-digit scores. Fortunately for them, their middle order has demonstrated big-hitting ability in important occasions, particularly Iftikhar Ahmed and Shadab Khan.

All rounders Mohammad Nawaz and Mohammad Wasim have also contributed consistently, and don't forget that Pakistan has impactful fast bowlers with the ability to beat Bangladesh, who frequently struggle against pace and bounce.

Three of the four matches played at the Adelaide Oval have been won by the team defending a total, with the average score batting first being 179. The small square limits have also aided teams. Because there is no rain anticipated for Sunday, a full game is expected.

Liton Das- Das played a superb knock against India in the last game. He will be keen to carry his good run against Pakistan on Sunday.

Mohammad Rizwan- Rizwan hasn’t had the best of tournaments thus far. He has been inconsistent and failed to convert his starts into something significant. But he is a big match player and we back him to do well in this game.

Shan Masood- Shan Masood provides balance to Pak’s batting. He keeps a steady head in the middle and keeps the scoreboard ticking.

Iftikhar Ahmed- Iftikhar’s blazing knock propelled PAK to 185 against SA. He is a powerful striker of the ball and is also very handy with the ball in hand.

Shadab Khan- Shadab Khan’s all round heroics powered Pakistan to a crucial win in the previous game. He is a foxy customer with the ball and a menacing batter down the order.

Taskin Ahmed- Despite being wicketless in the last game, Ahmed bowled well. The exciting pacer has picked 8 wickets in just 4 matches.

Shaheen Afridi- Afridi will shoulder the bowling responsibility for his side. He looked in good rhythm in the previous game and he will be keen to extend his decent form.

We predict Pakistan to secure victory in this encounter. 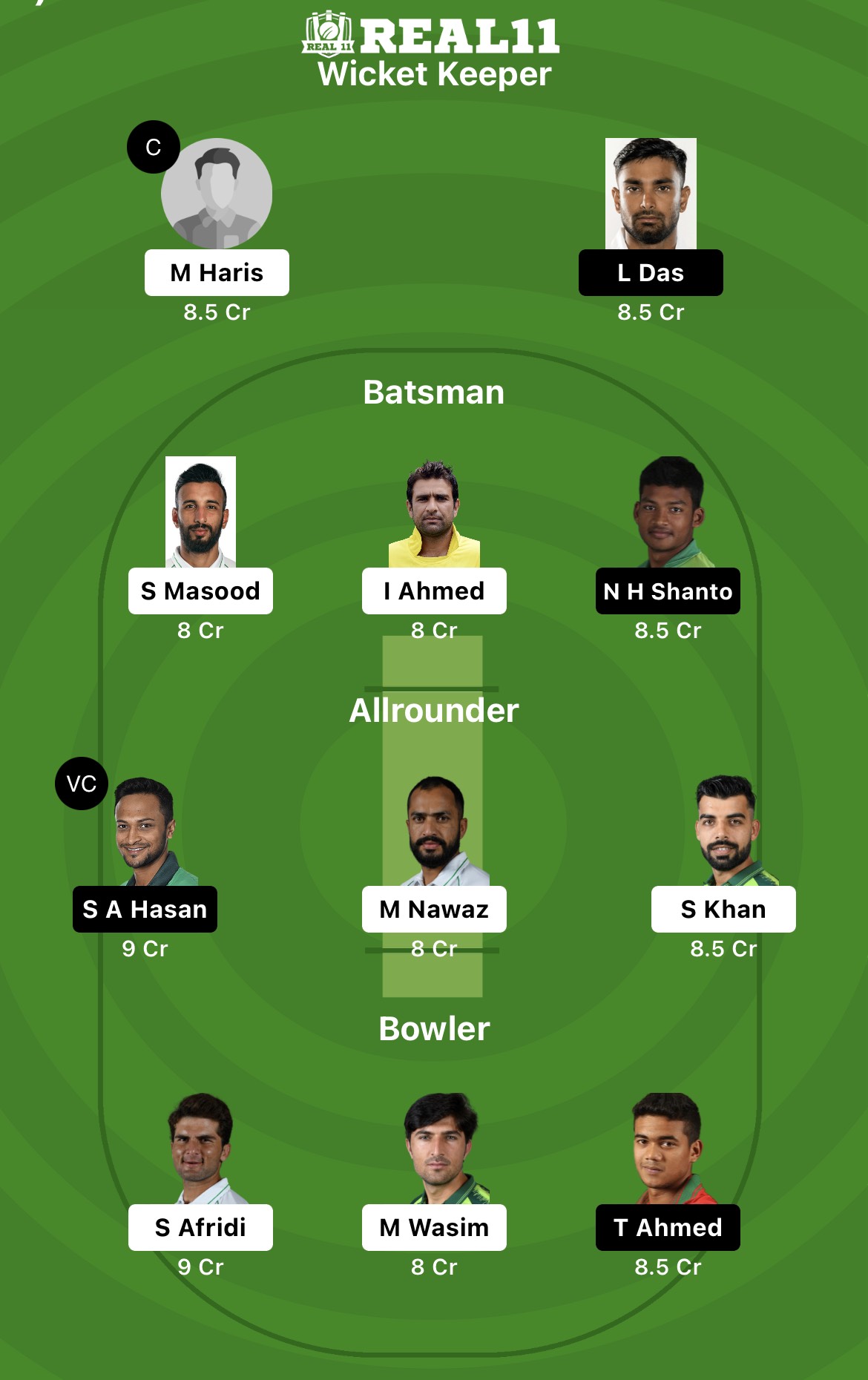