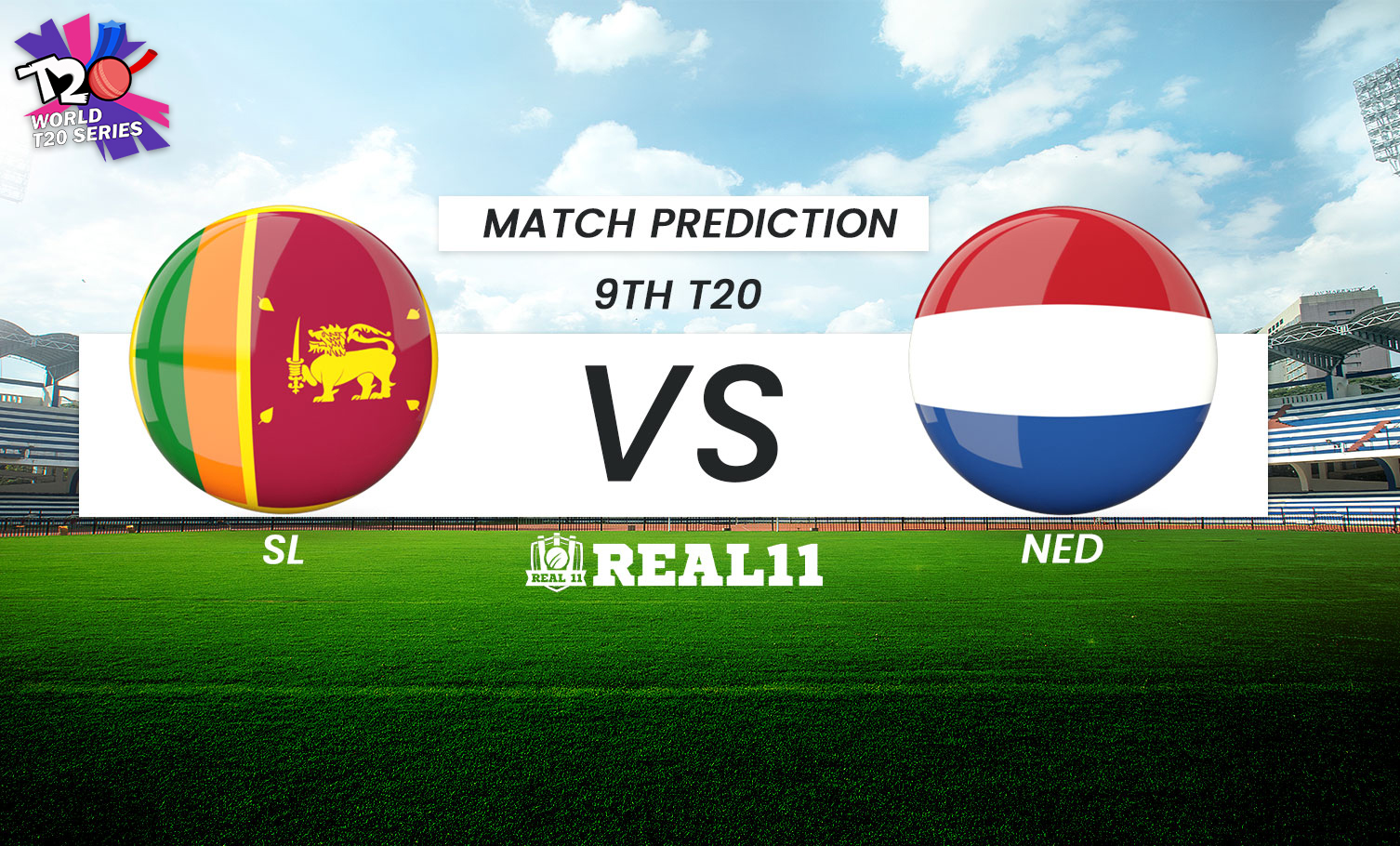 Match 9 of the World T20 Series 2022 will see Sri Lanka take the field against Netherlands. SImonds Stadium in Geelong will host this exciting Group A tie on Thursday.

Sri Lanka bounced back to comprehensively beat the United Arab Emirates (UAE) in their second match after losing to Namibia in their opening fixture. The convincing win over the UAE has helped them to bolster their net run rate and keep their Super 12 hopes alive.

Sri Lanka finished their innings on 152/8 after being asked to bat first. Prathum Nissanka (74) at the top of the order propelled the Lankans to a competitive total. The bowlers then stepped up and wrapped up the UAE innings at 73 to win the game by 79 runs. Dushmantha Chameera and Wanindu Hasaranga took 3 wickets apiece to bundle out the opposition batters under 100. They will now be eager to replicate their performance while facing the Dutch in their next clash.

Netherlands on the other hand are on a roll in the tournament so far. With 2 wins in two games, the men in orange have consolidated their berth in the Super 12 stage. Their bowlers did a commendable job in the last game against Namibia. Bas De Leede picked up two wickets to topple the Namibia batters. In the batting department Vikramjit Singh and Max O’ Dowd have shown promise. Ahead of this tantalising encounter, let us have a look at how these two teams fare out in today’s clash.

The pitch at Simonds Stadium is a bowler friendly track. Bowlers will get extra bounce off the surface and the batters will have to be patient early on in their inning. Scoring is a little tough because of the long boundary at this venue. The team that wins the toss should elect to bat first.

Temperature in Geelong is expected to range between 12 and 19 degrees Celsius.

Kusal Mendis- Kusal Mendis hasn’t had the best of starts to the tournament but it is just a matter of time before he comes good. He is an excellent strokemaker who when on song can make a mockery of the opposition bowling attack.

Tom Cooper- Tom Cooper is a white ball specialist. He has played various T20 Leagues around the globe and is vastly experienced. He will hold the key for the Netherlands on Tuesday.

Pathum Nissanka- The swashbuckling opener powered his side to victory with a blistering 74 at the top of the order in the last game against Namibia.

Bas De Leede- The Netherlands all rounder is in sumptuous form at the moment. He has scored 44 runs and picked 5 wickets in just two games.

Wanindu Hasaranaga- Hasaranaga has picked 4 wickets in two games and is slowly starting to find his groove.

Pramod Madhushan- Fast, accurate and a skitty customer off the deck, Madhushan will play a key role for SL on Thursday. He has picked 3 wickets in two games.

Mahesh Theekshana- The highly skillful spin bowler can cause trouble for the opposition batters with his control and clever variations. He has taken 3 wickets in the two games he has played so far.

Netherlands have hardly put a foot wrong in the tournament so far. Sri Lanka on the other hand bounced back well after a disappointing loss in their opening game. We predict the Lankans to carry the winning momentum and extend their winning streak to two games. 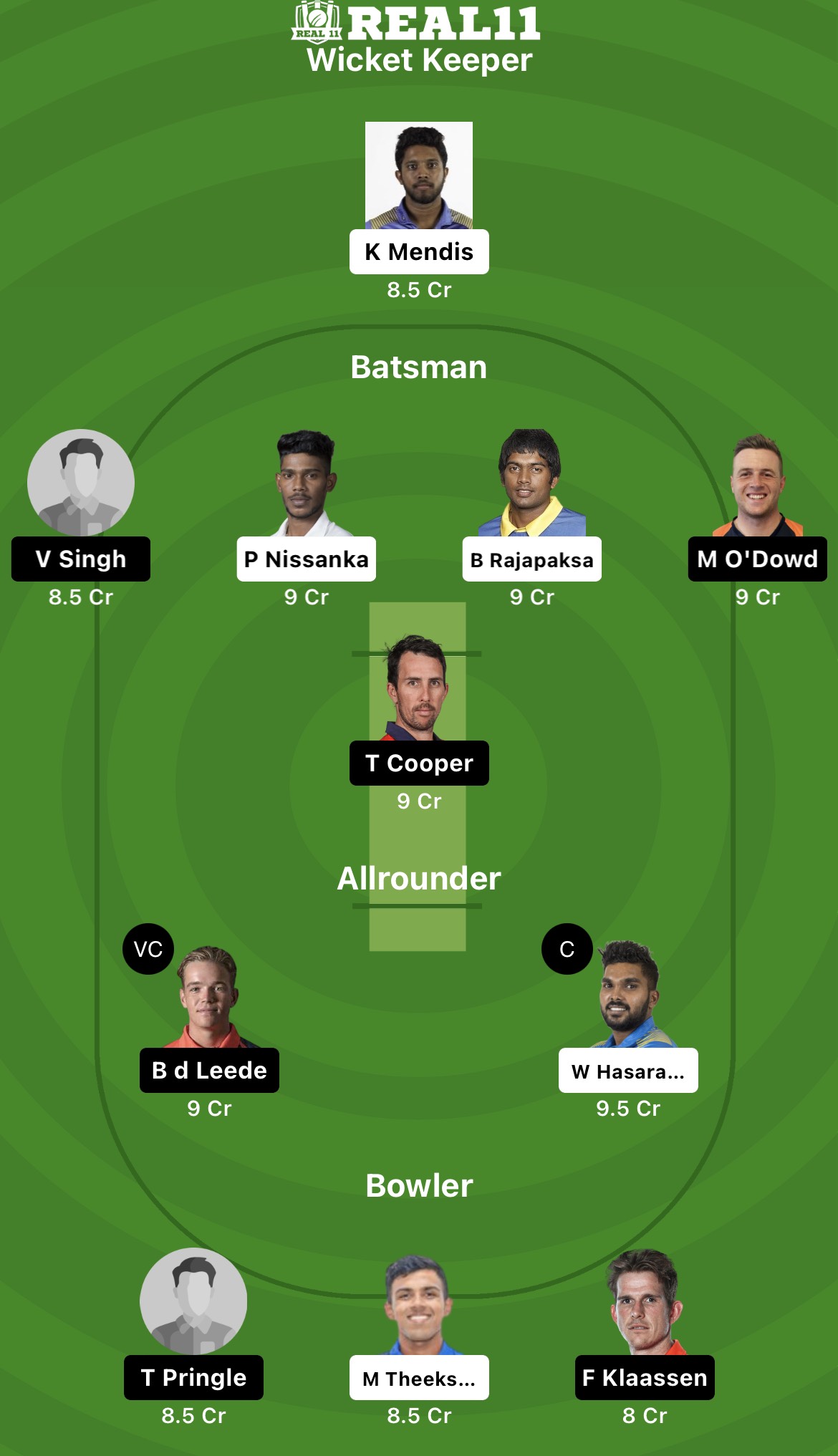