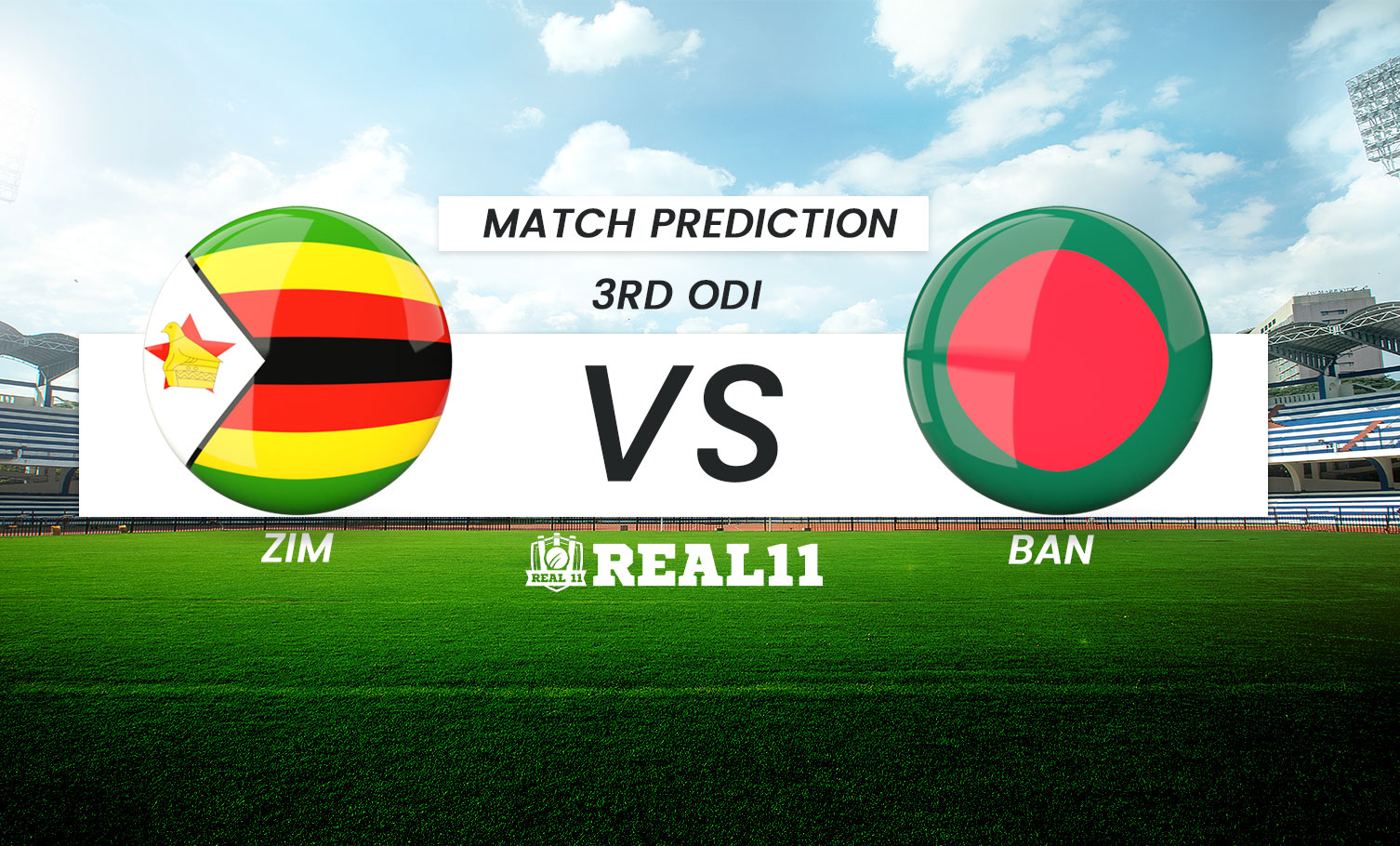 After gaining a 2-0 unassailable lead in the three match series, Zimbabwe will be eyeing to make it three in three and complete a historic whitewash against the visitors. Bangladesh on the other hand would be hoping to register their maiden win of the tour and end the series on a respectable note. The two teams will face each other for one last time in the ongoing tour on Wednesday, August 10 at the Harare Sports Club, Harare.

Zimbabwe have been ruthless in the tour thus far. They have outplayed Bangladesh in all departments of the game. Be it bowling, batting or fielding, the hosts have just been superior in every regard. Sikandar Raza, Innocent Kaia and Regis Chakabva have been their top performers with bat in hand. Raza in particular has been mighty impressive. It’s his consistency that makes him stand out. The 36 year old who has been around the international circuit for quite some time has amassed 252 runs in 2 innings at a staggering average of 126. Kaia is another batter who has grabbed headlines with his noteworthy performances. The talented batsman notched up his maiden ton in the series opener and played a key role in the successful run chase. Skipper Chakabva is another player to keep an eye on. The Zimbabwean skipper registered his maiden ton in the last game to guide his side home. The hosts however are struggling to find the right combination in the bowling prowess. Raza who has been their main man with bat in hand has also been their leading wicket taker with 4 wickets to his name. Ahead of the final encounter, they will look to address their bowling woes

Bangladesh have failed to click as a unit up till now. When their batters have risen to the occasion, their bowlers have let them down and when the bowling prowess has done well , Bangladeshi batters have struggled to score runs. Another reason behind visitors’ dismal show is their inability to round off games. On several instances Bangladesh have managed to lose games from winning positions. They ought to fill in these gaping holes in order to enjoy a favourable outcome. Tamim Iqbal, Riyadh Mahamudullah and Anamul Haque will be the batters to watch out for whereas Mehidy Hasan Miraz and Taijul Islam will have the onus to pick wickets.

The final ODI will be played at Harare Sports Club. The venue is suitable for batsmen where the ball will come nicely to the bat. Expect another high scoring affair. Bowlers may not receive initial assistance from the pitch but will gradually find the rhythm as the match progresses.

Zimbabwe are proving to be a force to reckon with. Bangladesh, despite having a good reputation in ODIs, are on the verge of facing a series whitewash against the hosts. Looking into the current form of the Zimbabwe squad, we fancy them to win this match and complete a 3-0 whitewash.