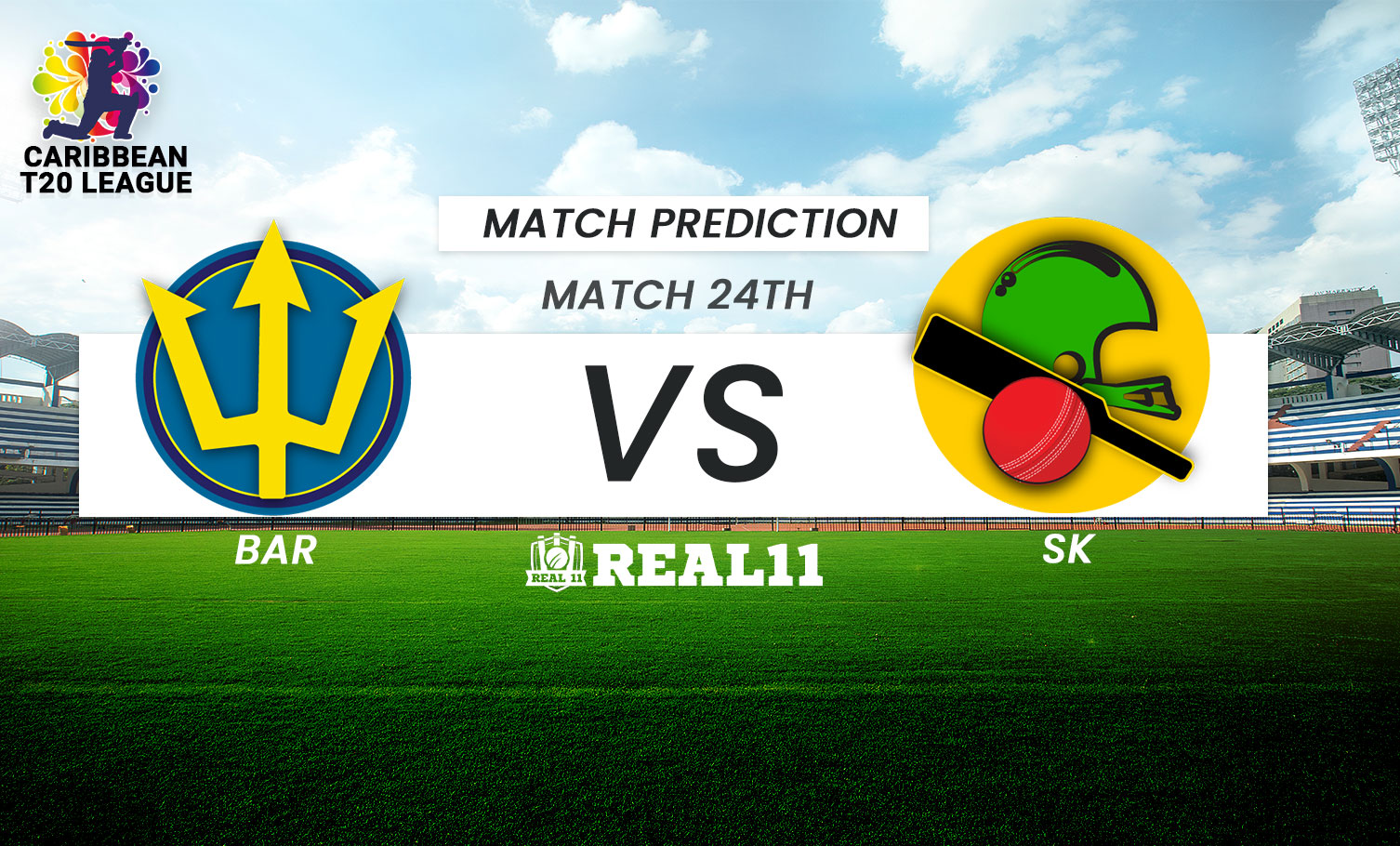 BAR have been regarded as the team to beat with seven wins in eight games. Their bowling attack has routinely delivered results while Kyle Mayers' batting brilliance has lit up the competition. SK, who are their competitors, haven't been very consistent, winning only two games so far. With Evin Lewis and Rashid Khan on their team, SK will be optimistic about their prospects against BAR. In conclusion, Guyana will host another exhilarating T20 thriller.

The Providence Stadium surface ought to be advantageous to both batters and bowlers, since the average first-innings total over the previous three games has been 155. In those three games, pacers have claimed 64% of the wickets and the spinners have been economical . Chasing will be the preferred tactic, with the pitch not expected to change considerably over the course of the game.

Kyle Mayers:  In Caribbean T20 League 2022, Kyle Mayers has been in outstanding form, scoring 295 runs at an average of 36.88. Even if his performance has dipped in recent games, he still ranks among the competition's top run scorers. Mayers is a must-have in your BR vs SKN Real11 prediction squad.

Jason Holder: In eight games, Jason Holder has taken 12 wickets at an average of 14.00. Holder has bowled well and has also scored 80 runs down the order with a strike rate of 126.98. Holder is a fantastic choice for your BR vs SKN Real11 prediction squad since he is in excellent form and is expected to bat higher up the order.

Rashid Khan: Rashid Khan has had a respectable start to the Caribbean T20 League 2022, taking four wickets at a 5.42 economy rate. In his previous Caribbean T20 League match against the Saint Lucia Kings, he claimed a few wickets. Rashid is an absolute must for any BR vs SKN Real11 fantasy team since he will undoubtedly contribute with the bat as well.

Andre Fletcher: Andre Fletcher has been SK's best batter with 207 runs in 6 matches. In the reverse fixture earlier in the season, Fletcher smashed a 55-ball 81.

BAR is in red hot form at the moment. With 7 wins in 8 matches, the Jason Holder led side are currently positioned at the top of the table. SK on the contrary are tottering at fifth place. We predict BAR to continue their domination and secure yet another victory in this encounter. 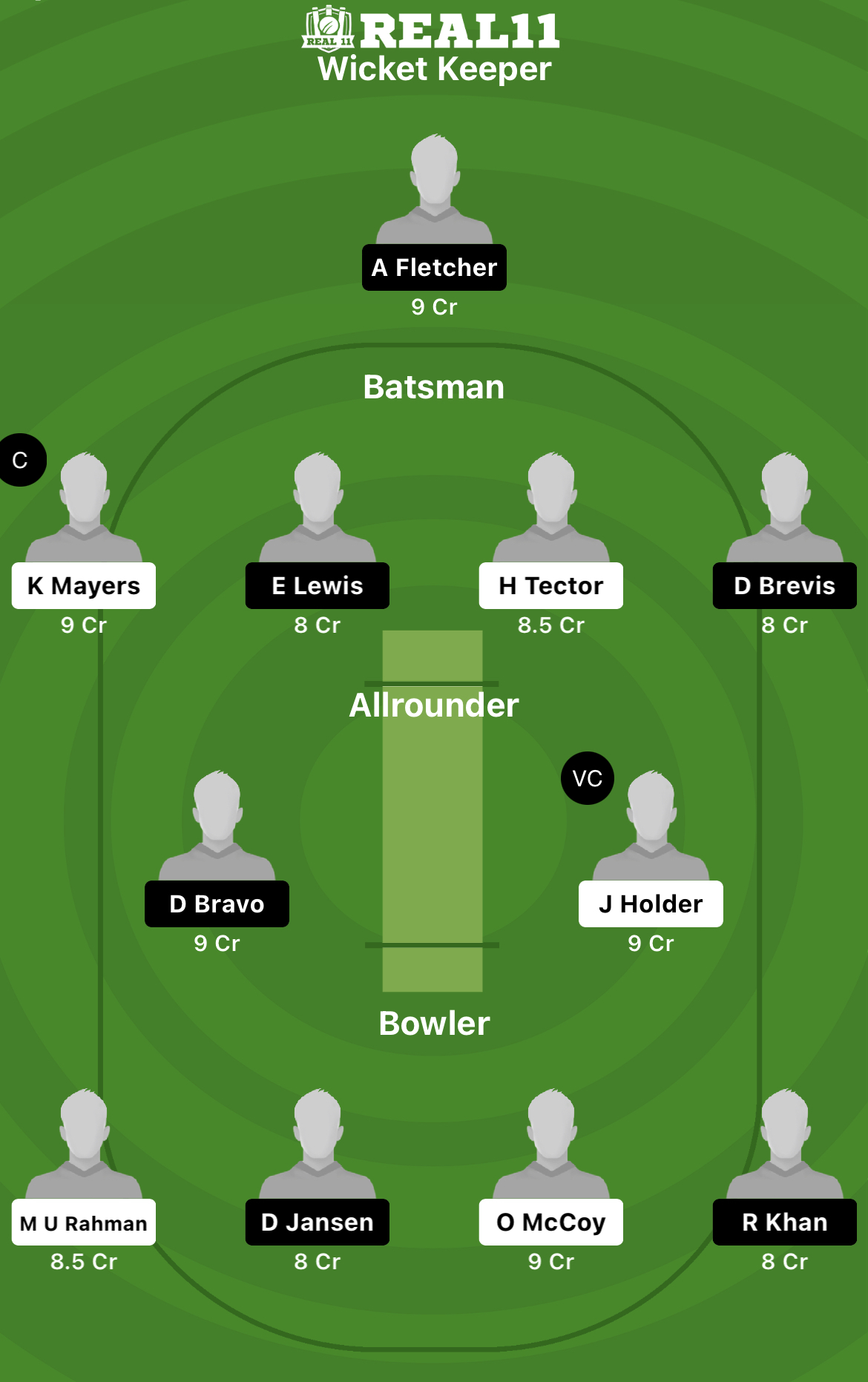