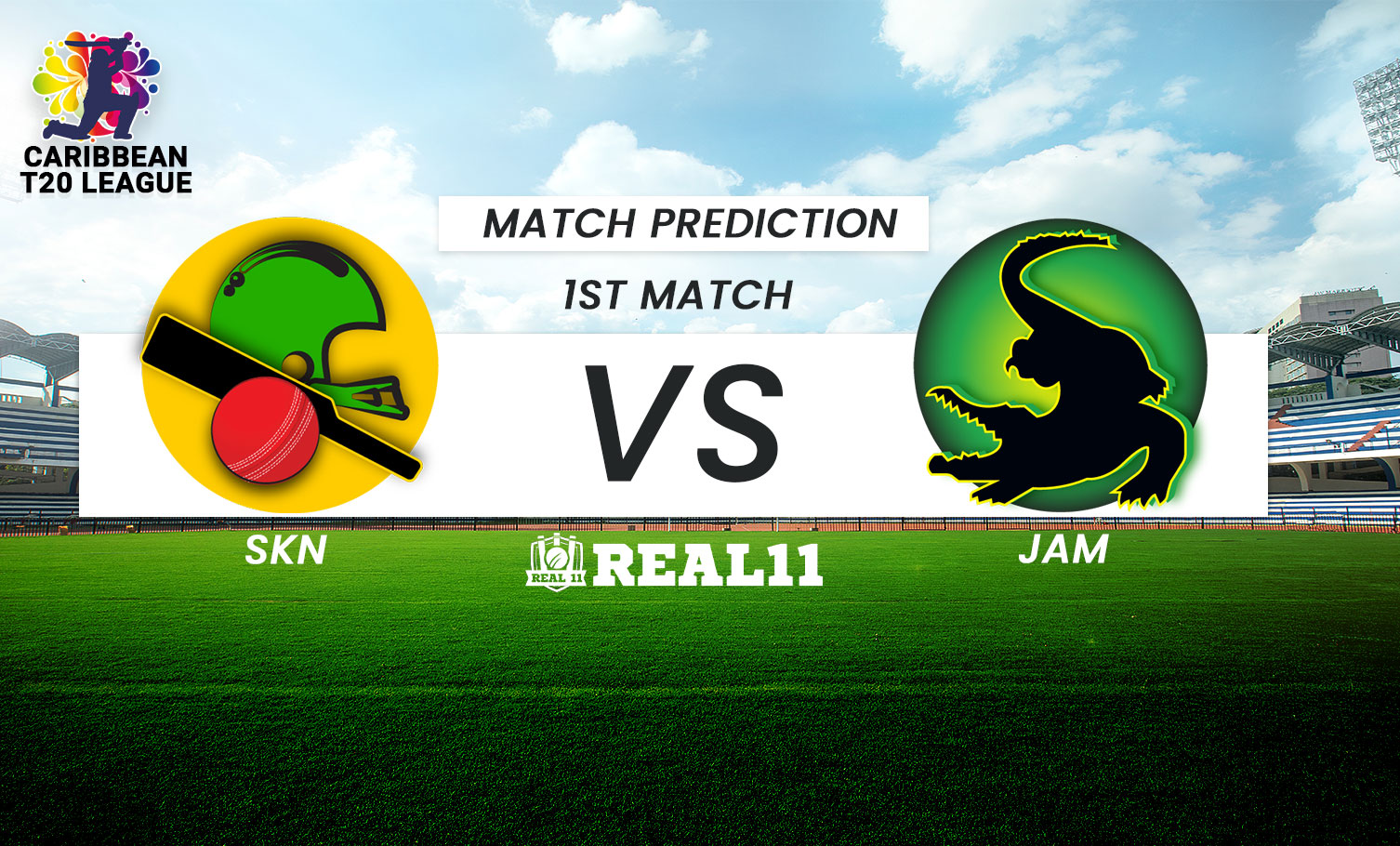 In the same season, SKN finished their group stage campaign occupying the third spot in the league table with 6 wins and 4 losses in a total of 10 matches played.

Dominic Drakes picked up 16 wickets with an economy rate of 8.56 and at an average of 20 to become the best bowler of SKN last season.

On the other side, JAM ended their campaign in the 5th spot in the Caribbean T20 2021 with 4 wins and 6 losses from their 10 matches. The team finished with 8 points in that season.

Migael Pretorius emerged as the best bowler for JAM last season as he scalped 16 wickets at an average of 22 and with an economy rate of 9.54.

The 1st match of the Caribbean T20 2022 is scheduled at Warner Park, Basseterre, St Kitts. As we have observed in the previous matches played here, the venue is good for the batters. The pitch is also slow and assists the spinners with a good spin. A score of 190 is tough to chase on this pitch if the ground gets a bit slower in the second half of the game.

Dewald Bravis (SKN): He was one of the most power-packed batsmen to keep an eye on in the Indian T20 League. “Baby Ab” as he is called by the fans, is famous for his 360-degree actions while batting just like Ab de Villiers, the legend himself.

Brandon King (JAM): The 28-year-old batsman arrived from GAW and already has 1068 runs in 52 matches with an average of 26.04 and a strike rate of 128.98 in the Caribbean T20 tournament. Also, he is likely to play the role of an opener for JAM, so he can be one of the best picks by far.

Dwaine Pretorius (SKN): The South African allrounder who swapped pace for precision for his dual knee injuries is one of the late bloomers in international cricket but has gained recognition very quickly for his all-around performance.

Dwayne Bravo (SKN): The captain of the defending champions is a no-brainer in any fantasy team. He is destructive with the bat and a match winner with the ball in death overs. Coming out fresh from winning the inaugural 6IXTY 2022 title, he has already registered 1110 runs league runs and is the leading wicket-taker with 114 wickets (89 games) under his belt.

Mohammad Amir (JAM): We all know the fiery bowlers and his influence on the opposition team in his glorious international career. He is one of the best bowlers to irritate a batsman with his deceptive pace variations and toe-crushing yorkers. So far he has 240 wickets in his T20 career.

Migael Pretorius (JAM): He proved himself in the last season of the Caribbean Premier League as he was the best bowler for his team. He just needs to replicate the same performance to bring his team some more glory through his actions

Kennar Lewis (JAM): The 31-year-old Jamaican cricketer is one of the most strongest players in the league. He can hit big shots and also remain under control to play a safe game whenever needed.

Darren Bravo is an excellent stroke maker but has struggled off late. He is a risk worth taking, so he is our pick for this segment.

The defending champions will definitely fly high on confidence and will look forward to starting their campaign with a victory. JAM has the same ambitions and will definitely give a tough fight. But looking at their previous year’s performance, they are the favourites to win the inaugural match of the Caribbean T20 2022.