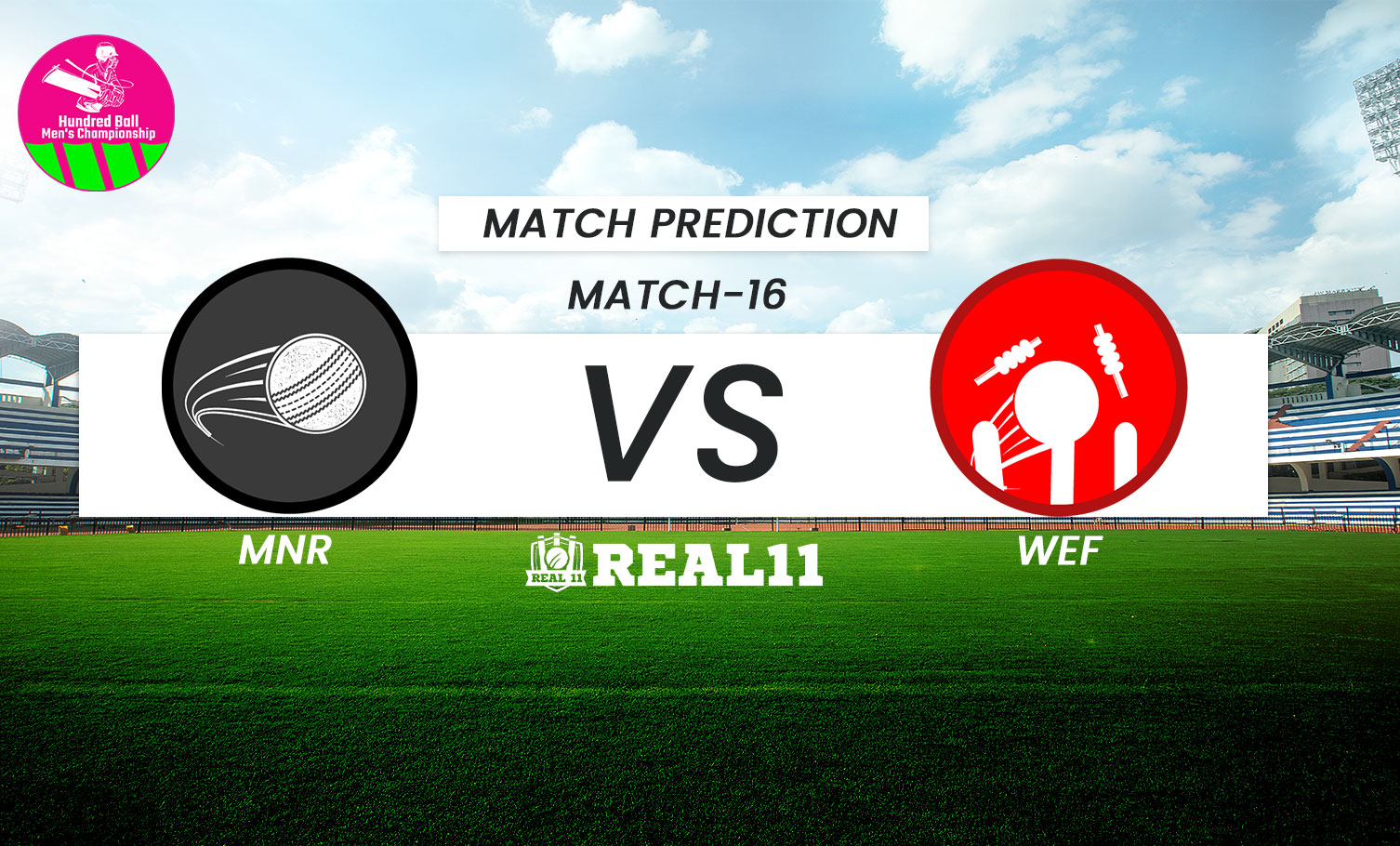 MNR are set for a fascinating contest against the WEF in the 16th match of the Men’s Hundred 2022 Championship at the Old Trafford stadium in Manchester on Tuesday, August 16. MNR in their last game against TRT faced a narrow defeat resulting in their third consecutive defeat this season. Philip Salt played a tremendous knock of 70 runs off 46 balls and skipper Jos Buttler himself scored 41 off 25 balls to put 190 runs on the scoreboard. But despite having the advantage of having such a huge target, the bowlers failed miserably to defend the total. TRT covered the huge 190-run target in just 94 balls and won the match by eight wickets.

On the other side, WEF also faced their third loss of the season. Their last match was against BPH, David Payne and George Scrimshaw scalped two wickets each to restrict BPH to just 130 runs while bowling first. But while chasing BPH batters failed to fire back and fell just four runs short of the target. While opening batsman Tom Banton scored 44 runs, David Miller played a knock of 35 runs off just 30 balls in the run chase which ultimately ended up in vain.

The venue of Old Trafford favours both the batters and the bowlers in white ball cricket. The average run on this ground from the first five Men’s Hundred matches is around 140 and teams chasing down the runs have won three matches so far.

WEF is a comparatively balanced side than MNR. They have power-hitters who can finish off the match and also bowlers who can restrict the opponent to a low-scoring total. We back WEF to win this match.