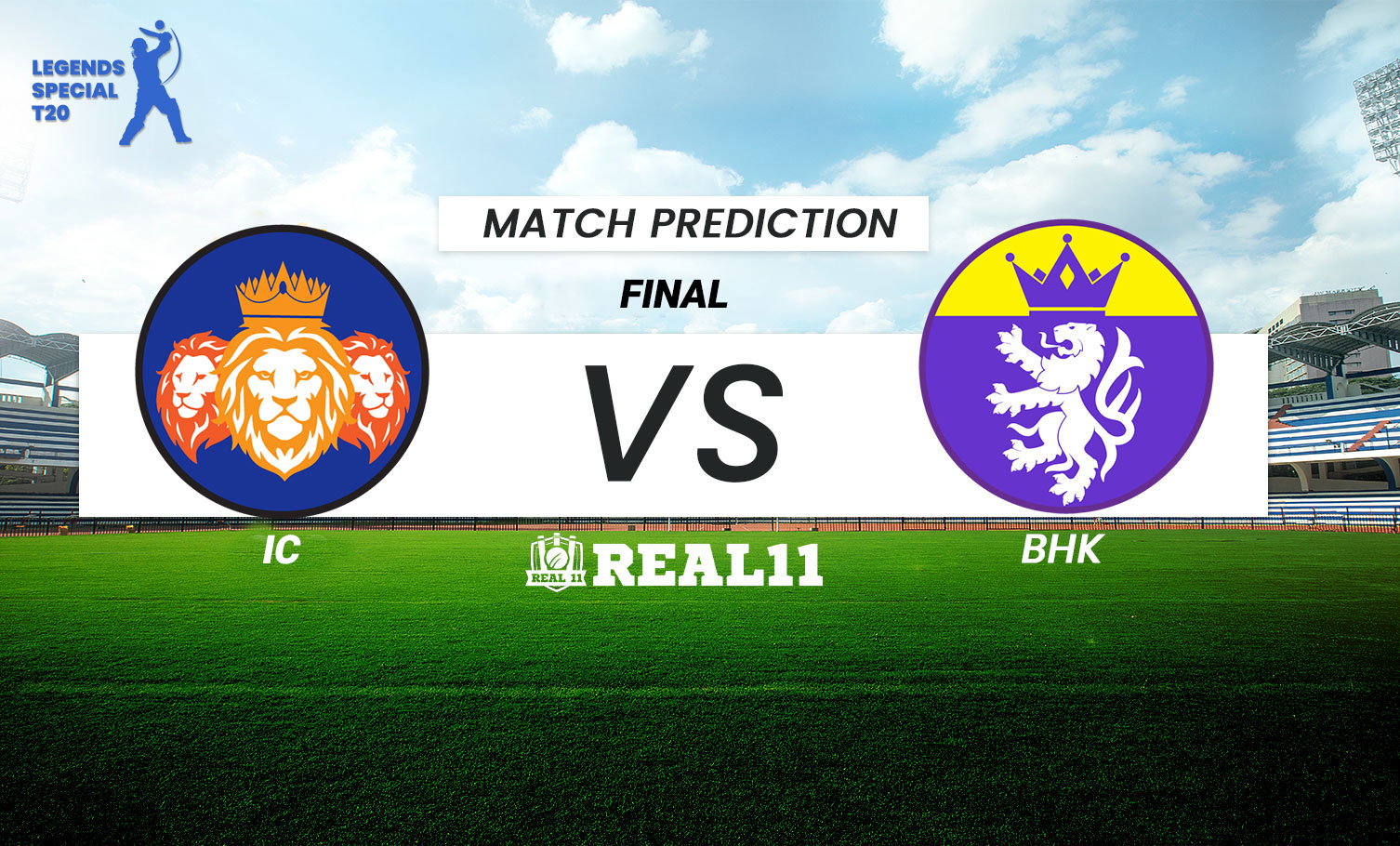 IC are all set to clash against BHK in the final encounter of the Legends Special T20 2022 at the Sawai Mansingh Stadium in Jaipur on Wednesday, October 5.

The Gautam Gambhir led-side were the first team to qualify for the final after a pronounced run-chase against the Kings in the Qualifier where Ross Taylor was the star performer of the match. Despite numerous match-winning legends on their squad, the Capitals will still have to be more careful about their bowling department which at times aren't capable of holding the runs.

On the other side, the Kings defeated the Giants in the Eliminator quite easily and will look to seek revenge from the Capitals for their previous loss against them. The team led by pace star Irfan Pathan has had a range of game changers on the batting side and it is going to be difficult to cease them once they get their get into their form. The Pathan brothers have extended strong support to the middle-order with their outstanding display of power-hitting.

The match will be organised in Barkatullah Khan Stadium in Jodhpur. The pitch out here delivers equal assistance to both the batting and the bowling sides.  160 is the par score on this ground.

BHK are the favourites to win this match as they seem to be a more balanced squad than IC. It will be a tough fight and will surely be fascinating to see which team picks up the silverware.