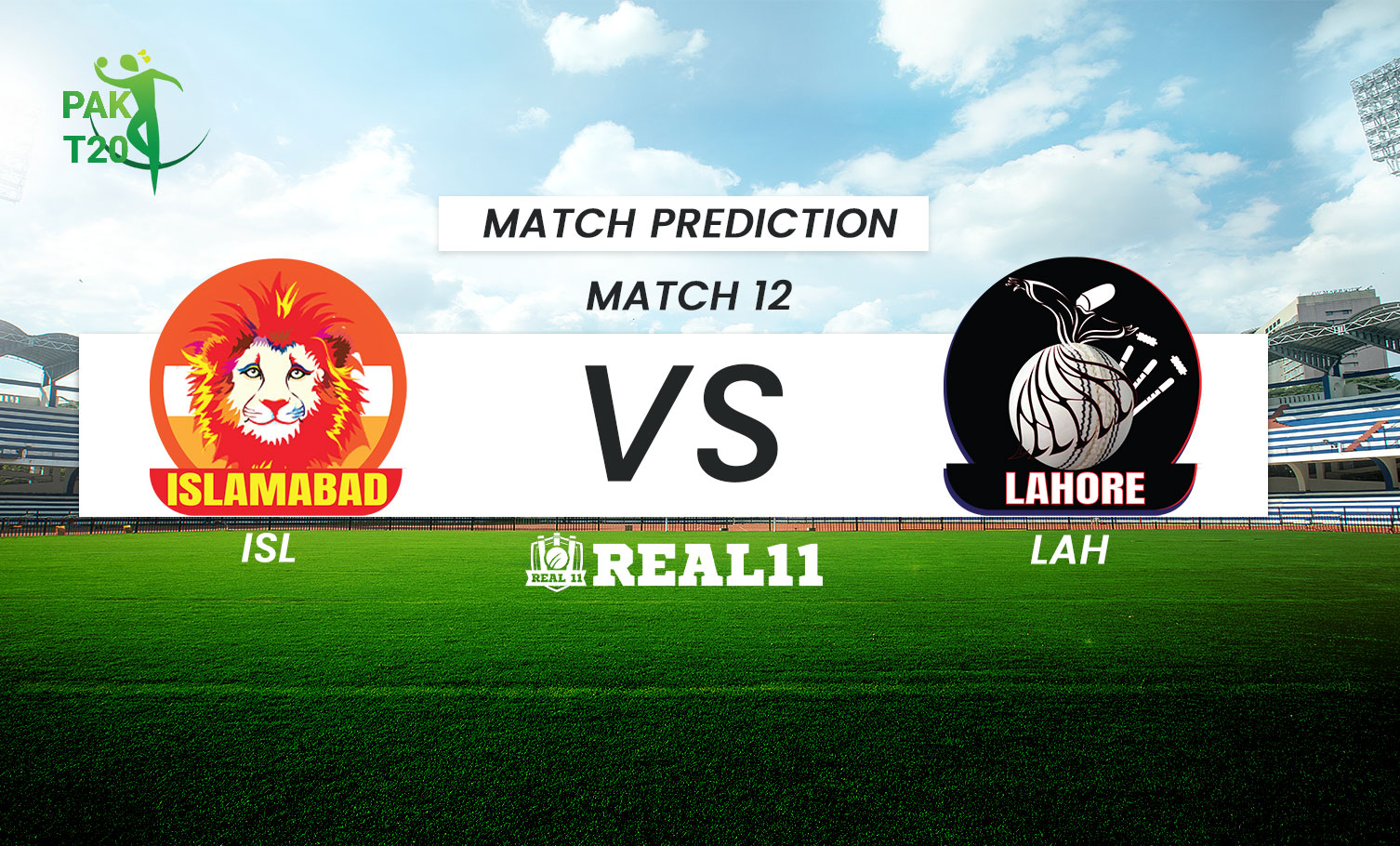 Islamabad (ISL) and Lahore (LAH) will lock horns in the 12th match of the Pak T20 League 2022 at the National Stadium, Karachi on Saturday. ISL have been in decent form in PSL 2022, winning two out of their three matches. They head into the game on the back of a 43-run win over Quetta. Islamabad are second in the table behind Multan . Lahore  have also won three out of their two games and are just behind Islamabad in the standings. They defeated Peshawar by 29 runs in their last match. The two teams have played five matches against each other in the last few seasons where Islamabad won four matches while Lahore   managed to win only one game.

The pitch at the National Stadium in Karachi is a balanced one which offers something to both the bowlers and batters. Spinners are expected to dominate proceedings, especially in the second innings. Batting first should be the preferred option at the venue.

Islamabad are in fine form at the moment. They traditionally have had an upper hand over Lahore with 4 wins in 5 games. We fancy Shadab Khan and co to again come on top and extend their win streak to three games.