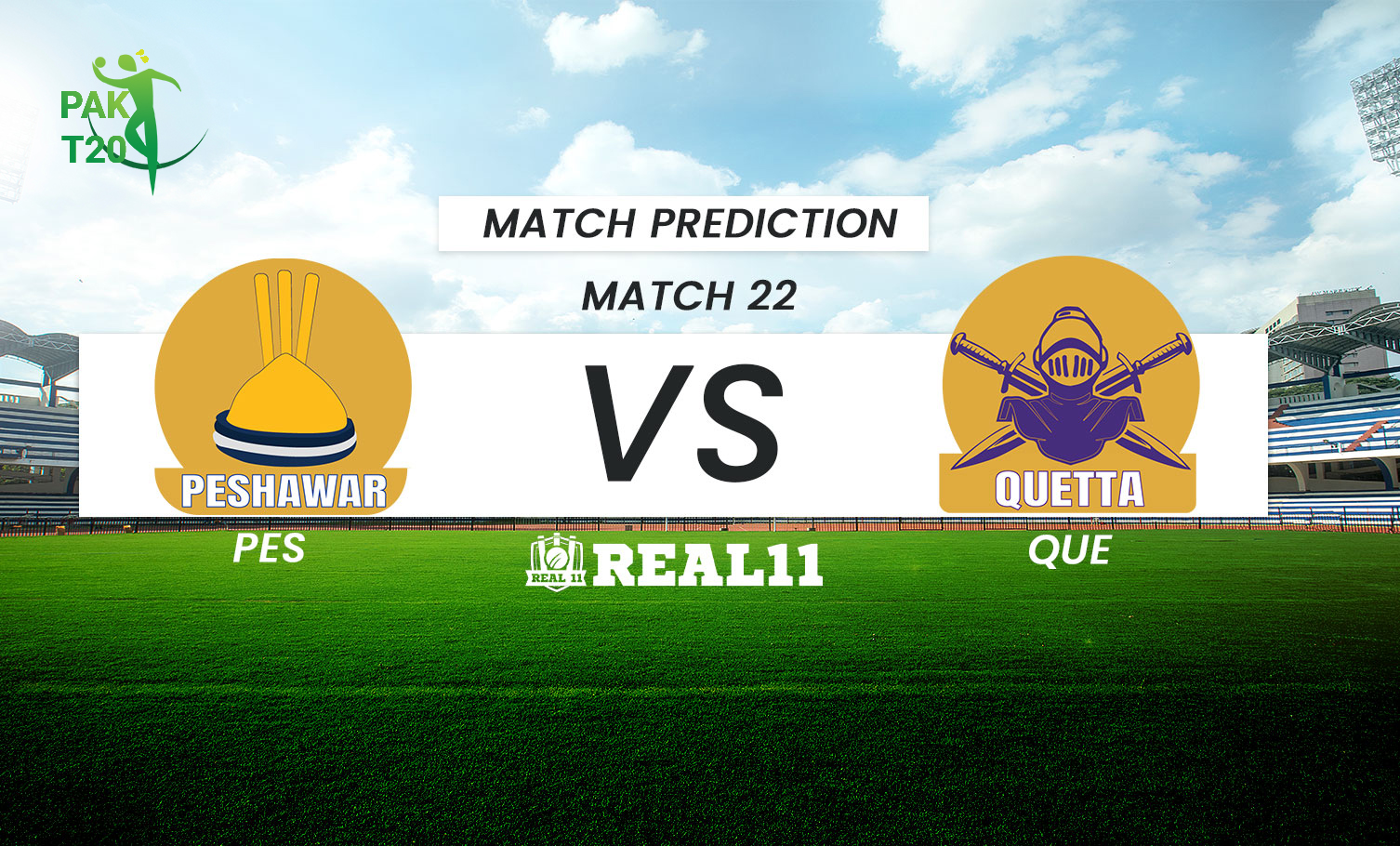 Peshawar (PES) will face Quetta (QUE) in the 22nd match of the Pakistan T20 League on Tuesday. Both the teams have had a disappointing season as they managed to win only three out of the seven games. PES are placed in the fifth position while the QUE are there in the fourth position in the points table.

PES defeated Karachi Kings in their last encounter by 55 runs after the Babar Azam-led team failed to chase down a target of 194 runs. QUE lost their last match against Lahore Qalandars by eight wickets after they made only 141 runs for the loss of seven wickets in 20 overs.

The pitch is likely to remain flat throughout the game which might be beneficial for the batters. The spinners might get some help from the pitch. The team winning the toss would look to bat.

Quetta are on a roll at the moment. They have a formidable bowling unit which has worked well in their favour. We fancy the Sarfaraz Ahmed led squad to perform well and emerge victorious