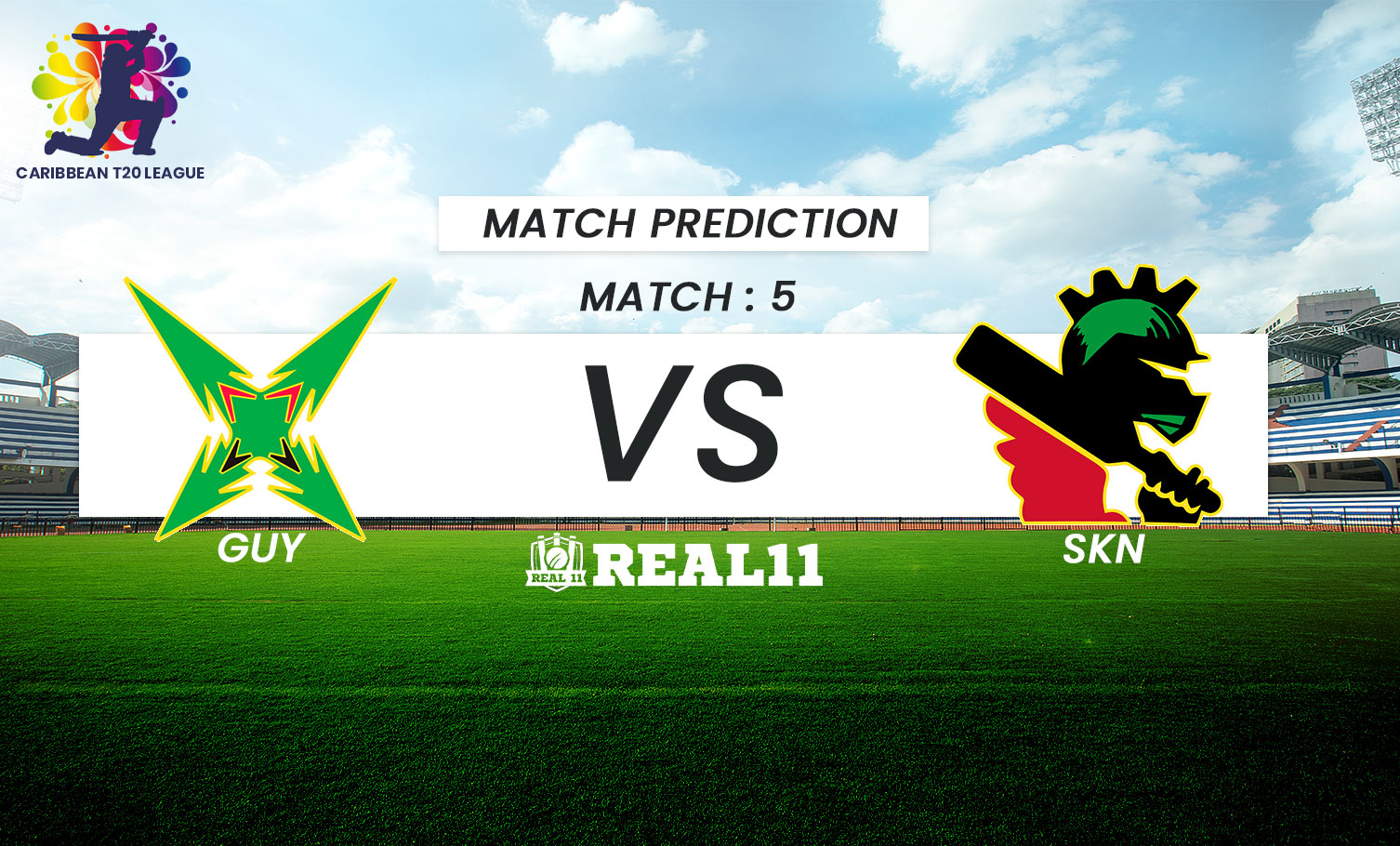 GUY will lock horns with SKN in the sixth game of the ninth edition of the Caribbean T20 League. Having won their opening encounters, both teams will be coming into this game with supreme confidence. While GUY started their campaign with a 9 run win over defending champions- TKR courtesy Hetmeyer’s polished knock of 54, SKN triumphed over BR to open their account in the league. Sherfane Rutherford alongside Dwayne Bravo stitched a crucial partnership for SKN to hand over their first win. GUY’s strength lies in their batting and they would look to put on a dominant show with bat in hand. With the likes of Nicolas Pooran, Brandon King, Shoaib Malik in their ranks, the Amazons are certainly a batting powerhouse. However, the Guyanese side lacks quality in its bowling. The bowling department needs to devise a strategic plan and look to bowl accordingly. SKN on the other hand possess good all rounders in their lineup, giving skipper Dwayne Bravo with a wide range of alternatives with both bat and ball. Ahead of this cracking contest, let’s have a thorough look at what can we can expect from these two sides

The pitch at the Warner Park has traditionally been generous to the teams batting second. However, in the ongoing Caribbean T20 League, the team batting first found it easier. In both the morning fixtures the chasing teams held sway. Putting runs on board should be the way forward.

SKP start favourites for this one. GUY possesses resources to pull off a win but the Dwayne Bravo led side just have enough firepower in their arsenal to keep the opposition at bay. We predict the SKP to get over the line.