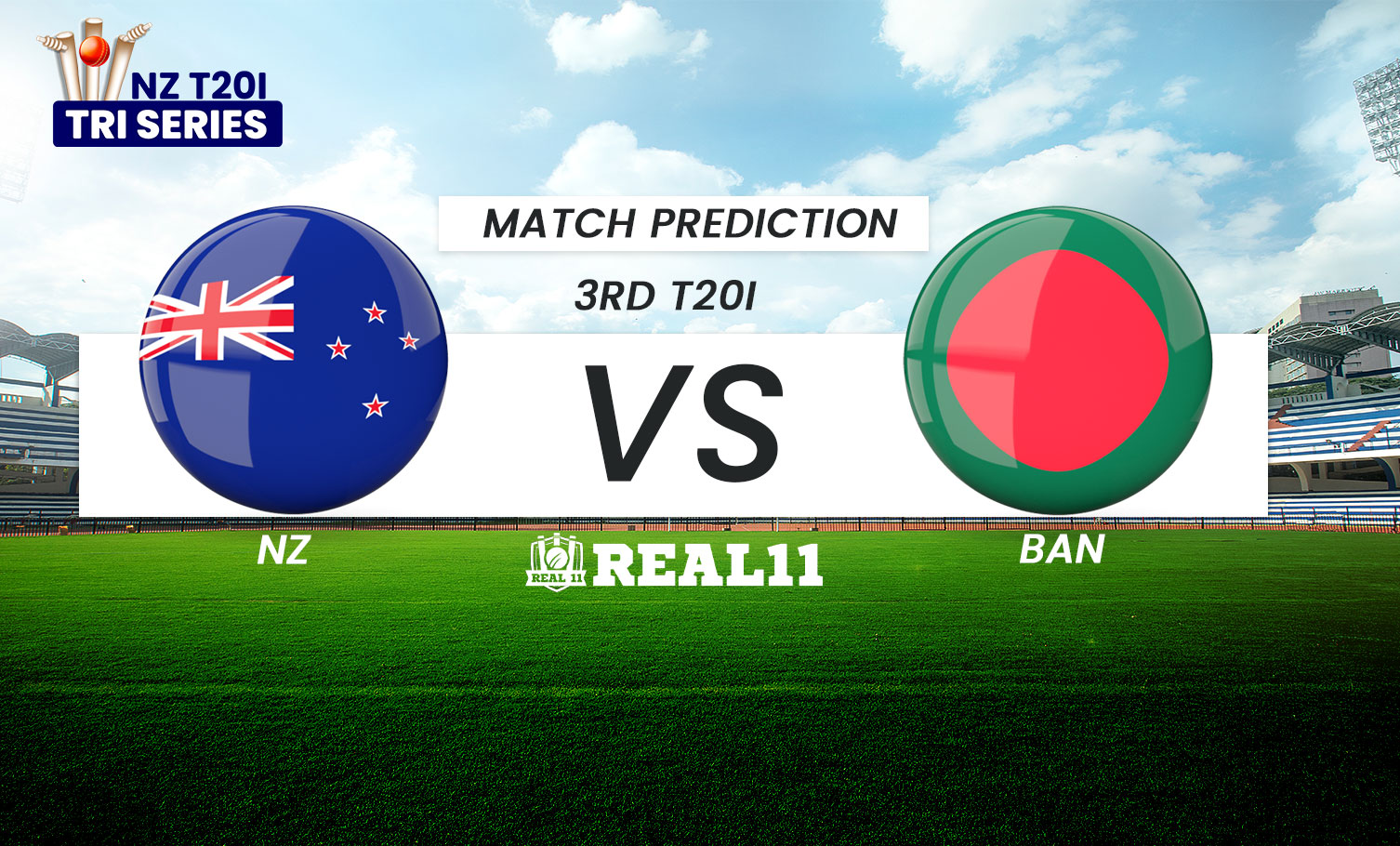 Both teams were defeated in their first match by Pakistan. New Zealand in the inaugural match against Pakistan lost by six wickets. The black caps could only put 147 runs on the board, all credit goes to the opponents’ for some good bowling which restricted the flow of runs, especially in the slog overs. Later, New Zealand bowlers failed to defend the total as opener Babar Azam scored an unbeaten knock of 79 runs to anchor Pakistan to a convincing win by six wickets against the hosts.

On the other hand, Bangladesh seems to have a tough time decoding the shortest format of the game and are struggling with their current form to make an impact in T20I cricket. In the game against Pakistan, Rizwan smashed 78 runs off just 50 balls which aided his team to reach a total of 167 runs. While chasing Bangladesh openers failed to put an impact. Although Yasir Ali scored 42 runs off 21 balls at the end, the Bengal Tigers fell short of 21 runs at the end to lose the match.

Both teams will play with the ultimate effort to open their account in this series after losing their first game to the same team Pakistan.

The surface at the Hagley Oval is a batting-friendly surface. Pacers might get some help as the game progresses towards the end of the match and spinners may find their rhythm in the middle overs.

Either one of the teams will fetch their first win of the tournament. New Zealand are the favourite for this match having the home advantage by their side.