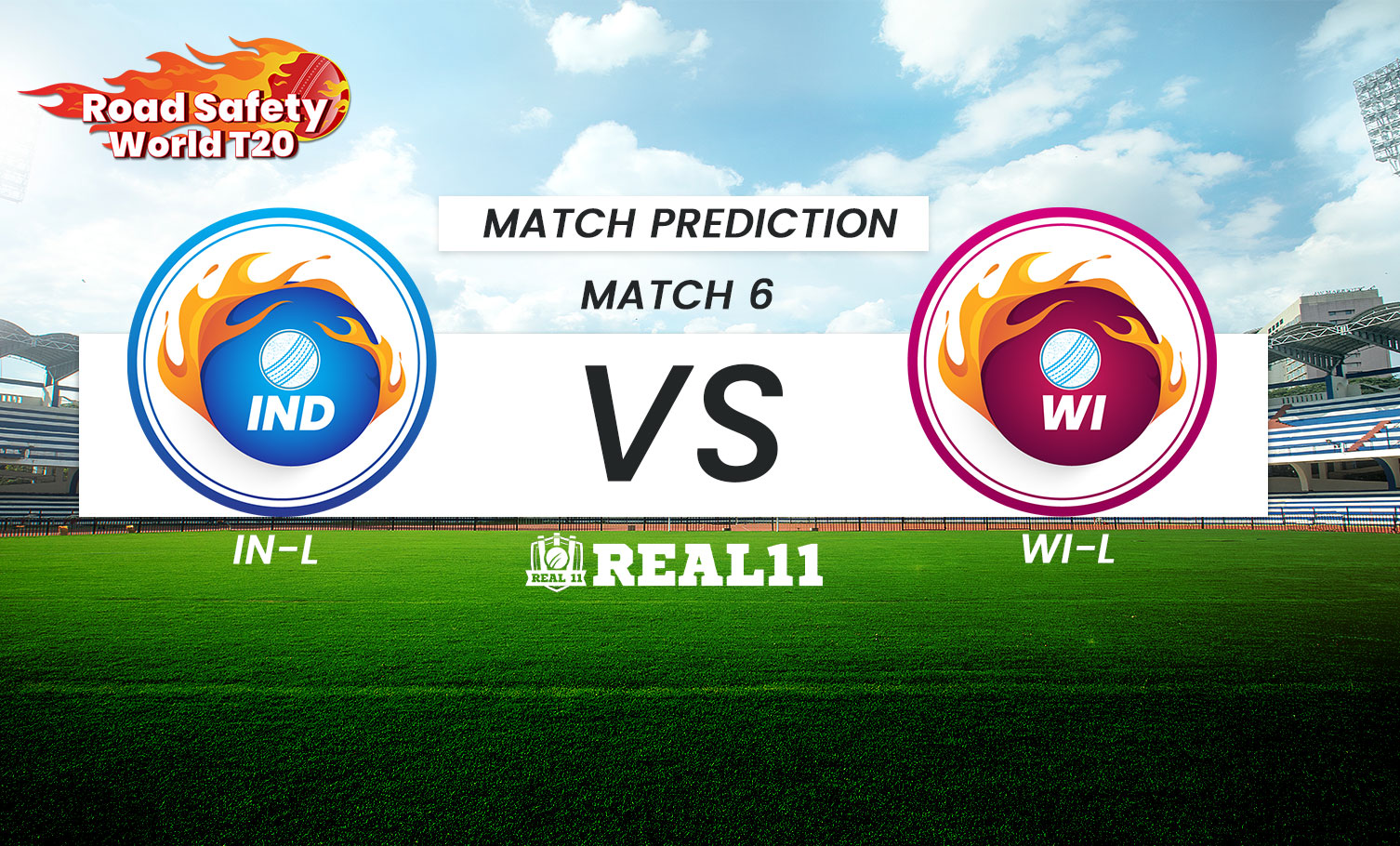 India Legends will cross swords with West Indies Legends for the 6th match of the ongoing Road Safety World T20 2022. The match will be held at Green Park in Kanpur on Wednesday, September 13.

India defeated South Africa Legends by 61 runs in their previous fixture to get a winning start in the ongoing tournament. The all-time great Sachin Tendulkar led Indian Legends to a powerful start with the bat against the Proteas. All-rounder Stuart  Binny smashed 82 runs in just 42 balls to put down a total of 217 runs before the opponent. In the second phase of the game, South Africa in spite of all their cumulative effort failed to reach the humongous total and lost the match by a 61-run margin. Rahul Sharma led the bowling pack picking up 3 wickets. Pragyan Ojha and Munaf Patel also took two wickets each to demolish the SA batting line-up.

Meanwhile, West Indies also won their first match against Bangladesh Legends by 6 wickets. But we all know that India is a much greater threat to the West Indies Legends. Bangladesh posted only 98 runs which were chased by West Indies in just 15.2 overs. Bowling has been a plus point for the Caribbean team, as they proved in this game again. Krishmar Santokie picked 3 wickets along with Sulieman Benn and Dave Mohammed who took a couple of wickets each.

The match between IN-L and WI-L will be played at Green Park, Kanpur. The matches played here so far in this tournament have been low-scoring games. Spinners get advantages from the slow Kanpur surface.

India Legends need some improvement in their top-order batting. Other than that, they look to be confident side. Bowling has been a stronger suit for the Caribbean team and they would definitely try to demonstrate their skills in front of the Indian side. Even though it's too tough to pick a winner at this moment, India Legend will be slight favourites because of the home conditions.