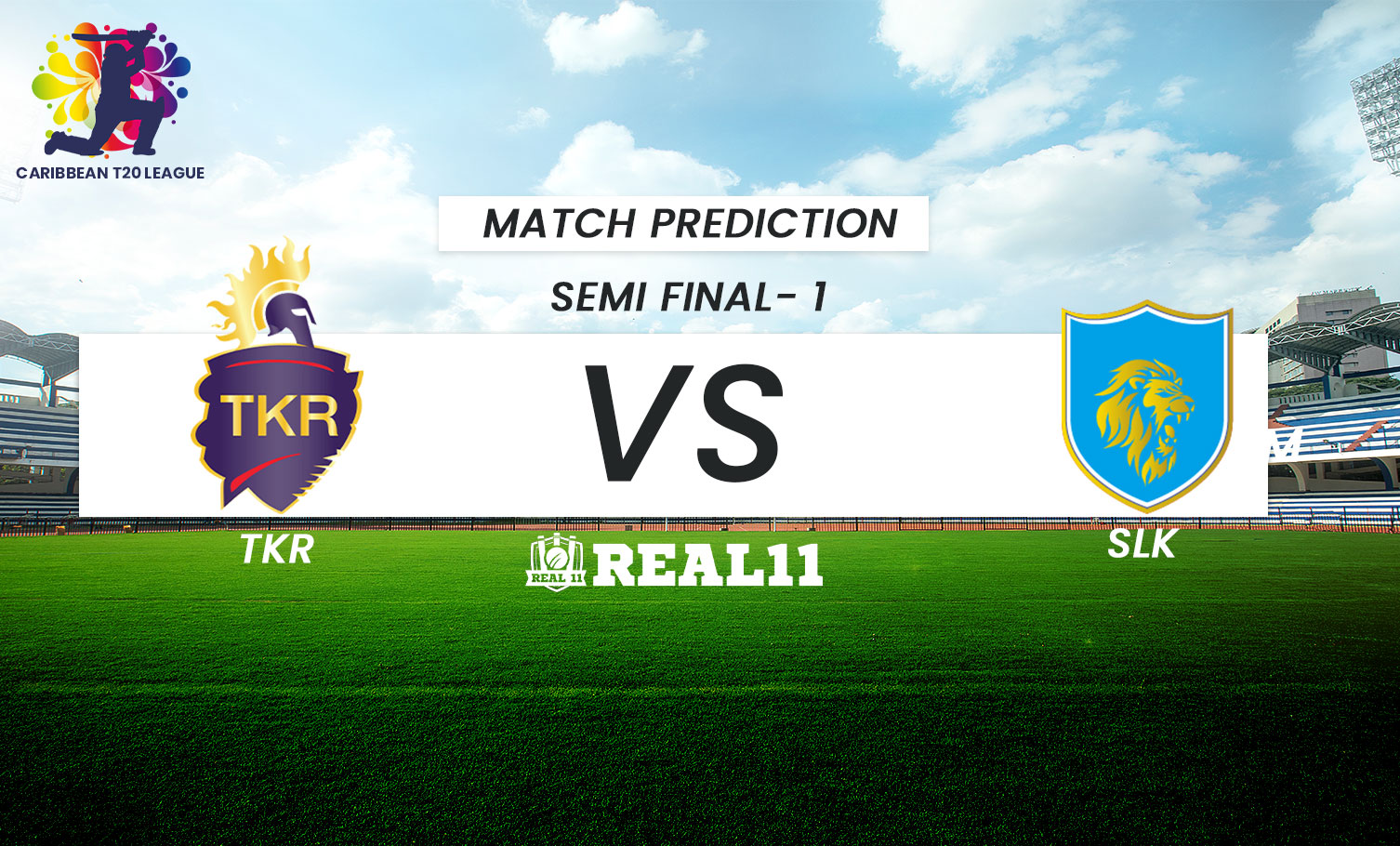 Reigning champions TKR are up against SLK in the first Semi Final of the Caribbean T20 League 2021.  While TKR achieved the top spot in the league table with 6 wins and 4 losses in their kitty, SLK managed to occupy the fourth position with 5 wins and as many losses in 10 games.  Ali Khan and Kieron Pollard were the chief architects for TKR’s win over SKN in their last league game. While Ali Khan scalped three wickets, skipper Pollard scored a quickfire 52 to peg back the opposition. Ravi Rampaul has been a revelation for TKR this season. With 18 wickets he has been their leading wicket taker. His heroics in the ongoing tournament has earned him a recall in the WI Squad for the T20 World Cup. SLK on the other hand suffered a defeat against BR in their previous tie. Roston Chase continued his excellent form scoring a brisk 56 to help his team put up 190 runs on board, which their bowlers failed to defend. TKR holds the upper hand coming into this game. They are in fine nick and if they continue to play the way they did the other day, SLK will find it hard to stop  the defending champs. Ahead of this all important Semi final, let us have a comprehensive look at the relevant facts, figures and a lot more.

The Waner Park track is expected to favor the bowlers. Batters will struggle to manufacture their strokes on this wicket. However if they stick in the middle before letting loose, they have a chance of making a considerable contribution with bat in hand. The average score at this venue in the last five CT20L games played here is 161 runs.

TKR looks the stronger side on paper. Destructive batting lineup along with a potent bowling attack makes them a team to beat in this competition. We predict the reigning champions to emerge victorious.