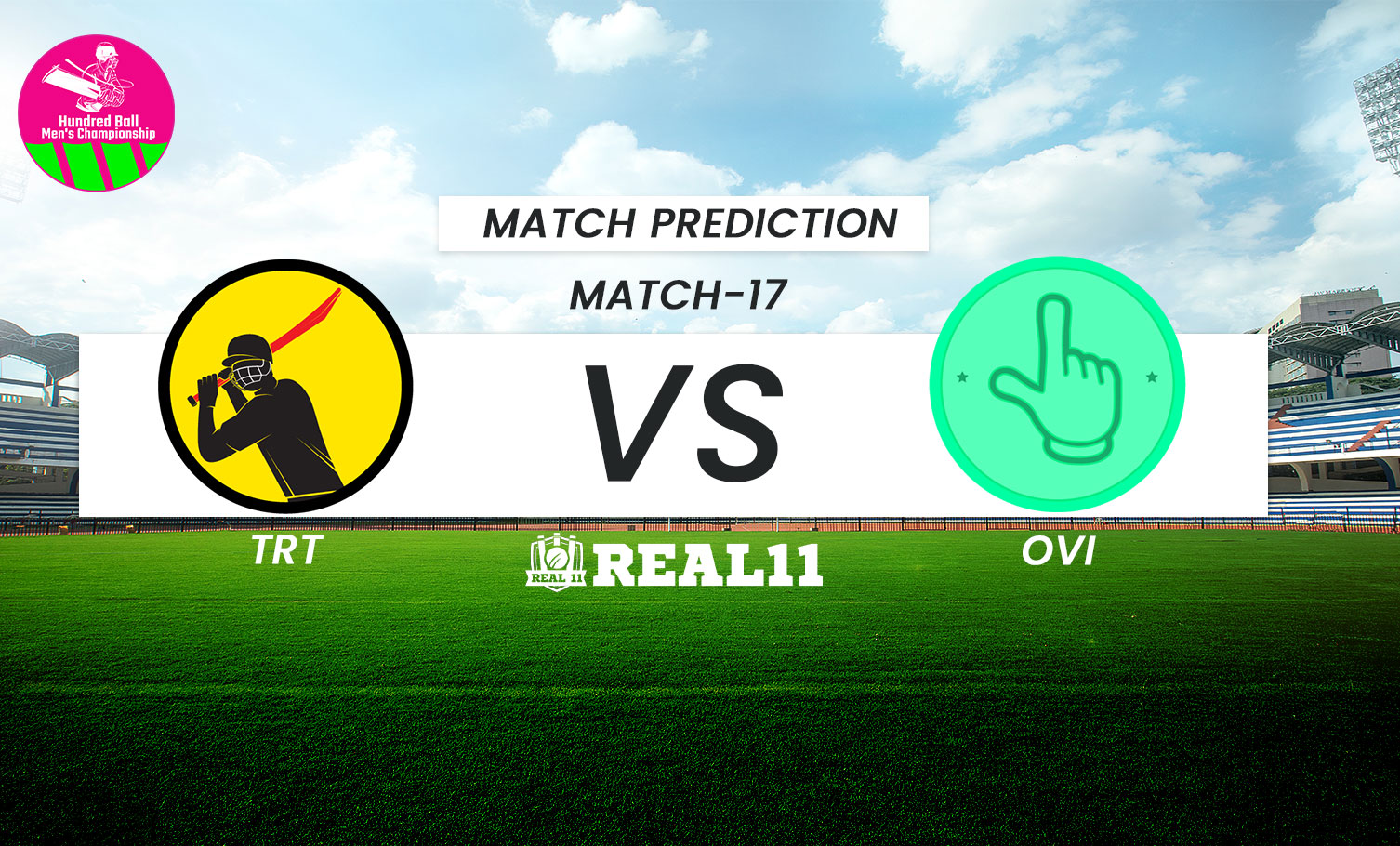 TRT will host OVI in the 17th match of the Men’s Hundred 2022 at the Trent Bridge in Nottingham on Wednesday, August 17. TRT tasted their first defeat in The Hundred Men’s 2022 season against BPH in their last game by seven wickets. They scored a total of 145 runs while batting first against BPH with Daniel Sams scoring 55 runs off just 25 balls and Lewis Gregory giving the final touch of 35 runs off 22 balls. Luke Wood scrapped three wickets and gave away just 17 runs but BPH quite easily achieved the target with 7 wickets and 14 balls to spare. TRT now holds the fourth spot with six points from the opening four matches.

On the other side, OVI fetched an incredible victory against SOB by 7 wickets in their previous match. Reece Topley headed the bowling attack as he picked up three wickets to restrict SOB to a total of 142 runs. Will Jacks was destructive with the bat, he alone scored 108 runs off just 48 balls to guide his team to an easy victory with 18 balls remaining. OVI sits in second place in the points table with six points from their opening three matches in the Men’s Hundred tournament.

The venue of Trent Bridge in Nottingham is a well-balanced pitch for both batters and bowlers in white ball cricket. The average first innings score from the past six games from The Men’s Hundred is 140 runs and teams batting first have won four games so far.

OVI seems to be a much stronger side than TRT. They have more power hitters who are capable of scoring quick runs and also chasing big targets without taking much pressure. We fancy OVI to win this match.