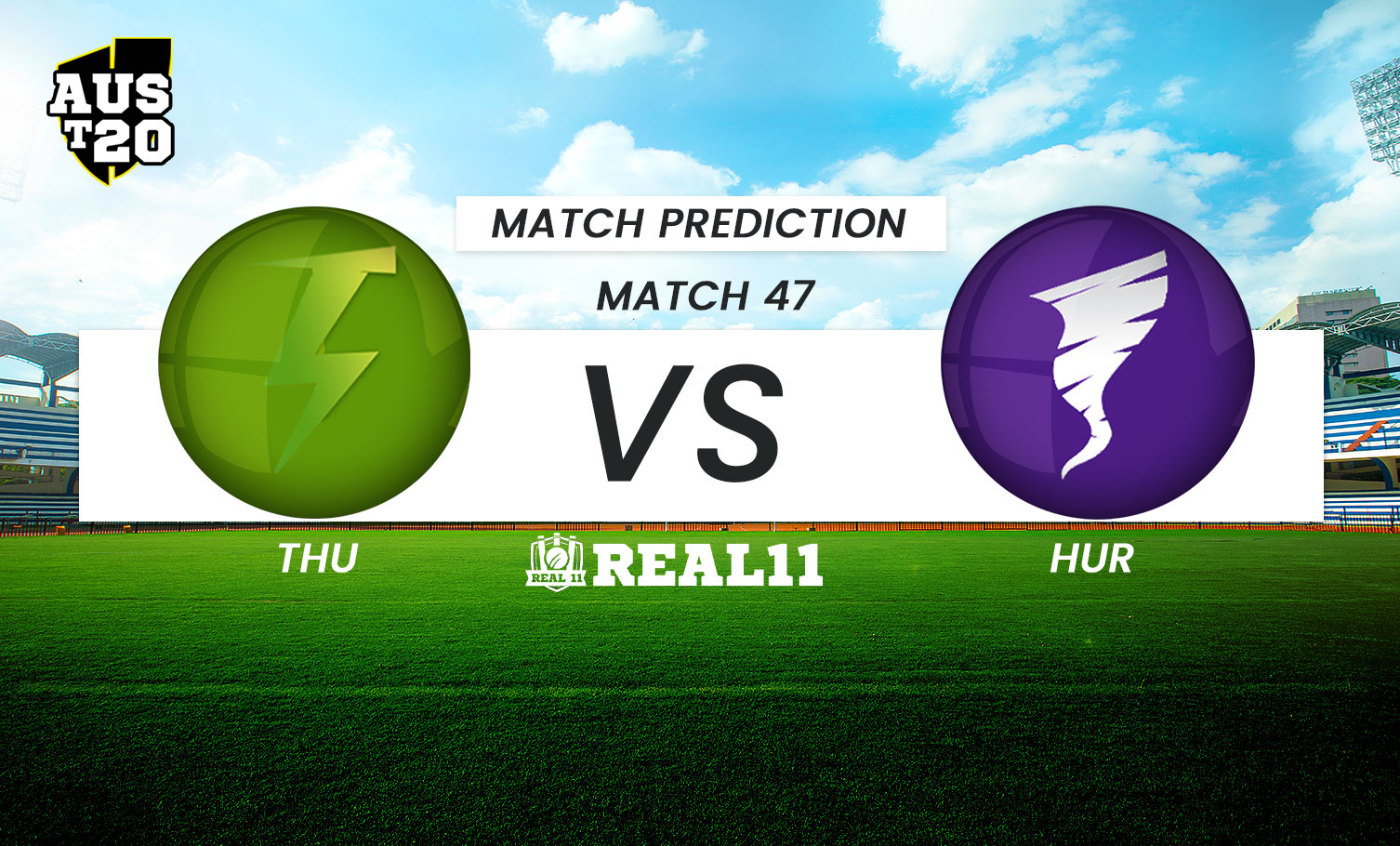 Thunders and Hurricanes are set to lock horns in match 47 of the Aus T20 League 2021-22 at the Docklands, Marvel Stadium on Thursday. With 30 points to their name, the men in green are currently placed at second position in the league standings. They have a healthy net run rate of 1.265 and are presently on a six match winning streak. The Hurricanes, led by Handscomb, on the other hand are dangling at the middle of the points table with 21 points in 11 games.  After consecutive losses, the Canes got some momentum back with a 8 wicket over Heat. In the last meeting between these two sides, Thunders emerged victorious

Thunders are on a roll at the moment.  With a solid batting lineup, destructive bowling prowess and an enviable fielding unit, Thunders are a team to beat this season. They have got all their bases covered and would be keen to extend their winning streak. Batting department comprises the dynamic duo of Hales and Gilkes at the top. Sangha at three and then Cutting and Sams at four and five respectively. So, the batting order looks potent and raring to go. T.Sangha, M.Hasnain are the bowlers to watch out for. While Tanveer is impressed with his craft, Pakistani seamer Hasnain has instantly created an impact with his steaming pace and accuracy. The 21 year old has picked six wickets in three matches.

Hurricane batters struggled with their timing last time these two sides met. They played too many dot balls and eventually perished trying to up the ante. The men in purple will need to address their batting concerns before this game. Jewell is not good enough at the top of the batting order. He should be pushed back at three. Matthew Wade has recovered from COVID-19 and is available for selection. So, he alongside Mcdermott should open the innings. Jewell should come in  at three, Short at four, Handscomb at five and David at six. Handscomb has had a torrid season so far. He will be keen to get some runs under his belt. Bowling department has the likes of Thompson, Meredith and Lamichhane. Thompson being a bowling all rounder adds additional value to the side. Ahead of the exhilarating tie, let us have a look at how these two sides will fare out in the clash:

The Marvel Stadium has traditionally been favourable for batting. As the game progresses, batters find it easy to play their shots. Toss barely plays a role here because records suggests that teams batting first and second both have had an equal amount of success

Defeating Thunders is not a walk in the park. They are a formidable unit with a range of T20 specialists in their ranks. We fancy them to win this match and continue their hot streak