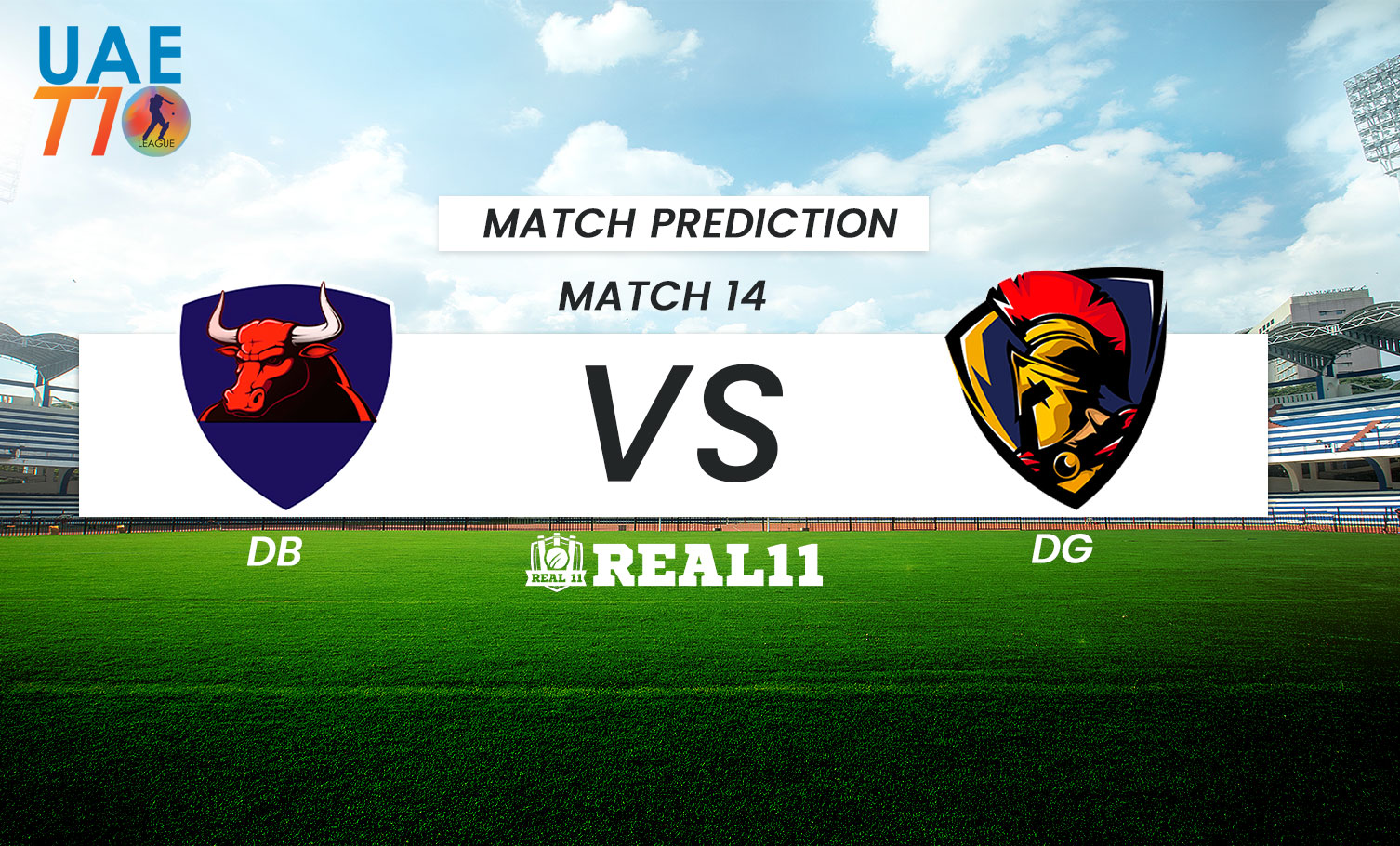 DB and DG will clash swords for the 14th match of the UAE T10 League 2022. The match is scheduled at the Sheikh Zayed Stadium in Abu Dhabi, the sole venue that is hosting the entire tournament. The face-off will take on Sunday, 27th November at 10:00 PM. The Deccan team is at the top of the points table with two wins in two matches and the Delhi franchise is in the following position with one draw and one win in two matches respectively. Both teams have their third fixtures due on Saturday before this clash.

The second match between DB and TAD ended in a tie and they shared a point each. The Abu Dhabi-based franchise scored 120 runs at a loss of 2 wickets with Bradon Kings scoring 64 runs off just 27 balls. DB also scored the same runs in the limited 10 overs but at the cost of 5 wickets. Tim David and Imad Wasim scored 20 and 21 runs respectively. This resulted in the match ending in a draw.

Following the first win against TAD, the Deccan franchise won their second match against NW by 24 runs. Deccan’s captain Nicholas Pooran led from the front and smashed a whopping 80 runs off just 32 balls to put up a score of 138 runs on the board. Abu Dhabi batters other than opener Adam Lyth failed to synchronize with the format of the game which resulted in the quick falling of wickets. Despite Lyth's effort scoring 51 runs off 22 balls, his team lost the game against DG.

DG has proved their squad’s efficiency. Their batters and bowlers are playing exceptionally well in this tournament. DB is also not far behind, except front the fact that they need some consistent wicket-takers. Thus coming to the conclusion, we fancy DG to win this duel.