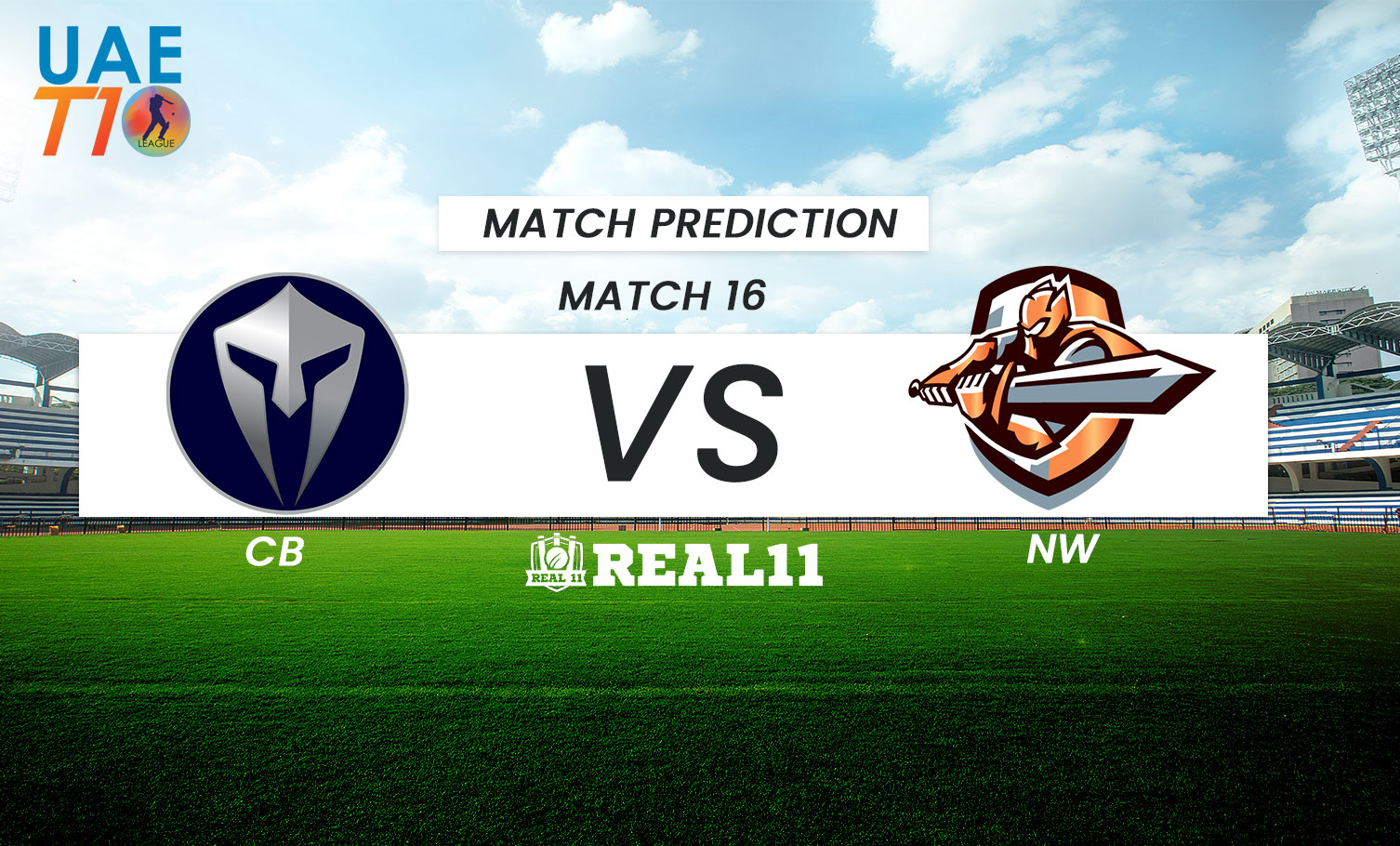 Another enthralling battle awaits as CB clashes with NW in the 16th match of the UAE T10 League. The match is scheduled at the sole venue, Sheikh Zayed Stadium, Abu Dhabi on Monday, November 28. The match will start at 10:00 PM.

The Chennai-based franchise had still now not impressed this season. They played three matches so far and lost two of them. With only one win they are placed in the 6th position in the points table. They lost their latest match against the New York-based franchise, they need to work on their batters in order to win further in this tournament. The only match they won was their second match against the Bangla team and as we know they are the least-performing team this year.

The Northern franchise is just placed one spot above the BT who are at the bottom of the points table. NW are at the seventh spot which is also one below their opponent CB. They have lost three matches out of the four they have played so far. They also came out victorious against BT which makes gives us a clear idea about BT’s condition in this year’s UAE T10 League.

The Chennai-based franchise has procured the services of some of the best players in this league. Their key players are in sublime touch which gives them the upper hand in this match against the Northern team.