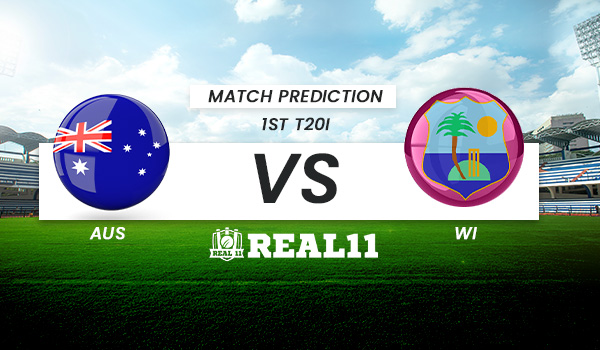 Australia and West Indies will lock horns in the 1st game of the two-match T20I series on Wednesday, October 5, 2022. The match is set to take place at the Carrara Oval in Queensland.

Australia are coming into this series with a defeat in their previous T20I series against India by a margin of 2-1. However, they returned with a lot of positive points from that series despite a few key players were not a part of the squad. The Aussie batters delivered in all the matches and it is a good sign for the management. The Kangaroos will be expecting a similar performance from their players in this series as well. David Warner, Marcus Stoinis, Mitchell Marsh, and Mitchell Starc have returned to Australia’s squad for this series so we can expect a much stronger Australian team to clash against West Indies.

On the other side, West Indies have lost two of their last three T20I series and will be looking for a better outcome in this one against Australia. They had previously won a five-match T20I series against Australia by a margin of 4-1. The Caribbean team will miss the services of Shimron Hetmyer from their squad who also has been left out of the squad for the upcoming T20 World Series as well. Shamarh Brooks has been named as the replacement in place of Hetmyer. West Indies have won four out of the last six T20I matches against Australia but this time they have to improve their skills and get out of their poor form to hold the dominance over the mighty Aussies.

This match will only be the second T20I match at Carrara Oval. The venue has hosted a couple of Australian T20 League matches. The average first innings score on this ground is 160 runs. The skipper winning the toss might choose to bowl first and chase the target later.

Australia is in great touch and are the favourites to win the match. West Indies needs to overcome their poor form before the World T20 Series hence it will be a very important series for them.