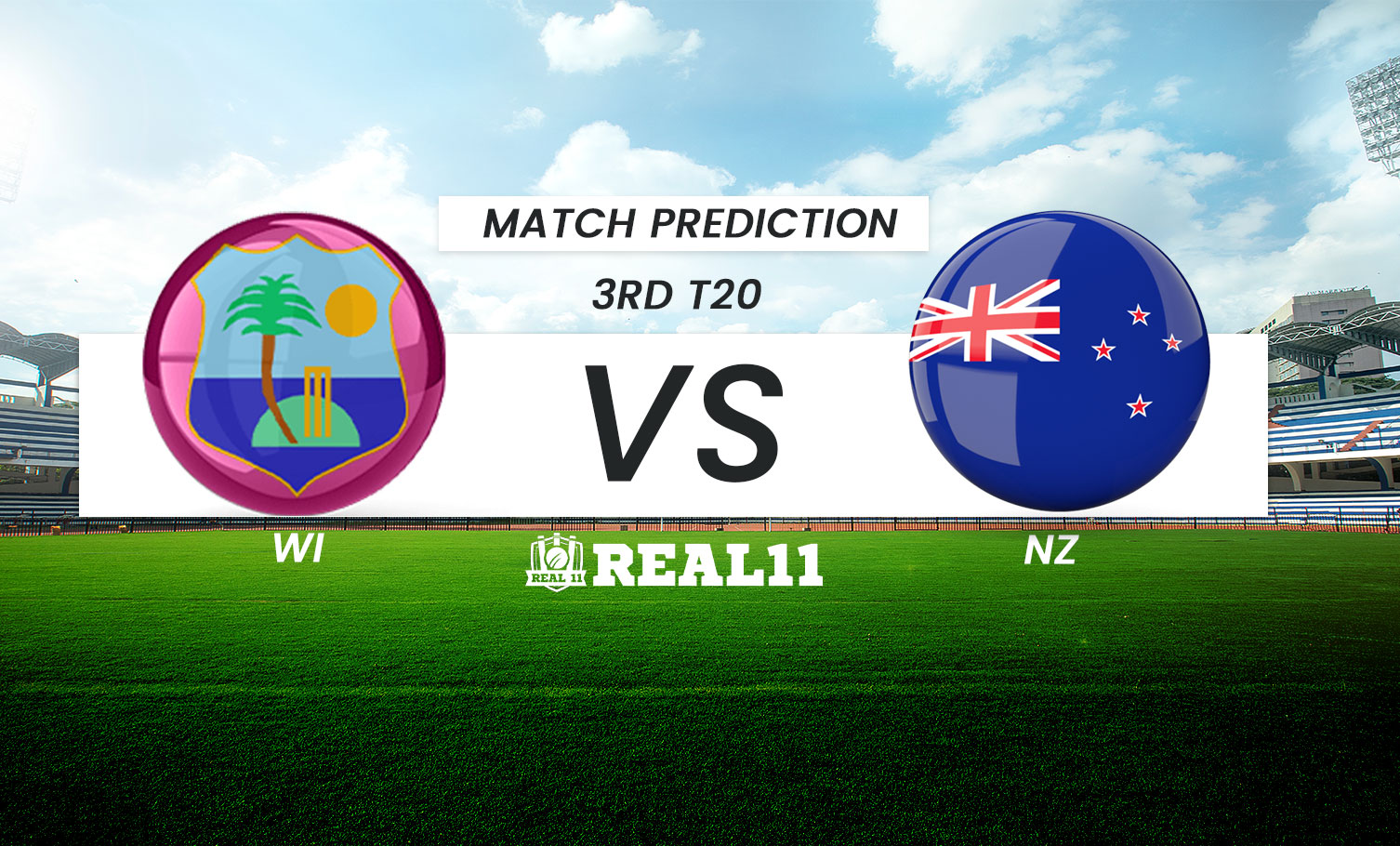 West Indies is scheduled to face New Zealand in yet another T20I thriller which will be the third and final one. The match will be held at Sabina Park, Kingston, Jamaica on Monday, August 15. The two teams have faced each other twice before this match and the Kiwis turned out to be victorious on both occasions.

In the latest game, the visitors won the toss and chose to bat first. In the first innings, we saw an outrageous display of power-hitting by Glenn Philips who scored 76 in just 41 balls. He was assisted by Devon Conway and Daryl Mitchell who played knocks of 42 and 48 each leading New Zealand to a score of 215 runs in 20 overs. Obed McCoy was leading the bowling charts with three wickets followed by Romario Shepherd and Odean Smith who took a wicket apiece.

When West Indies were out to chase the massive target, as seen in the last few games, they failed miserably in the batting order failed miserably. The whole team except for two players were unable to score even upto 20 runs. It was only Rovman Powell and Obed McCoy who made 21 and 23 runs respectively. But clearly, it wasn’t enough to match the huge target and the home team was down at 129 for a loss of 9 wickets to lose the game by 90 runs against New Zealand. Mitchell Santner again picked three wickets and Mitchael Bracewell got the same to add six wickets to the tally. The two others were picked one each by Tim Southee and Ish Sodhi.

With this win, New Zealand sealed the T20I series by a 2-0 margin against West Indies. The home team will get one last chance on Monday to avoid a humiliating whitewash. But New Zealand seems to be too strong at the moment to be restricted by any force.

The pitch surface at Sabina Park is perfectly balanced for both the batting and the bowling sides. It is expected to be a high-scoring match as the pitch offers very little help to the bowlers. The captain may choose to bat first upon winning the toss to present a huge total before their opponents.

New Zealand are riding high on confidence and has a long streak of winning in white ball matches. They are looking as invincibles and are expected to win this match. West Indies will give their everything to avoid a whitewash but it may go in vain keeping in mind New Zealand’s current form. We fancy the away team as they have already sealed the series and have a chance of another whitewash before the T20 World Series begins.