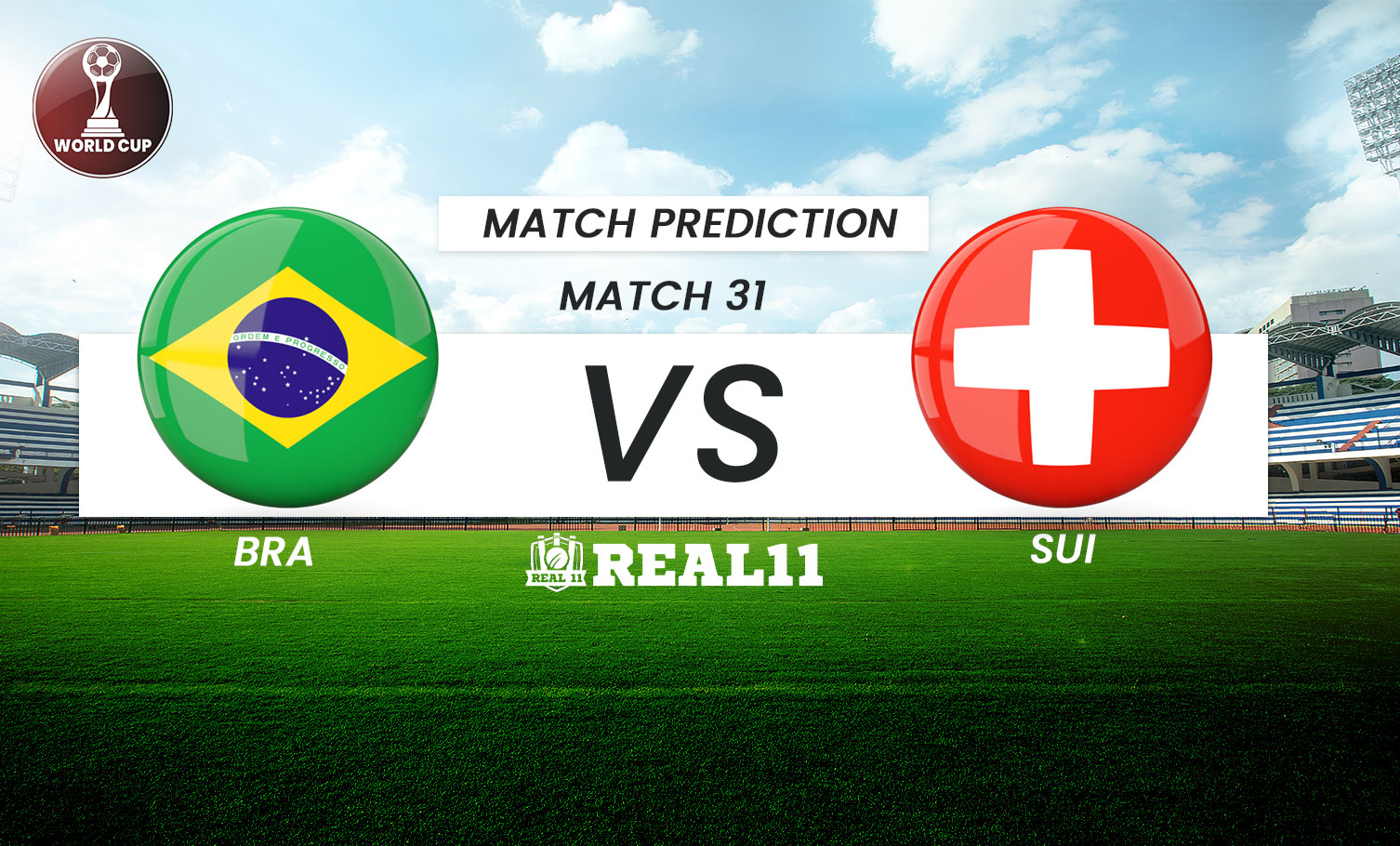 Brazil will escalate to the biggest Group G encounter without the services of their best players as Neymar will be only watching his team’s game against Switzerland from the stands. The Brazilian striker suffered an ankle injury in Brazil’s group stage opening encounter. That injury left his foot swollen and as a result, he was ruled out for the rest of the group-stage matches. Brazil boss Tite while talking to the press was seen as optimistic about his return to the knockout stages. But for now, the key striker of their team is sidelined.

Breel Embolo’s goal made the Swiss team get past the Senegal side 1-0 in their inaugural encounter. Both sides haven’t still now clashed with their second rival in this World Cup group stage. The Nati will hope for an electric clash against the 5 times World Champions and will count on every single chance they get.

With both teams having 3 points under their belt, one of them has the chance to win this match and get a potential lead in Group G. Even a win can also result in a sealed slot in the knockout stage pending the result of the other matches remaining.

The absence of Juninho is unfortunate but Brazil has several other options to replace his place in this match. Also, defender Danilo, who was impressive against Serbia came off with a similar kind of Ankle injury and is also assumed to be out of the Group stage.

Unlike the Brazilian side, Switzerland has no such health concerns. The only problem for them was their goalkeeper Yan Sommer, but he also came out of his injuries and impressed with his performance against Cameroon. Another is Noah Okafor who was their star in making, who has a thigh injury now.

Serbia was looking unbreakable against the strong Brazilian side, they were resilient but Richarlison’s thunderous shot stuck into the back of the net at the later end of the match. Brazil is a talent hub and will try to prove it in the absence of Neymar.

BRA: Richarlison Andrade, the 25 years old Brazilian star has one of the best World Cup goals now and is a potential threat to his next opponents. He has good playing tactics in front of the goal. He is not just a goal scorer but also a playmaker who has the quality to assist players. Playing against him is difficult as he can cross on any tough defence. His outstanding brace against Serbia gained his country an important three points against the Serbian side.

SUI: Breel Embolo the sole goal scorer who made the difference between Cameroon and Switzerland is expected to create a good build-up in this clash against the tough Brazilian side too. He is one of the key players in the attack and can be a valuable asset to your fantasy team.

Brazil has a minute edge over Switzerland. They have only won three out of nine matches played between them. On the other hand, the Swizz team has managed two wins against the strong Brazilian side. They will definitely look to draw the results by winning this clash.

The last time they met was in the 2018 World Cup which was a 1-1 draw. Brazil was not impressive on that day and will look forward to being more efficient in this match.