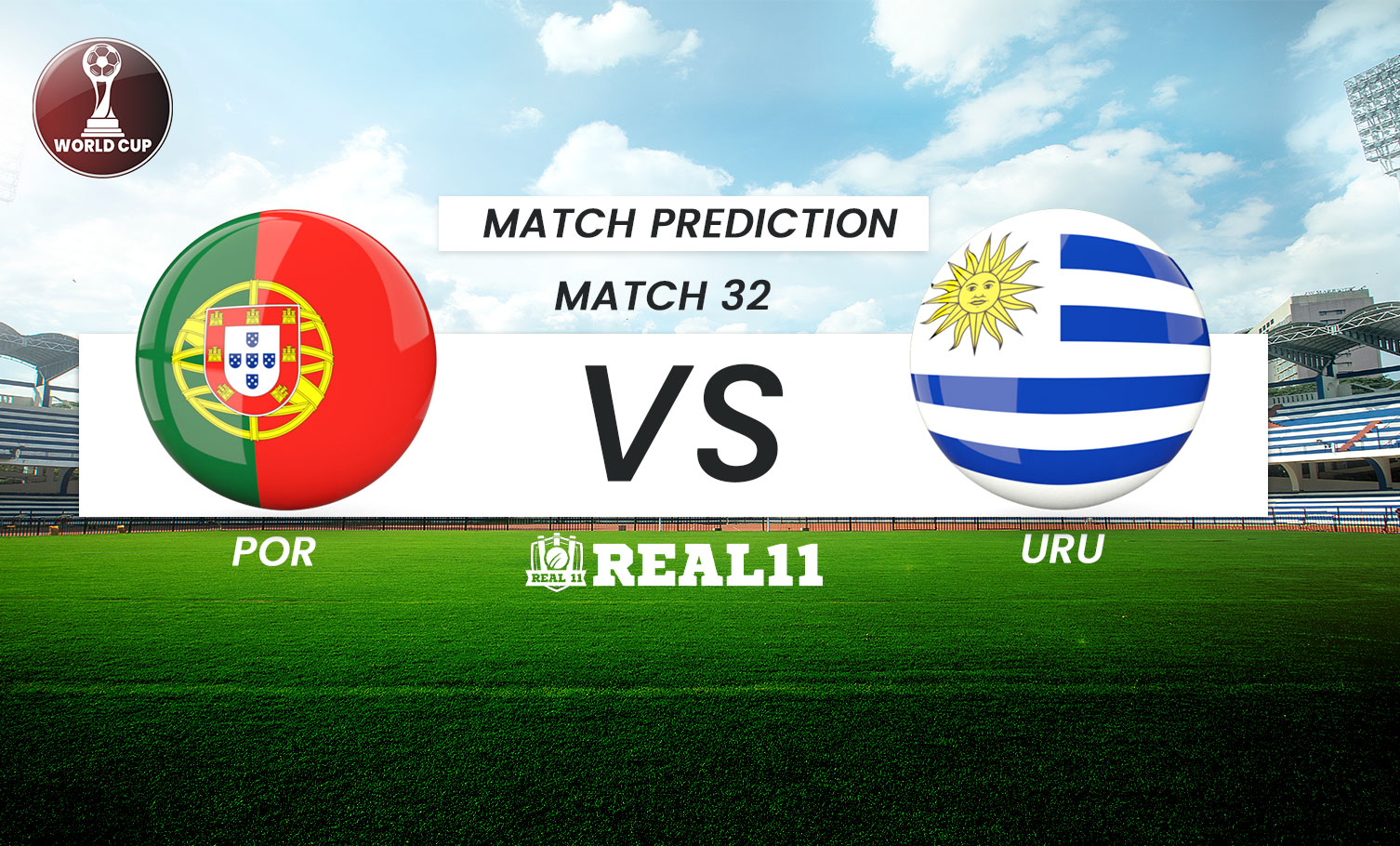 This Tuesday, November 29, 2022, in the city of Doha, Portugal and Uruguay will meet in a match corresponding to Group H of the Qatar 2022 World Cup. This match will start at 12:30 AM IST. Ronaldo's Portugal hopes to have another day of motivation to get a victory against Uruguay, a delicate team that will surely fight to win in Group H since the draw against South Korea left them a little conditioned for their second outing.

Even though Portugal has just won against Ghana in their debut, they managed to suffer more than necessary, revealing defensive fragility by conceding two goals and failing to maintain a good advantage in terms of goal difference.

However, in that first presentation of Portugal, they had a very prominent Cristiano Ronaldo, who put them ahead, but after leaving, his team gave up a goal that left them against the ropes, showing that the presence of their star is very necessary within the field to maintain order.

Despite the doubtful debut, Portugal has shown for a long time that it needs some time to adjust to a World Cup, since most of its successful games have always been achieved since the second day of the group stage, maintaining victories in four of the last five World Cup appointments.

On the other hand, Portugal will have historically Uruguay, a very seasoned team that never lets decisive duels go by because they always seek to complicate due to their closed game that impregnates their rivals. Thus, it may not be so easy for the Portuguese to score against Uruguay, who began their World Cup campaign with a 0-0 draw against South Korea in a match in which they did not register a shot on goal.

The benefit of Uruguay for this game is that it has gone 465 minutes without conceding a goal in a World Cup group stage, keeping a clean sheet five consecutive times.

As for direct duels, Portugal and Uruguay have already seen each other's faces before, being precisely in the previous World Cup in Russia 2018, in a confrontation for the round of 16 where the Uruguayans prevailed 2-1 and thus reach the quarterfinals. Final against France.

Portugal and Uruguay will be a vital duel for the aspiration of both in this World Cup, in addition, it will be a match to oil the two casts to see at what true level both are.

In the preview of this game, Fernando Santos, DT of Portugal, recalled that the game was played on Russian soil.

"The truth is that I don't know very well. I'm going to explain it, but I think we have to talk that less than five years have passed since Cavani's two goals, we still have class players in that team, but I think that Uruguay in the World Cup in Russia was a great team, but it is also now. Some were in that game and many played a great game. I think De La Cruz wasn't there, but they are also good. I think Uruguay's style hasn't changed that much, maybe some characteristic of a player is new," Santos said.

Uruguayan coach Diego Alonso expressed his admiration for the Portuguese team: "Each game is a different story, they have a very good team, as well as great individuals, with a proven coach who has known how to win with them. They have been together for a long time and that makes them dangerous. But we also have arguments, weapons, and virtues as a team, which also makes us dangerous. Each one with its arguments, virtues, and defects, and we will try to compete. We will try to win, trying to get the best out of ourselves, knowing that it is an even match. In our opinion, we are capable of playing at a high level, and logically so are they. We'll see how the game unfolds".

POR: All eyes once again will be on Cristiano Ronaldo, the man, who scored the first goal of the tournament for Portugal in a 3-2 win over Ghana. He will be looking to score more goals tonight against Uruguay to secure the berth for the next round of WC.

URU: Ururguian striker Edinson Cavani will play a crucial role for his side after their solid draw against South Korea in the last fixture. Cavani scored last time against Portugal and eliminated them from WC 2018.

It is going to be a very important match for both sides but Uruguay would be happy to settle with a draw if not win since they don't want Portugal to win this match if that happens Uruguay has to win their last match against Ghana at any cost. However, after their last match's strong performance over Ghana, Ronaldo's side Portugal will be eyeing the next round berth by winning this match tonight. We predict 2-1 in favor of Portugal.