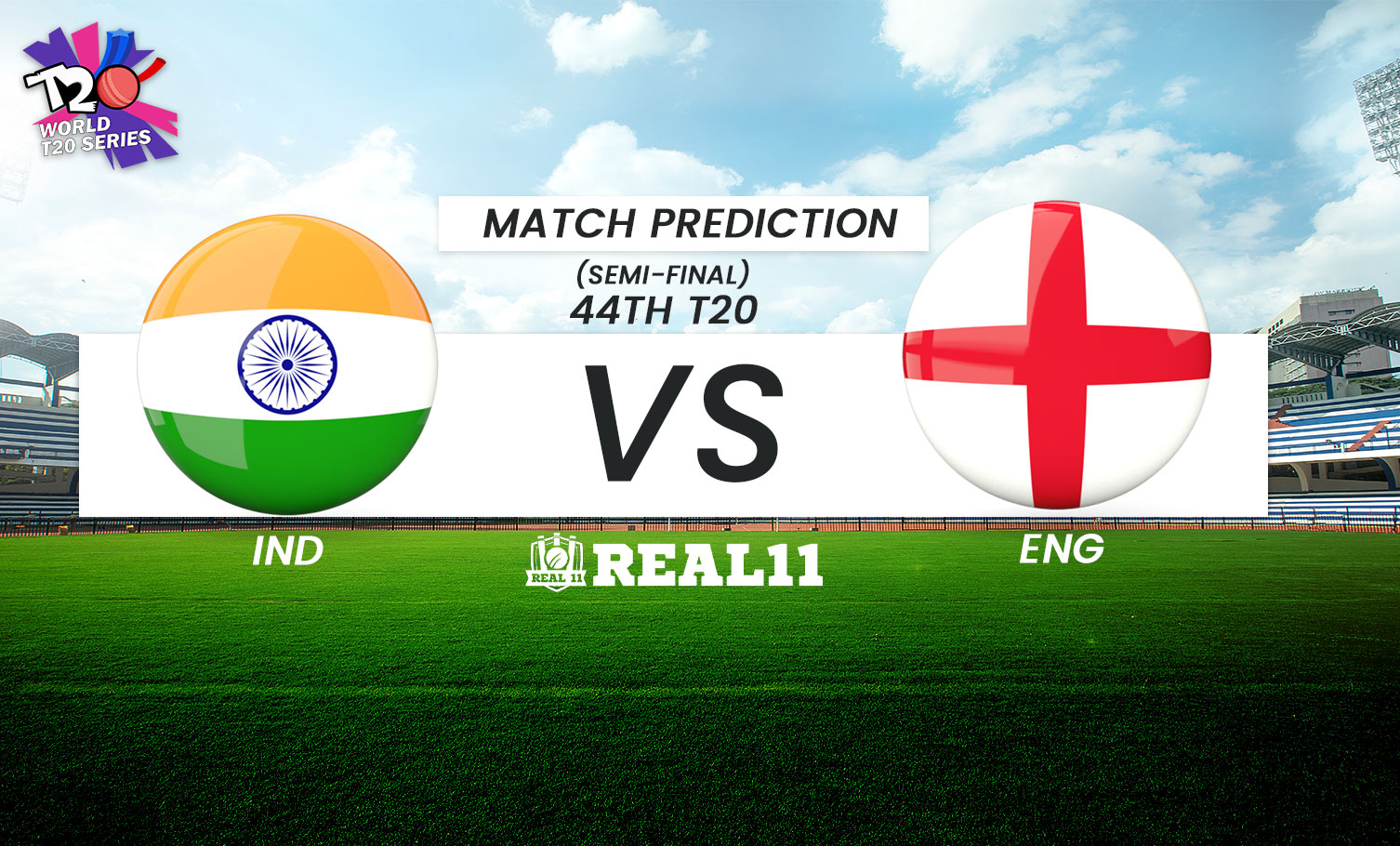 The men in blue will square off with the Three Lions in the second Semi Final of the World T20 Series 2022 on Thursday, November 10 at the Adelaide Oval. Team India have won four of their five games and ended the Super 12 stages at the top of Group 2 rankings. They won their inaugural game against Pakistan followed by a clinical win against Netherlands, before facing defeat against the Proteas in their third match. They subsequently bounced back with two consecutive wins against Bangladesh and Zimbabwe.The only pressing concern for the men in blue is the woeful form of their skipper. Rohit Sharma has been a huge disappointment for his side with bat in hand. He would be raring to come good against England on Thursday.

England’s road to semis saw them first beat Afghanistan in the opening match followed by a defeat in a rail-curtailed match against Ireland. Jos Buttler and co then faced ashes rivals Australia in the third game. The match was however called off due to rain and both teams were awarded with a point each. Up next was New Zealand who up till that point hadn’t lost a single game. England handed them their first loss before thrashing Sri Lanka to seal a spot in the semis. In the batting prowess they have the likes of Jos Butler and Alex Hales who have done exceptionally well at the top of the order. The inclusion of Liam Livingstone has bolstered their batting further. Mark Wood and Chris Woakes will shoulder the bowling responsibility for the Three Lions. Ahead of this riveting fixture, let us have a look at how these two squads will fare out in Thursday’s clash.

With the ball gripping on the surface, the pitch at Adelaide Oval is not the easiest to bat on. It was difficult for the side batting second and is expected to behave in the same manner during the match between India and England. Toss will play a crucial role on Thursday.

The temperature on Thursday is predicted to be around the range of 13-22 degree celsius. It will be partly cloudy at night. Apart from that clear skies have been projected during the day time.

Jos Buttler- The English skipper is a force to reckon with. He has had a hot and cold tournament so far but you can count on the wicket keeper batsman to perform well in big matches.

Virat Kohli- With 246 runs in 5 innings, the dashing batsman is the leading run scorer in the tournament.  He has hardly faced any dot balls in this competition, and has constantly kept the scoreboard ticking by manoeuvring the balls into gaps.

Suryakumar Yadav- The right handed batsman from India is currently the best batsman in T20 cricket. The 360° player has all the shots in his arsenal and it would be fascinating to see how he performs on Thursday.

Sam Curran- With 10 wickets in just 4 games, Sam Curran is amongst the leading wicket takers in this competition. He is a lethal bowler and a more than handy batter down the order.

Hardik Pandya- Pandya hasn’t done much either with the bat or ball in hand. However, he adds immense value in both the fronts and we back him to do well in this game.

Mark Wood- Mark Wood will extract good bounce from the Adelaide wicket. He is quick, accurate and has a knack of picking wickets upfront.

Arshdeep Singh- The Indian speedster has been impressive in this tournament. He has picked 10 wickets in 5 matches so far with majority of his scalps coming inside the powerplay. He will have the onus to strike with the new ball.

With the depth and experience of the England side, it is difficult to look beyond their firepower, as they bat deep, have some excellent all-rounders, and a strong bowling attack. However, India has been the more unified side, prompting us to pick India as the favourite for the semifinal in Adelaide. 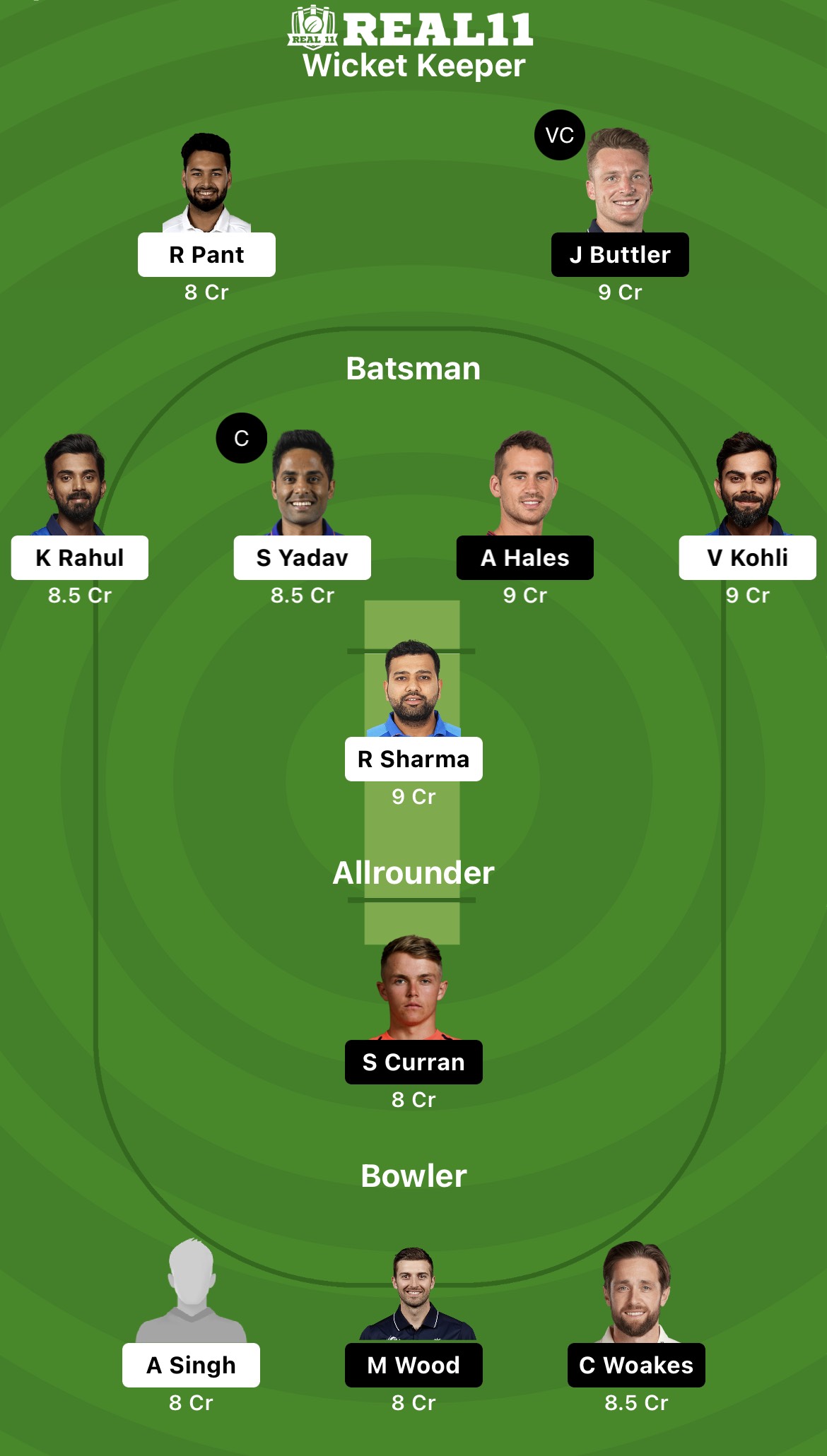