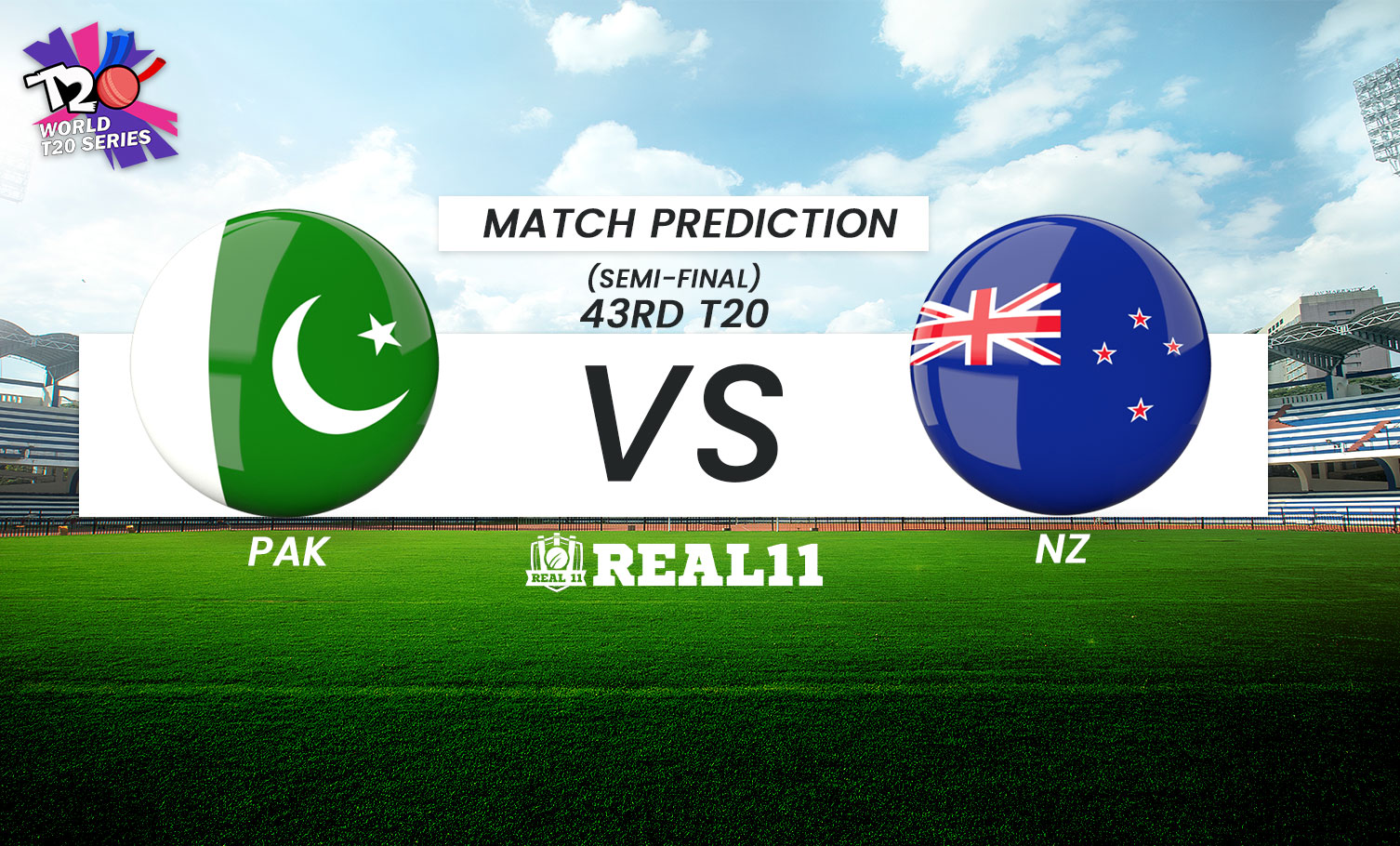 New Zealand will cross swords with Pakistan in the semi-final-1 of the ongoing World T20 Series 2022. New Zealand appeared at the top of the Group-B points table with three wins in five matches they have played so far. Pakistan appeared to be a bit lucky as they cruised into the Semi-Final from Group-A fetching six points with three wins.

The Netherlands bought another huge upset into this season of the T20 World Series by defeating South Africa in the final match of the group stage which facilitated Pakistan to qualify for the Semis. Shaheen Shah Afridi had a huge influence on Pakistan’s late revival in this tournament. He has picked 6 scalps in just 2 games and overall taken 10 wickets in five games. The bowling side is still delivering for the Babar Azam-led side. It is just that their top-order batters have been less impactful throughout the tournament including the star captain, which indeed led to their Semi-Final dream almost fading away, thanks to the Netherlands that they are here.

In the previous season of the T20 World Series, Pakistan lost to the current host Australia in the semi-final. This time the Babar Azam-led side would be keen to cross this level and gear up for the ultimate battle which can be with either of the sides, India or England. New Zealand on the other hand, look to be more than good both with the bat and ball. The only concerning factor is skipper Kane Williamson’s form, hope he has saved all his runs for the concluding two matches. Although he bounced back a little against Ireland by smashing 61 runs. The best part of the Black Caps are, they don’t rely on any one individual to win matches, rather they work as a team and that has helped them to flourish in this year’s marquee event.

The pitch at the Sydney Cricket Ground gradually slows down as the game progresses and that is the reason why the spinner always comes in handy. The skipper winning the toss shall be motivated to bat first and put a score of above 160.

The weather report says that there is no rain expected in Sydney and shall not cause any interruptions during the match.

Mohammad Rizwan (PAK) - Although he has had a disappointing tournament by his own high standards, Rizwan has hit scores of 49 and 32 over his last three innings and a big score will not be far away.

Kane Williamson (NZ) - The Black Caps skipper made his highest score of the tournament against Ireland. He smashed 61 off 35 balls in that match.

Glenn Phillips (NZ) - The 25-year-old right-handed batsman has been one of the most impressive players in this tournament. He is the joint-century scorer in this year’s World T20 Series.

Mitchell Santner (NZ) - The left-arm spinner has been excellent with his line and length in this tournament. He has picked eight wickets in four games at an economy of 6.43.

Shadab Khan (PAK) - The 24-year-old spin bowling all-rounder has taken 10 wickets from his previous four games in this competition. He scored 52 runs and took 2 wickets for 16 runs against South Africa in his previous appearance at the Sydney Cricket Ground.

Trent Boult (NZ) - The speedster hasn’t picked a single wicket in his last two games but he is highly experienced to play in high-voltage matches and displayed a great performance in his last match at the SCG.

Shaheen Shah Afridi (NZ) - The young pace sensation took his time to get into his form after a prolonged period of injury but made his comeback with figures of 3-14 in Sydney last week and 4-22 in Adelaide on Sunday. He should surely be the one in your Playing XI.

Team Pakistan have an impressive head-to-head record against the Black Caps. They lead by a six-game difference and have also beaten New Zealand in the 2021 World T20 Series. Also, three times during the last month's Tri-Nation Series in New Zealand which was held just before the commencement of the marquee event.