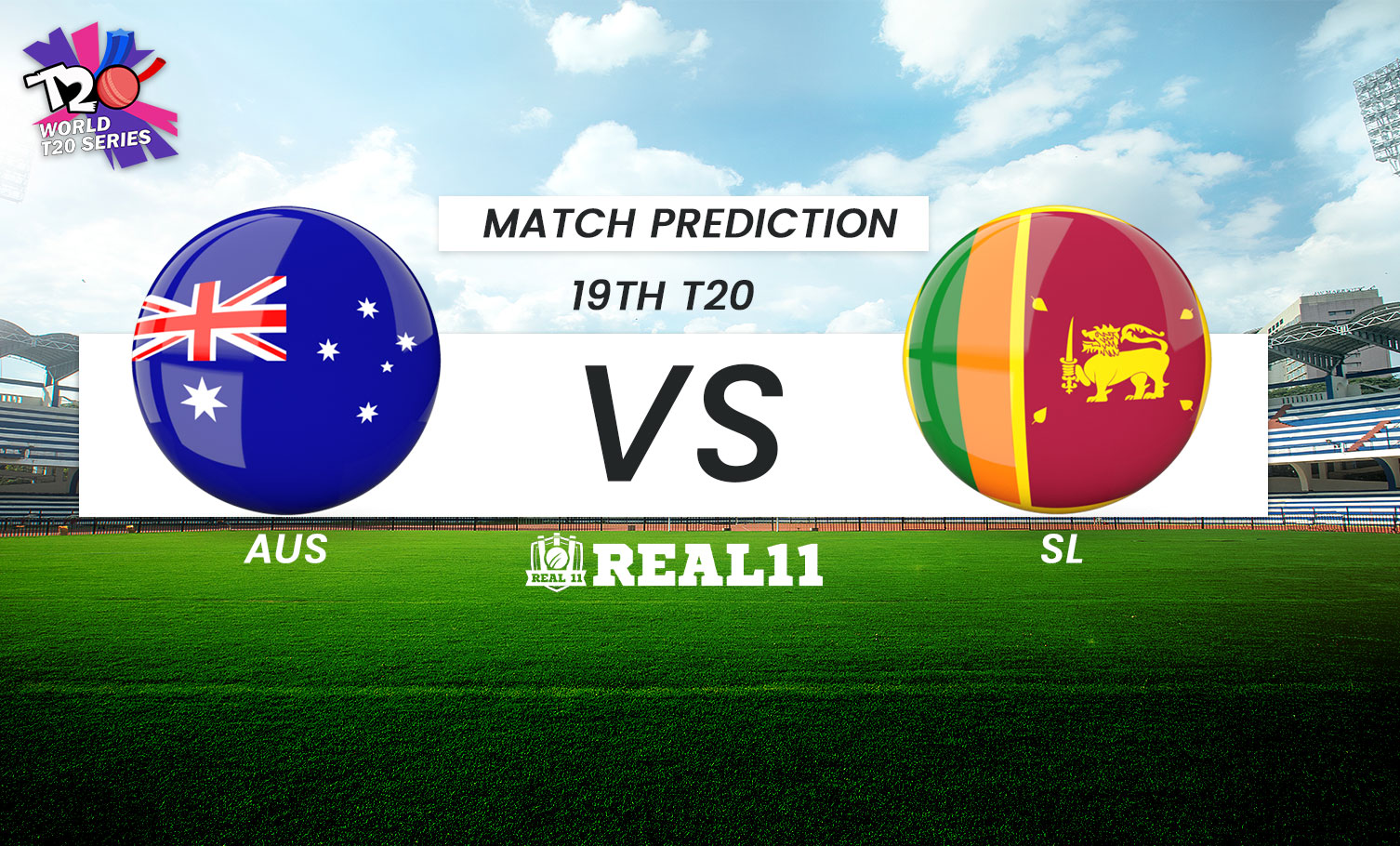 Australia and Sri Lanka will face off in match 19 of the ongoing T20 World Cup on Tuesday, October 25 at Perth's Optus Stadium. Australia's campaign got off to a shaky start when they were defeated by New Zealand by a margin of 89 runs in their first Super 12 match. Sri Lanka on the other hand defeated Ireland by 9 wickets in their Super 12 debut with a superb overall performance.

Following their dismal performance in their previous game, Australia will want to improve in a variety of areas. Their bowlers were decimated by NZ batters, and their batsmen struggled. Prior to their major Super 12 opener loss, they were defeated by India by six runs in their lone warm-up game. They will be eager to recover.

Kusal Mendis' unbeaten 68 off 43 balls powered Sri Lanka to a commanding 9 wicket win.  The Lankan bowlers  did extremely well to restrict Ireland to 128/8 in 20 overs. With the exception of Harry Tector and Paul Stirling, none of the Irish batsmen were able to fend off the Lankan assault. Sri Lanka will strive to keep their momentum going.

The Optus Stadium in Perth has a batting-friendly surface, so batters will strive to score big here once more. The bounce on the surface will encourage the pacers to alternate short balls with longer ones. The bounce of this wicket will help the batters to play their shots with confidence. The average score in games played here is 162 runs.

After a couple of days of rain, the weather in Perth looks much more promising for the crucial Group 1 match between Australia and Sri Lanka on Tuesday. A mostly sunny day is forecast for Perth, with a top of 22 degrees and mild evening expected. There is only a 20% chance of rain, and if any does fall, it should be minimal.

Kusal Mendis- Kusal Mendis is one of the few well-equipped batsmen in Sri Lanka capable of taking on Australia's pacers. He has two consecutive fifties and will be eager to put on another solid show.

David Warner: He missed out in the last game against NZ. Brute by nature, the southpaw likes to take the attack to the opposition right from the outset.

Wanindu Hasaranaga: With 80 wickets in 48 matches at an impressive economy rate of 6.6, Hasaranga has an amazing T20I record with ball in hand. He is also a pretty handy batter down the order.

Glenn Maxwell- This can possibly be Maxwell’s last chance to prove his mettle and his position in the side. He is going through a lean path at the moment. He will be desperate to return back to his lethal best and make a match winning contribution on Tuesday.

Mahesh Theekshana- The highly skillful spin bowler can cause trouble for the opposition batters with his control and clever variations. He has taken 5 wickets in three matches.

Sri Lanka is in menacing form but Australia is the stronger side on paper. We predict the hosts to win a closely fought battle against Sri Lanka. 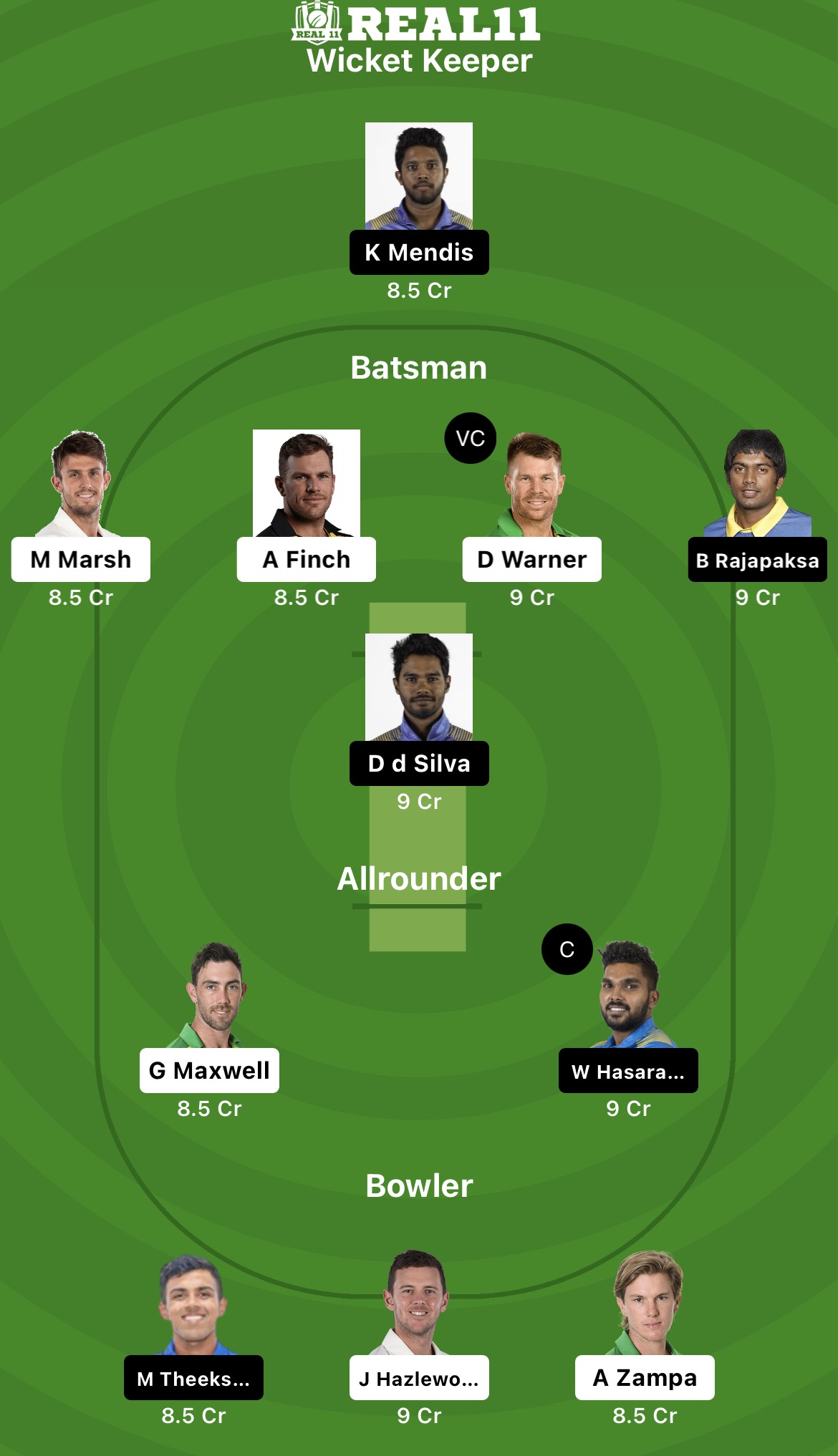