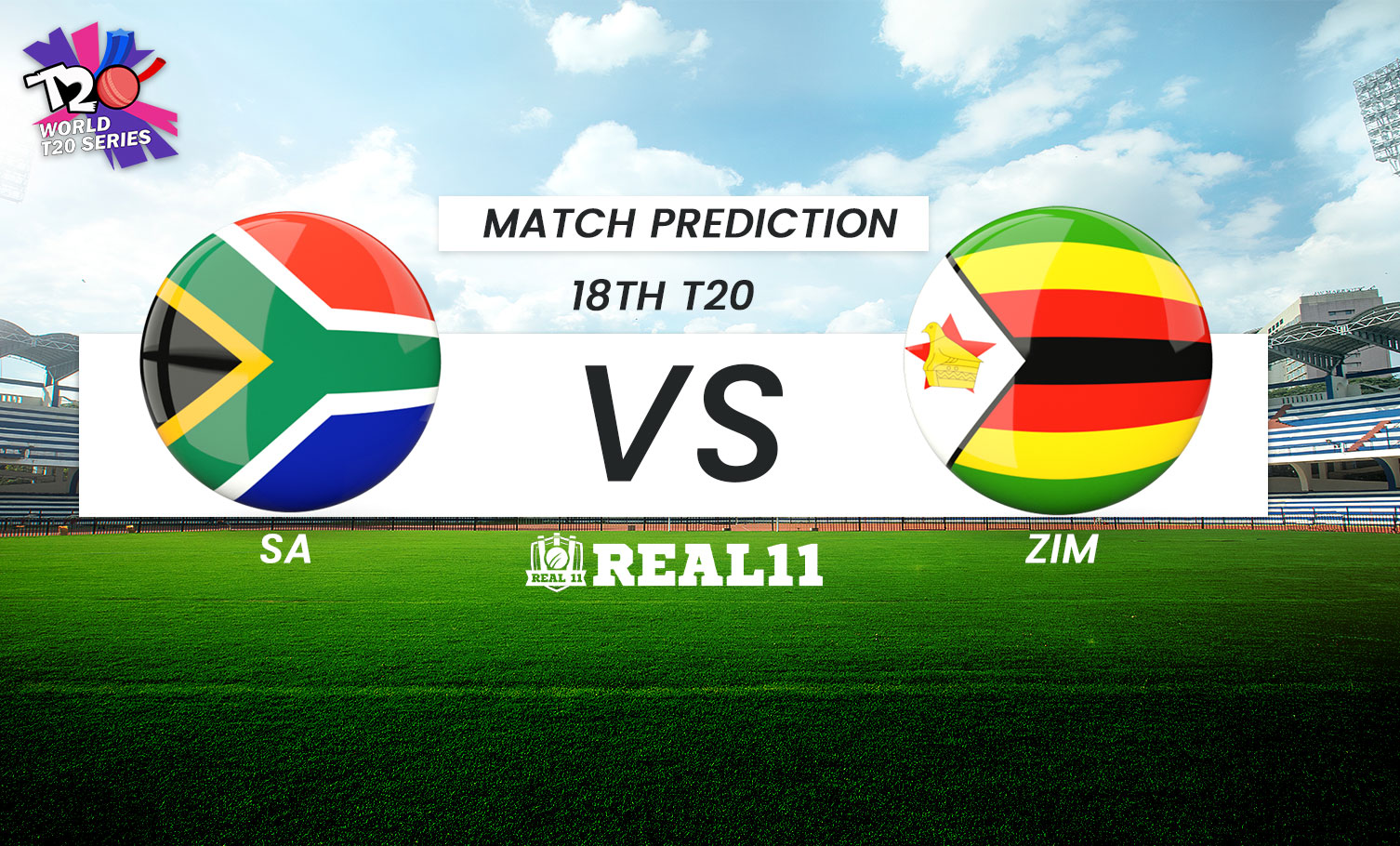 After some hard clashes in the qualifiers, the Zimbabwe team is now set to take on the heavy-weight teams in the group stage of the World T20 Series 2022. South Africa will be hosting the Zimbabwean team in the 18th match of the World Series. The match is scheduled at the Bellerive Oval, Hobart on 24th October.

South Africa faced New Zealand in a warm-up match just after facing humiliating defeats in the T20I and ODI series against India. The Proteas’ bowling side showed some different calibre while playing against New Zealand as they swept away the whole team for just 98 runs. Keshav Maharaj took 3 scalps to top the bowling chart. In the second half, South African batters made the run chase look easy and chased the target in just 11.2 overs with 9 wickets to spare. Rilee Rossouw scored a half-century in the process.

Zimbabwe were the table toppers in the Group B of the qualifiers by beating Ireland and Scotland. They defeated Ireland by 31 runs, followed by a defeat against the West Indies team by the same score margin. In the final group stage match against Scotland, they won by 5 wickets with 9 balls to spare. Skipper Craig Irvine and Sikandar Raza made a 64 runs partnership between them to make a place in the Super 12 of the T20 World Series 2022.

South Africa missed a slot in the semi-final because of the Net Run Rate in the previous World Series. On the other side, Zimbabwe didn't even qualify for the T20 World Series.

The pitch was slower earlier, but the recent changes in the surface have made the competition more even between the batters and the bowlers. The spinners are going to get some good turns.

With rain forecast throughout the upcoming week, we might witness a shortened or completely washed-out match.

Quinton De Kock (SA)- The talented opening batsman, Quinton de Kock, will prove to be the decisive element in the upcoming match. He has abilities to score quick runs, De Kock will hunt on the Zimbabwean bowlers if he gets back to his sublime form.

Reeza Hendricks (SA)- He has been the best batsman for the South African side over the last year with 379 runs from 11 innings at an average of 34.

Craig Ervine (ZIM)- He is a left-handed batsman from Zimbabwe. He has marked 67 runs in this competition so far. He is expected to keep improving his performance over time.

Sikandar Raza (ZIM)- He is the best possible all-rounder choice from both teams. Raza has been the best batter from the Zimbabwean side and has scored 516 runs from 15 innings at an average of 39.

He also has been the team’s top wicket-taker over the last year with 15 wickets from 15 innings and is stable at a bowling average of 19.

Wesley Madhevere (ZIM)- He has scored 347 runs from 15 innings. He has a batting average of 26 over the previous year.

Tabraiz Shamsi (SA)- He is assumed to be the best bowler along with the likes of Kagiso Rabada. He has been their top wicket-taker over the previous year with 20 wickets from 14 innings and has been steady at a bowling average of 19.

Blessing Muzarabani (ZIM)- He is still their prime speedster and would have to give his best against the Proteas team.

South Africa lost their semi-final spot on NRR in the last edition. They will be very furious in this edition. They have won 7 out of 12 games played this year. The 4 games they lost were against India. SA has defended a series and won the remaining 2 this year.