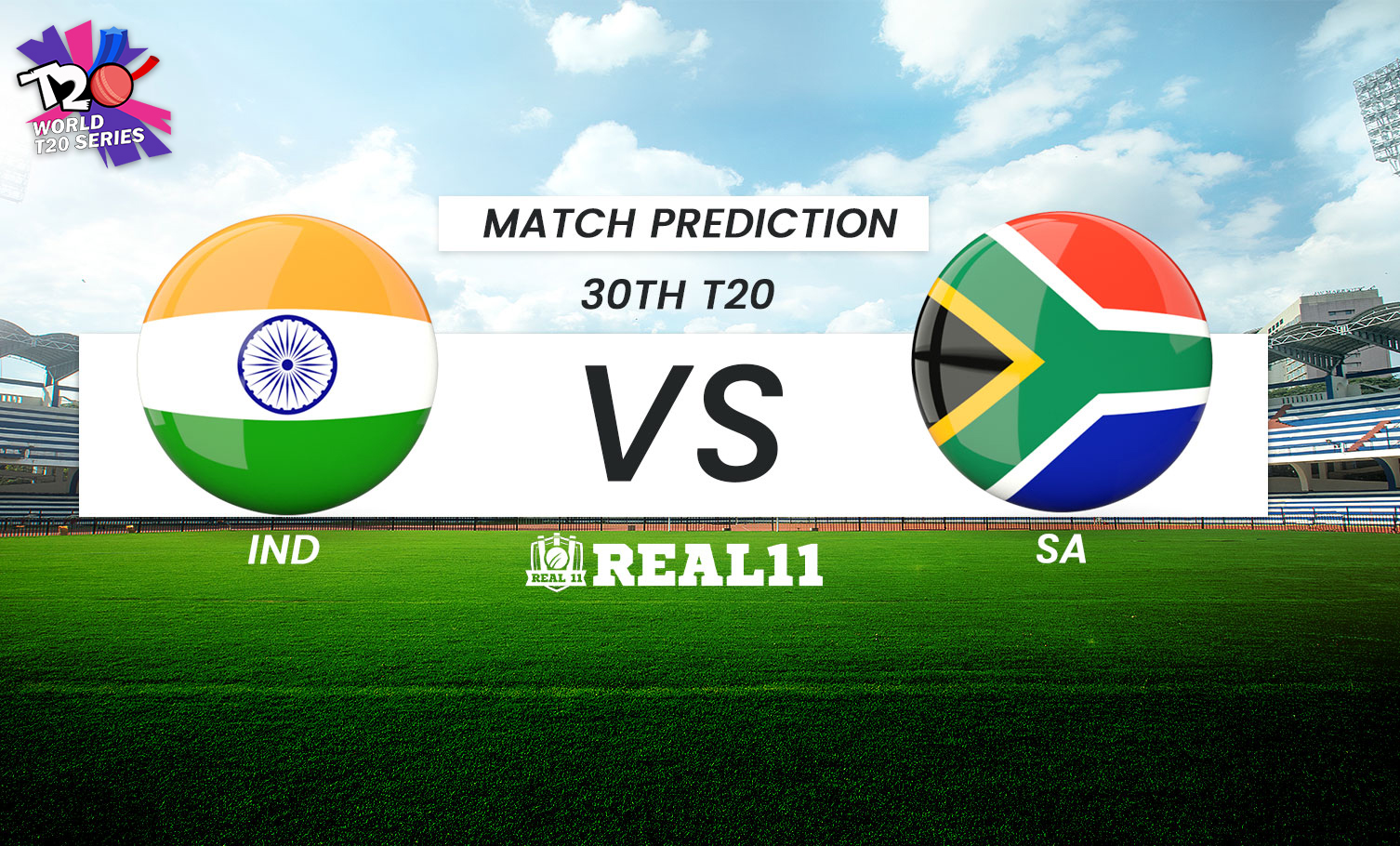 India will meet South Africa in match 30 of the World Series 2022 on Sunday (October 30) at the Perth Stadium. This is a critical match for both teams since the winner of this game is set to certainly finish first in Group B. South Africa has one victory against Bangladesh and one point from their abandoned game against Zimbabwe, while India has managed to secure two wins over Pakistan and Netherlands respectively.

This game will take place in Perth. It is Australia's fastest surface. The Proteas boast a powerful bowling assault, with bowlers like Kagiso Rabada, Lungi Ngidi, Wayne Parnell, and Marco Jansen hitting 140kmph. South Africa's batting, on the other hand, appears to be sturdy. It is one of the most frightening, with Rilee Rossouw, Aiden Markram, and David Miller in the middle order. In T20Is in 2022, all three batters have struck with a strike rate of 160 or above.

Add Tristian Stubbs in the mix, South Africa's middle order looks dangerous. India's bowlers have bowled well thus far, but they will need to be at their best to stop such a strong batting line-up. So far, Arshdeep Singh, Bhuvneshwar Kumar, and Axar Patel have all bowled brilliantly. The three will look to maintain their momentum against the Proteas on Sunday.

This match will take place in Perth. The surface out here has provided bowlers with bounce and seam movement. Because it is a day-night game, teams will choose to chase owing to the dew effect.

Rain so far has forced the cancellation of a few World T20 games. The game between India and South Africa will take place at Optus Stadium in Perth. The conditions have been overcast for several days. The sky will be cloudy and dreary.

Quinton De Kock: Quinton de Kock led the attack against Zimbabwe's bowlers, scoring an unbeaten 47* runs off 18 balls followed by a quickfire 38 ball 63 against Bangladesh in the next game. His ability to turn good balls into scoring chances distinguishes him.

Rilee Rossouw- The southpaw smashed a blistering century in the last game against Bangladesh. He has been a vital cog of SA’s impressive run in white ball cricket this year.  We fancy the top order batter to continue his dream run with bat in hand.

Virat Kohli- The champion batter is in ominous touch at the moment. He is coming into this match on the back of two consecutive half centuries.

Hardik Pandya- Hardik Pandya is arguably India’s best all rounder in white ball cricket at the moment. He can bat, bowl and is an exceptional fielder.

Arshdeep Singh- Arshdeep Singh started the tournament on a commanding note picking up three crucial wickets against Pakistan. He took two more in the following game against Netherlands. The lanky pacer has been very successful for his side with the new ball. In two games, Arshdeep has claimed 5 wickets and is amongst the leading wicket takers in the competition.

Anrich Nortje-  The express pacer took a four-fer in the last game against Bangladesh. He is quick, accurate and has the ability to surprise opposition batters with his brutal bumpers.

If India wins, they will have a good chance of qualifying for the semi-finals. If South Africa wins, Pakistan's chances of winning the World T20 Series are all but finished. As a result, there is a lot at stake in this match.India and South Africa have met 23 times, with India being triumphant 13 times, while the Proteas have won 11 of the 23 matches. The remaining one finished in a tie According to our match prediction, India are favourites to win this match based on form, head-to-head record, and current form of both teams. 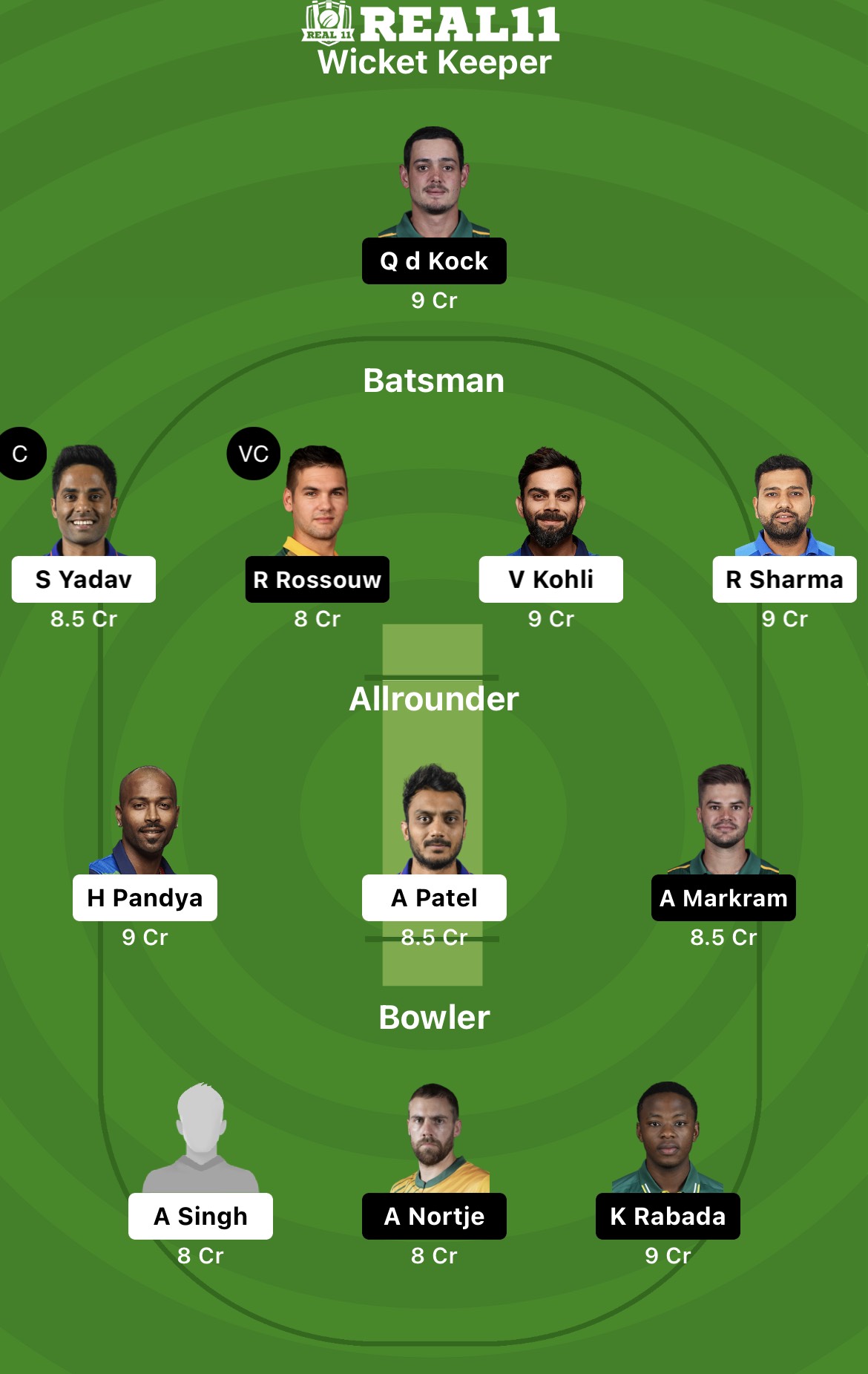 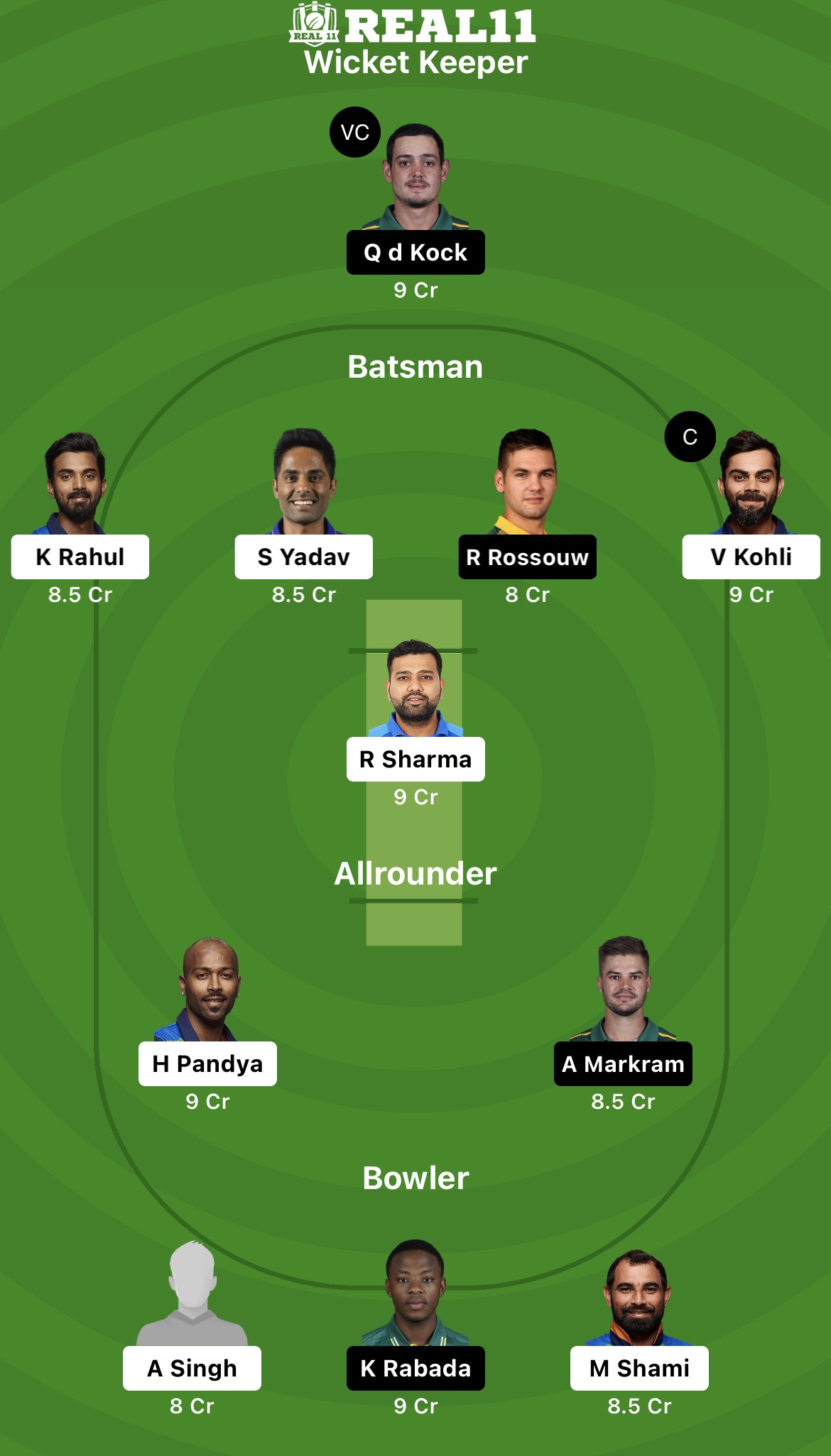