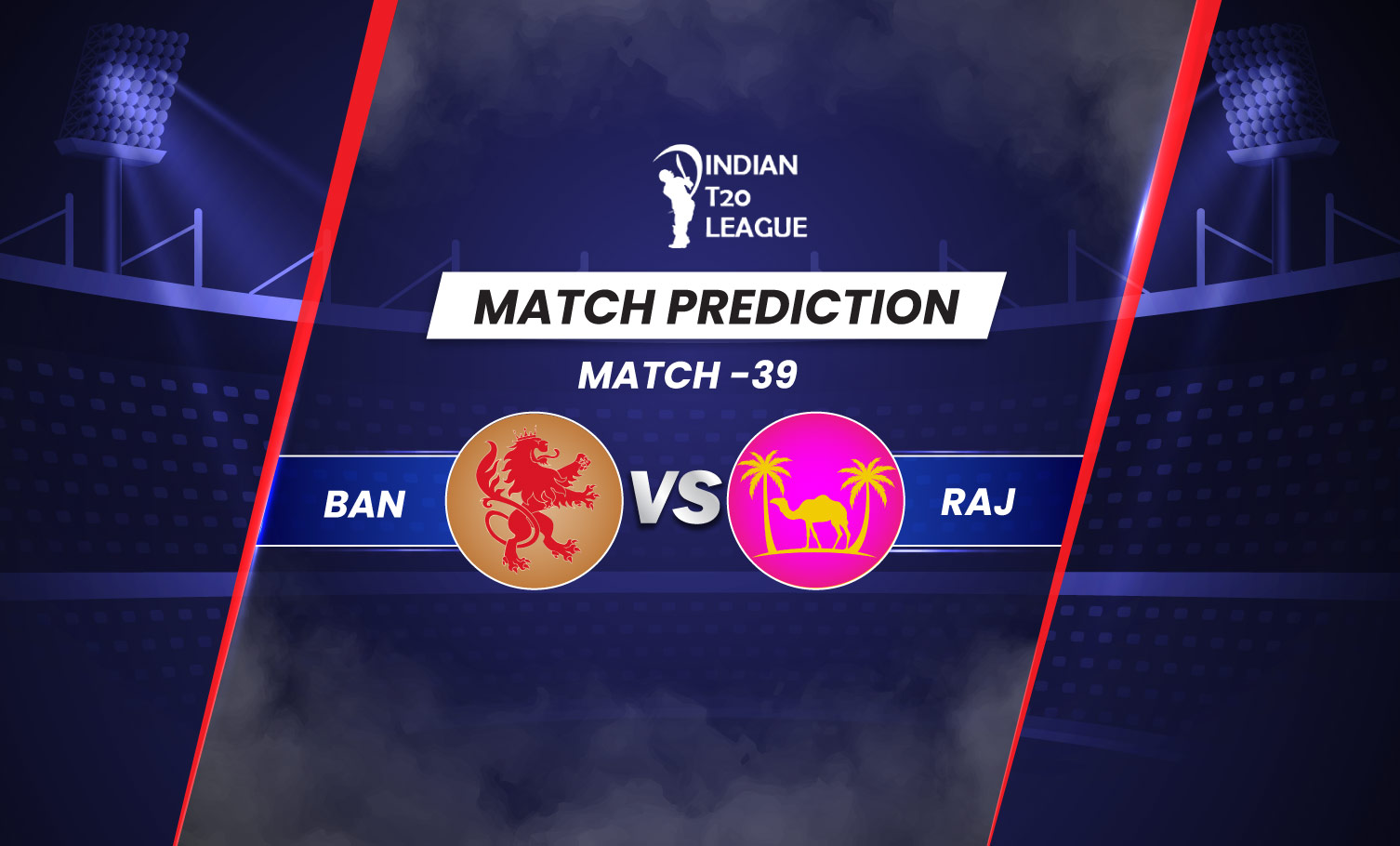 After a dismal show against Hyderabad in the South Indian Derby, Bangalore will look to return to winning ways when they take the field against Rajasthan in match number 39 of the Indian T20 League 2022.  The men in red were tormented by their local rivals at the Brabourne Stadium on Saturday. The entire team was bundled for the lowest score of the season after being asked to bat first. Hyderabad bowlers picked wickets at regular intervals and didn’t allow them to settle. Kane Williamson and co then comfortably chased down the partly target of 68 in just 9 overs. Rajasthan on the other hand will be eager to continue their dream run in the tournament. Jos Butler has been their key man with 491 runs under his belt.

Bangalore will need to address their batting concerns before they head into this crunch game. The top order lacks quality. Faf has done well in patches, Rawat and Kohli have been woeful and Maxwell has failed to capitalise on his starts. Dinesh Kartik and Shahbaz Ahmed are the only two batters who have shown some promise. DK in particular this season has been very impressive. He has finished off games for Bangalore and the team would be hoping the wicket keeper batter continues to do so. Josh Hazlewood will lead the bowling prowess which also comprises Harshal Patel and Mohammad Siraj. While Siraj has not been amongst the wickets, Patel has been decent. Hasaranga is another bowler who has turned heads with his stellar show time thus far.

Rajasthan are the team to beat this season. With 10 points in 7 matches, the inaugural season winners are placed at third position behind Gujarat and Hyderabad. They have hardly put a foot wrong in the competition so far and have played some good cricket. Jos Butler has unaraguably their best player on field. He has slammed three centuries with over 500 runs to his name. He scored a whirlwind 116 in Rajasthan’s recent fixture against Delhi.  Paddikal who looked scratchy before the game also came good and played a crucial knock to provide his team a flying start. Samson’s late blitz helped the men in pink post a gigantic total of 216. Delhi in return could not keep up with the asking rate and eventually fell 15 runs short. Prasidh Krishna starred with ball in hand and ended the game with match figures of 3/22. Ahead of this scintillating clash, let us have a look at how these two sides will fare out in this game.

The wickets at MCA Stadium are known to be batting friendly initially, but also provide assistance to quality spin bowling. And going by the record, the chasing team has an advantage on the wickets at MCA Stadium in Pune. However, in Ind T20 League 2022, the wickets have produced a lot of bounce, which is expected on a black soil pitch. Three matches were won by the team batting first, while three were won by the team chasing.

Last time these sides met, Bangalore emerged victorious but looking at the current shape and form we fancy Rajasthan to make it 1-1.

Jos Butler is in ominous touch right now. He is batting like a man on mission and is doing the majority of scoring for the men in pink.  The current orange cap holder will hold the key for the former champions.

Yuzvendra Chahal is a must pick. Regarded as a T20 specialist, the spin wizard was effective in the last game and he’s a safe bet. You can even consider him to be the captain of your side. The current purple cap holder will be key in this match.

Josh Hazlewood has been Bangalore’s main man with ball in hand. He has shown his prowess as a premium pacer by picking up wickets with both the new and old ball.

Dinesh Kartik is a must pick. He is scoring runs at a brisk rate and is finishing off games for Bangalore in fine style.