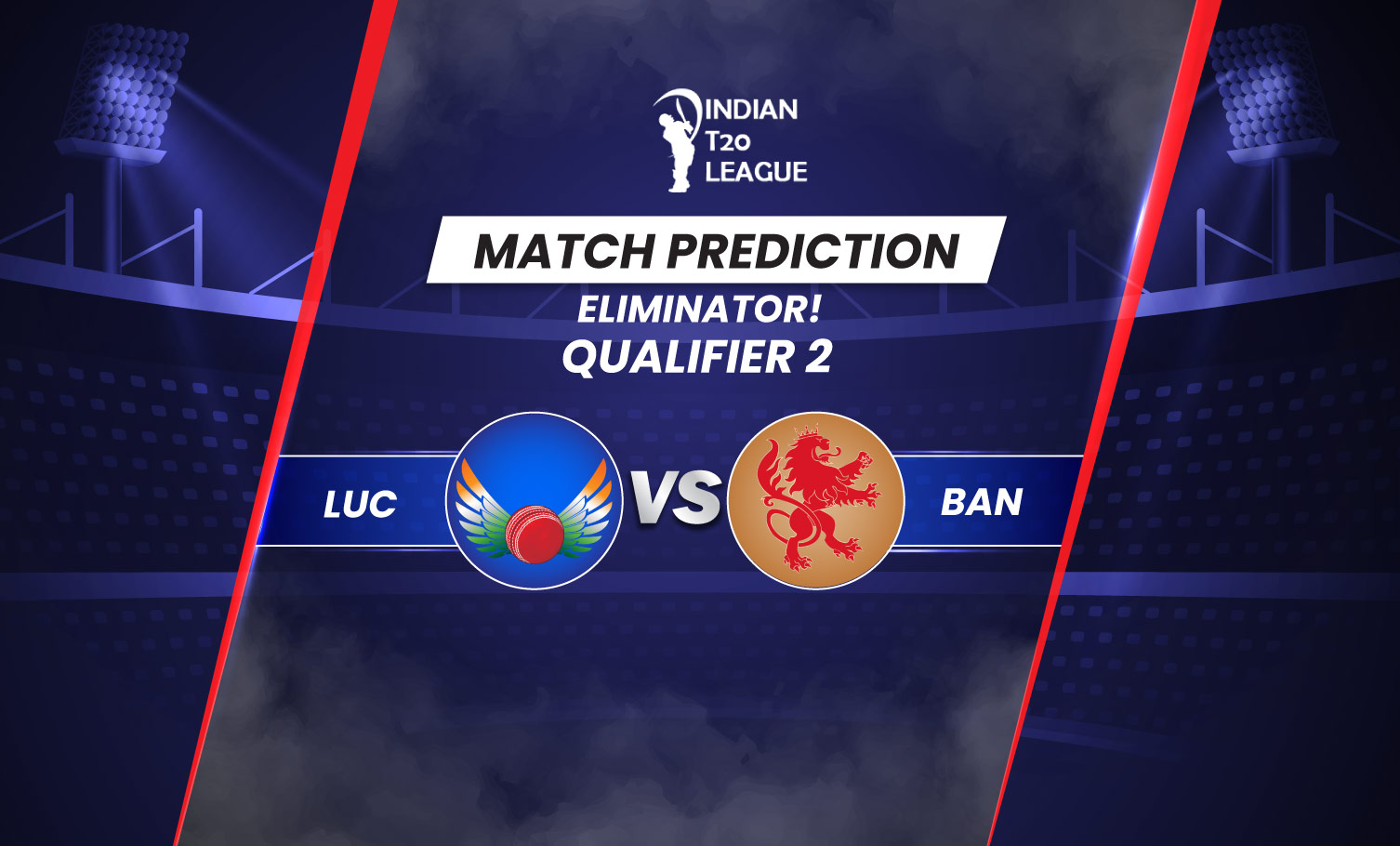 Lucknow challenged Kolkata in their last game of the league stage and won the game by a margin of only 2 runs. Quinton de Kock and KL Rahul smashed unbeaten knocks of 140 and 68 respectively adding to the highest total by openers in the Indian T20 League history. When it comes to bowling, Mohsin Khan and Marcus Stoinins took 3 crucial wickets each to seal their victory.

On the other side, Bangalore locked horns with the table topper Gujarat where they won the match by 8 wickets. Virat Kohli and Faf du Plessis hammered 73 runs and 44 runs respectively in that game. And in the bowling section, Josh Hazlewood scalped a couple of wickets. Hope that Kohli will continue with this form in the eliminator to fetch yet another crucial win for his team to inspire his team to go further in the tournament.

The last time they faced each other in this season, Bangalore beat Lucknow by 18 runs. The winner of this match will enter Qualifier 2 to face the loser of Qualifier 1 to seal a place in the finals. And the loser will get eliminated from the tournament.

The pitch at Eden Gardens is considered to be impactful for the batsmen although spinners eventually come into action as the game progresses. But keeping in mind the weather condition up there in Kolkata, heavy showers have flooded the field. And if this situation continues, then the patchy field will be ideal for the speedsters as the ball will skid and come into the bat must faster than expected.

Both the teams have a well-balanced side and have played pretty good cricket in the league stage. But Lucknow is on the greater side because of the presence of a clutch of outstanding all-rounders. The depth in the batting lineup might provide the Lucknow franchise a small edge against Bangalore in the eliminator.

KL Rahul the Lucknow captain has had a wonderful season in this year’s Indian T20 League. He played an amazing knock of 68 not out in their last league match against Kolkata. He is a big-game player and a perfect choice for your fantasy team.

Quinton de Kock, the South African left-handed batsman hailed Lucknow their last and crucial win by scoring a mammoth 140* out of 70 balls to storm Lucknow into the eliminators. He is in sublime touch at the moment and seems to be an essential pick for your playing XI.

Faf du Plessis is an excellent right-handed batsman and knows his job well. He hammered a whopping 96 runs against Lucknow in their previous league stage match. He shall be your top fantasy pick in the playing XI for LUC vs. BAN.

Wanindu Hasaranga is a right-handed batsman and right-arm leg-break bowler.  He has shattered the timber 24 times in this season and is currently second in the purple cap race. He is a must-pick for your fantasy team in the Eliminator between LUC vs. BAN match.

Marcus Stoinis has saved his team from different tough situations. Like he took three wickets against the do-or-die match against Kolkata. He dismissed threatening batters in the form of Rinku Singh and Captain Shreyas Iyer at crucial moments to turn the match in favour of Lucknow. He is sound with his bat too. His ability to create a difference makes him favorable for the risky pick to be the captain of your fantasy team.