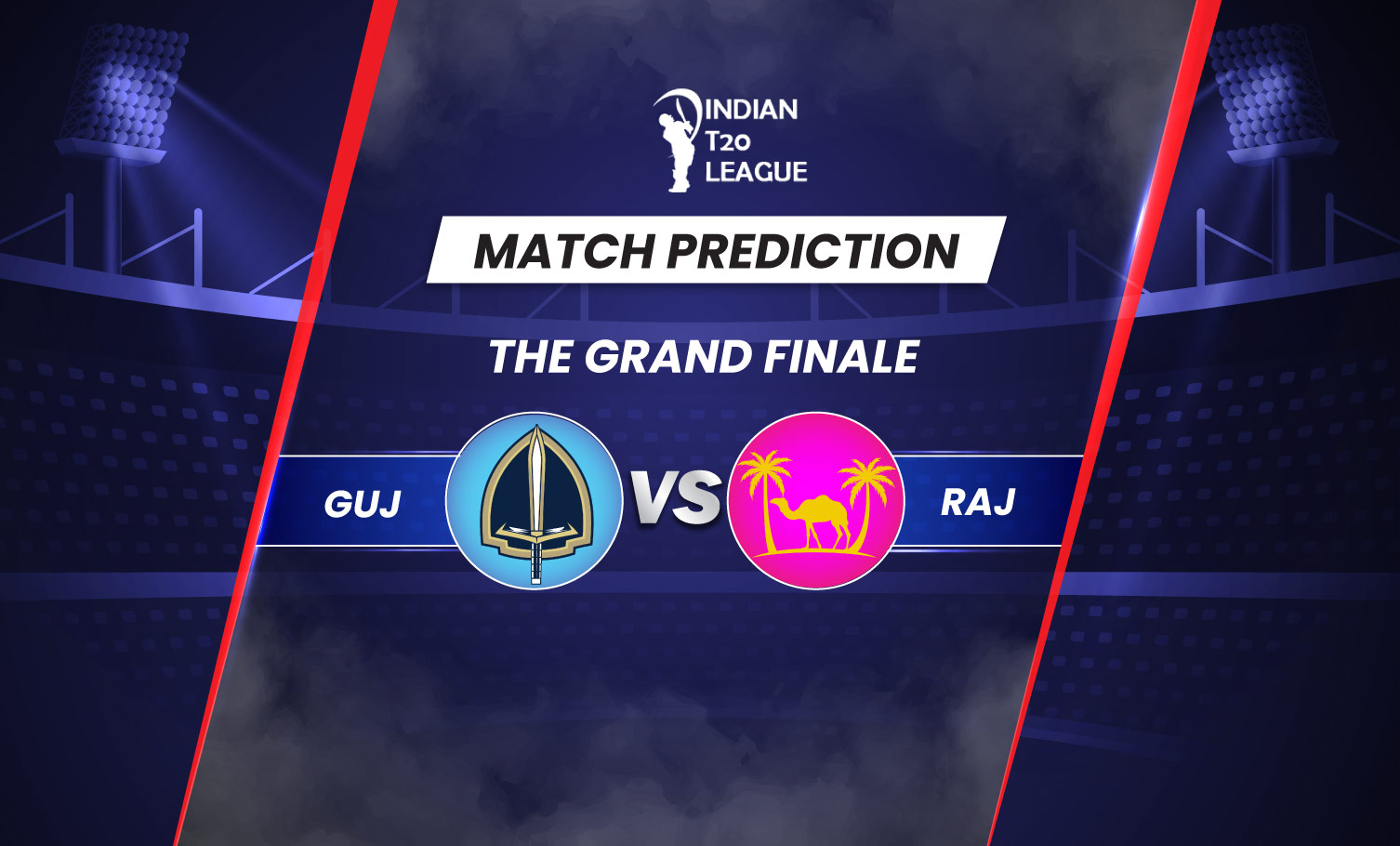 The Grand Finale - GUJ vs. RAJ

It’s only justifiable that two of the most successful teams in this year’s Indian T20 League will face each-other to lift the prestigious cup at the Narendra Modi Stadium, Ahmedabad. Gujarat who are in a great run of form defeated Rajasthan in the first qualifiers while Rajasthan will look forward to take revenge and taste the cup success for the second time in their history.

‘This one’s for Warnie’ is their mantra and the team motivates them and aims to lift the trophy to pay a tribute to their first ever captain, Shane Warne. The first ever Royal would definitely be proud of the boys for playing this brand of cricket as Rajasthan defeated Bangalore by 7 wickets to take their rightful spot in the finals of the competition. The reason behind their success is of course Jos Buttler. The opener scored more than 800 runs in the season and with that, Rajasthan cruised past all the obstacles and qualified for the all important final. There was a time when the bowlers were going dry too but in the last match, they showed their actual strength as Prasidh Krishn and Obed McCoy picked three each to break the backbone of the opposition. Yuzi Chahal, the joint top most wicket taker of the tournament will also be under the scanner to see if he can create any difference in the night of the finals. The spinner has a lot to prove and what better than helping the team win the prestigious trophy. Sanju Samson, Shimron Hetmyer also deserve a lot of praise for the kind of match winning knocks that they played over the season.

When it comes to Gujarat, no one really gave them any kind of chance. Hardik Pandya as the captain of the team and Ashish Nehra as the coach was looked down upon but they in fact were the most consistent side of this year’s tournament. Unity has been their massive strength and the plus point is that anyone can change the complexation of the match at any given point. There are multiple match winners in their squad and thus, the team is always calm and most importantly back each-other. Can they lift the trophy in their very first season? They very much can. The same team defeated Rajasthan in the first qualifier when David Miller played a brilliant innings. 15 was needed off the last over and the South African hit 3 sixes in the first three balls to take it home. Their bowling can be a matter of concern but shouldn’t bother much. Openers need to give Gujarat a good start though.

The surface of the Ahmedabad Stadium has red soil which tends to dry off sooner and assist the spinners. The batters usually find it difficult to get going here and the venue has seen some low-scoring games as well.

Even though Gujarat are the favourites to win the tie and are also playing in front of their home crowd, look out for Rajasthan. The can actually defeat Gujarat in the final game of the season and lift the prestigious trophy.

David Miller is playing some marvellous cricket this season. This can arguably be his best season in the history of the tournament and he has the ability to inspire his team to win their first silverware.

Jos Butler is in tremendous form off late. With more than 800 runs, the dashing Rajasthan opener is the leading run scorer in the tournament.

Hardik Pandya has impressed one and all in this season. Be his batting or captaincy, Pandya has created a real difference in the team and if he manages to keep his cool in the final league game, he can very well prove all his haters wrong.

Yuzi Chahal has already picked 26 wickets in the tournament. The crafty spin bowler has troubled opposition batters with his clever and subtle pace variations. 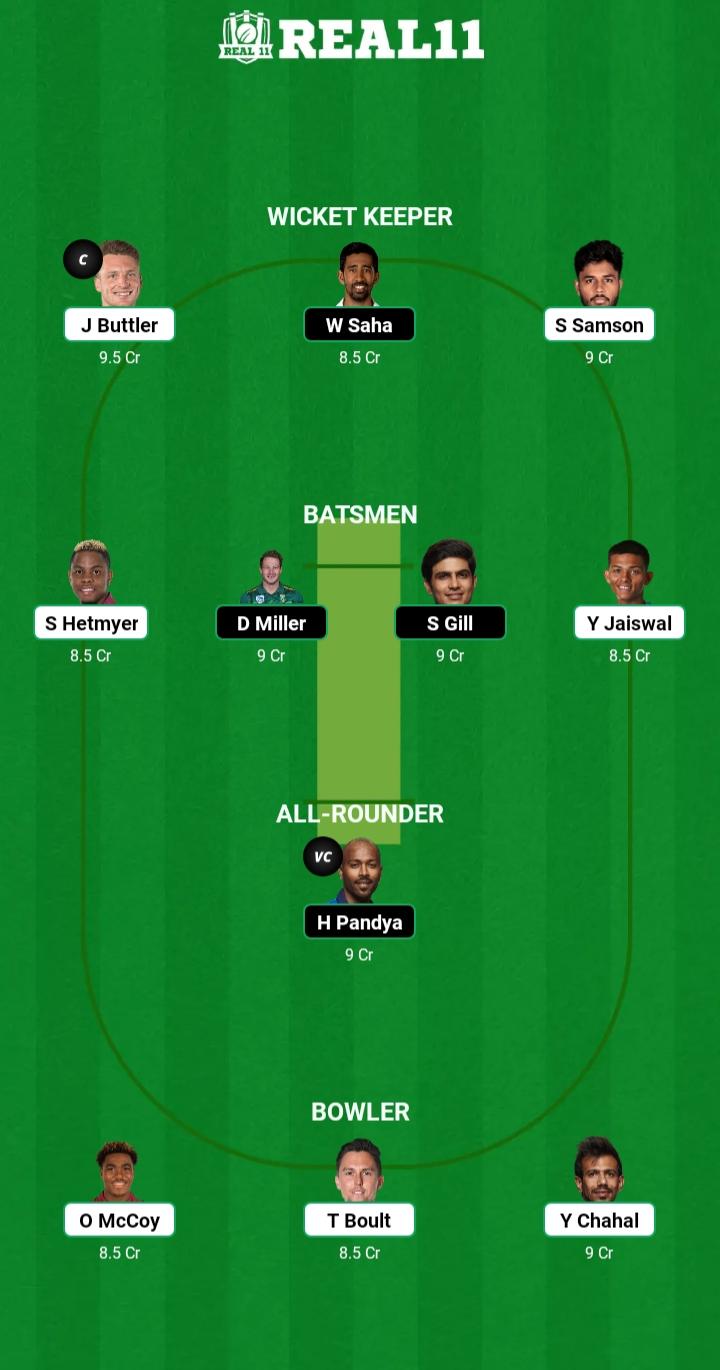 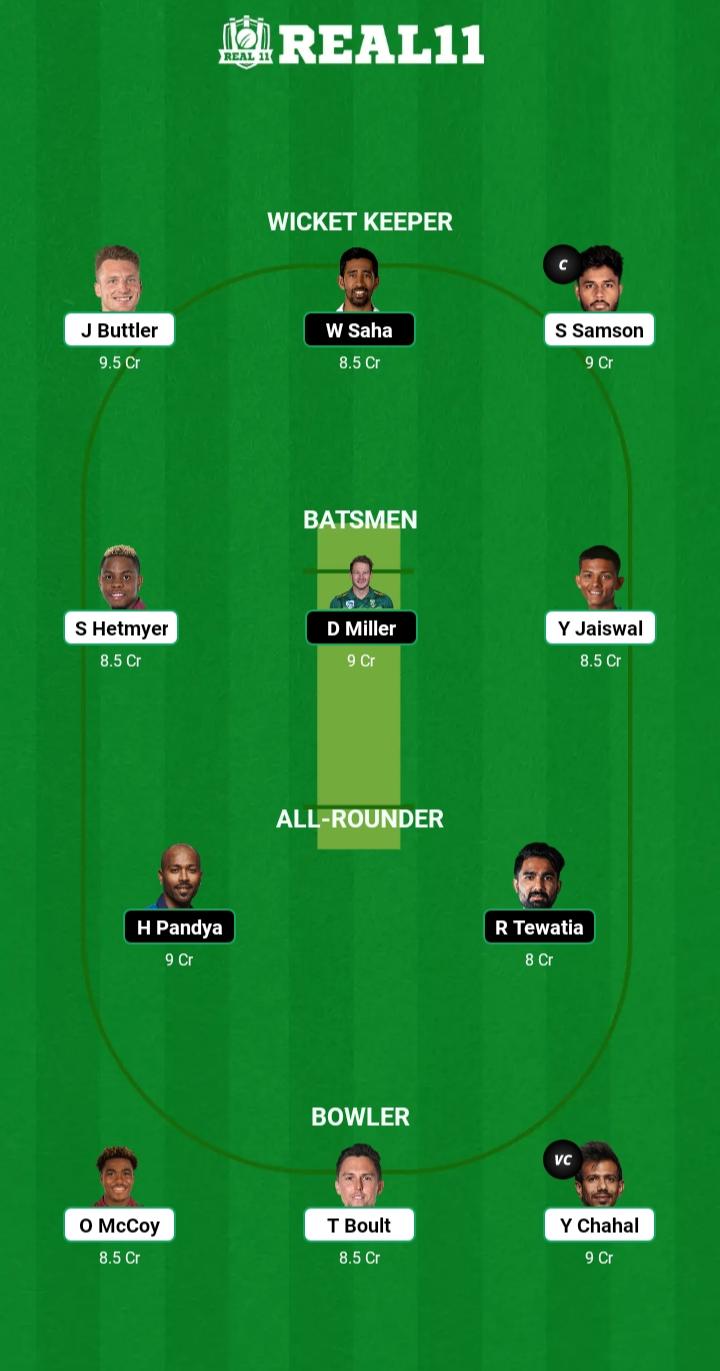