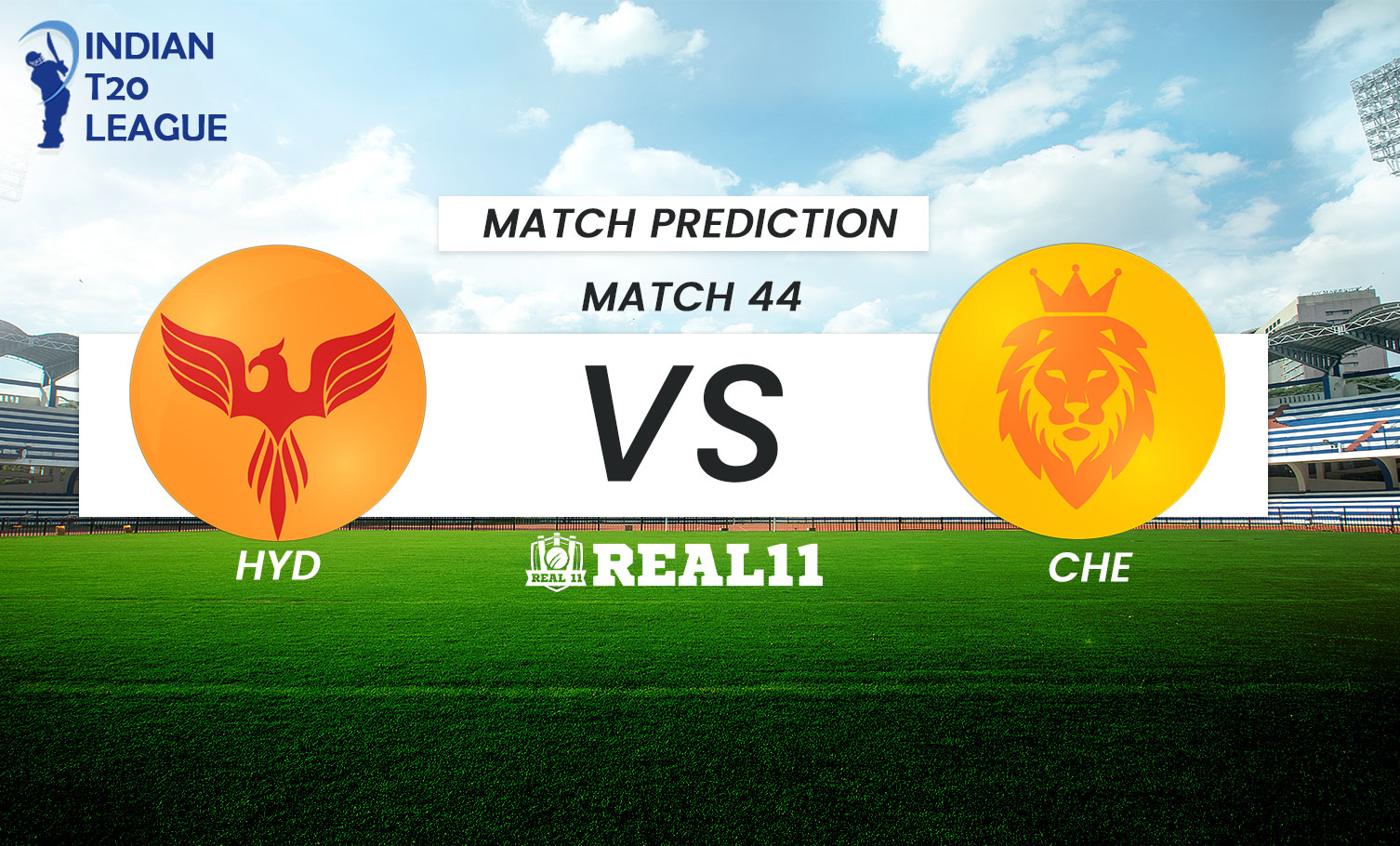 Hyderabad are all set to take the field against Chennai in match number 44 of the Indian T20 League 2021 on Thursday, September 30 at the Sharjah Cricket Stadium, Sharjah. The MS Dhoni led Chennai are on a roll as they are placed on the top of the table with 16 points and a healthy run rate of +1.069. They are yet to lose a match in the second leg of the current edition. In their previous fixture against Kolkata, Chennai found themselves in a bit of a crisis but were saved by the late blitz of Ravindra Jadeja. Another win will cement three time champions place in the playoffs. Hyderabad on the other hand got some momentum back to their campaign with a crucial win over Rajasthan in their last game. However, they are reeling at the bottom of the points table and are virtually out of the tournament. Chennai start favorites and the men in orange will have an uphill task in front of them. Kane Williamson will once again hope Jason Roy to come good and deliver the goods. He alongside Saha gave Hyderabad a flying start the other night against Rajasthan.  The exclusion of D Warner and M. Pandey was also a talking point from the last game. The senior pros were left out from the playing XI due to their awful run in the tournament. Both Pandey and Warner have been an integral part of this HYD unit and keeping them out must not have been easy for the management. Ahead of the cracking contest, let us have a look at how these two sides will fare out in today’s clash

The wicket at Sharjah has not been easy to bat on this time around. The spinners have been hard to pick on the slow and low pitch. With the likes of Jadeja, Moen Ali in their ranks the men in yellow will fancy to keep the opposition batsmen in check. Chasing is relatively easy on this track. The temperature will hover around 34 degree celsius with clear skies and no chances of rain.

Chennai are on a rampage with a 100% win record in the second leg. Hyderabad on the other hand have found some substance from the last game and would aim to carry on the momentum. Looking at the depth and balance within the squads, 3 time champions are way ahead of their southern rivals. We bet on Dhoni’s men to extend their dominant run in the tournament.