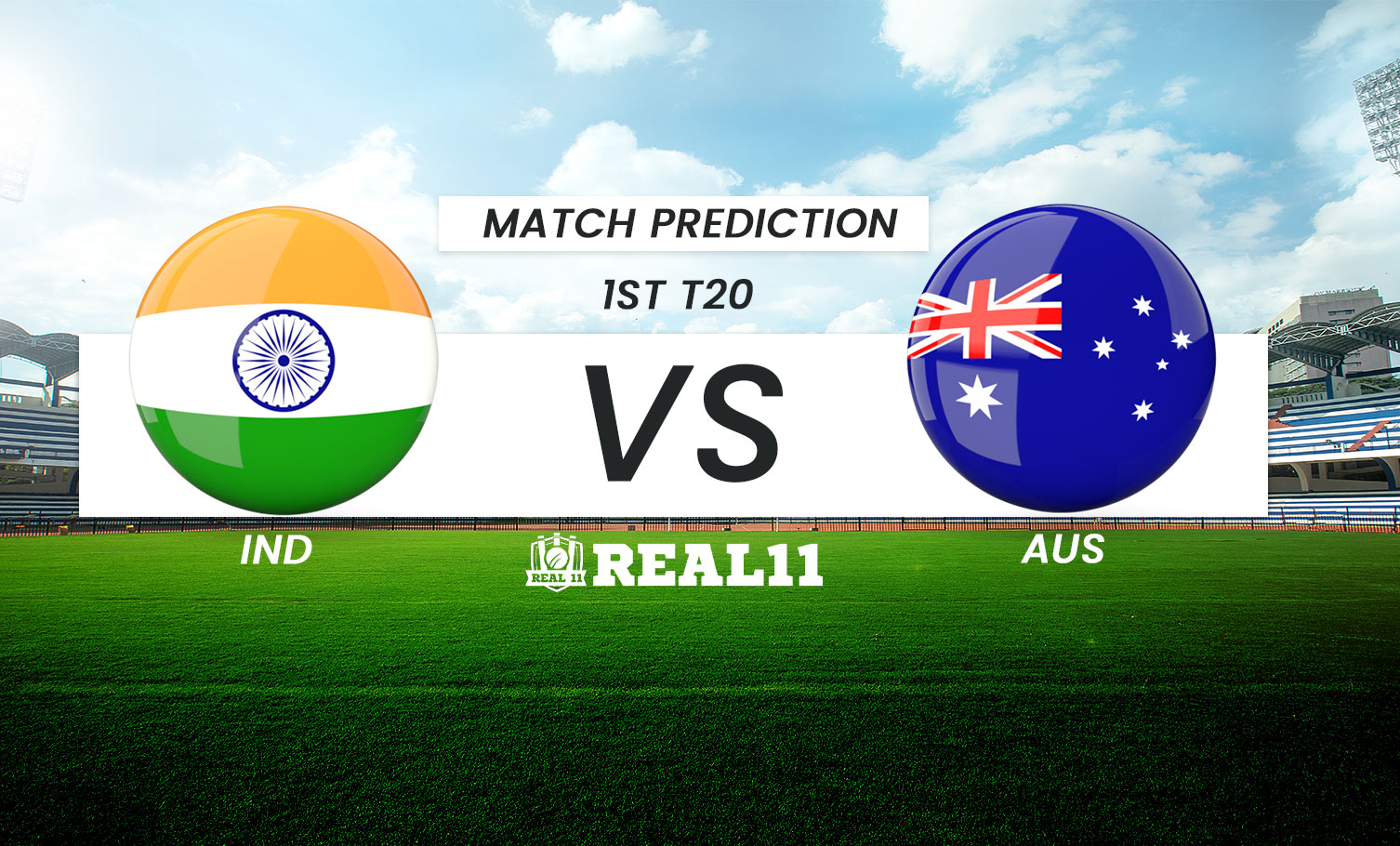 India and Australia will lock horns in the first T20I of the three match series at the Punjab Cricket Association IS Bindra Stadium. Mohali on Tuesday (September 20). This is Australia’s first tour since 2019 when they registered a resounding victory after winning both matches. The visitors last played a T20I series in June against Sri Lanka which they won by a margin of 2-1. They also emerged victorious in the recently concluded ODI series against New Zealand. India on the contrary are coming into this series after a dismal show in the Asia T20. They suffered two losses on the bounce against Pakistan and Sri Lanka during the Super 4 stage of the tournament which resulted in an exit.

India and Australia have played a total of 21 T20Is against each other. The Kangaroos have managed to win 9 matches while India have won 13 matches. However in the last 5 T20Is, Australia have had the upper hand. The visitors will miss the services of Mitchell Marsh, Marcus Stoinis and Mitchell Marsh in their batting department. Tim David, who is also a part of the World T20 series squad is likely to make his T20I debut in this game.

India on the other hand will be delighted by the return of Jaspreet Bumrah and Harshal Patel. The duo missed out of the Asia T20 due to injury is set to make a comeback in this game. Ahead of this lip smacking contest, let us have a look at how these two sides will fare out in today’s clash.

The pitch is likely to provide the batters a lot of assistance, and this game may produce many runs. The side that wins the toss may decide to bowl in this scenario because chasing may be straightforward. In the five T20Is that have been played here, the team batting first has twice managed to score more than 190 runs.

Virat Kohli: Virat Kohli scored his 71st career century against Afghanistan in the most recent game, and he is probably going to play with the same fervour in this game and the rest of the series. He enjoys playing against Australia in T20Is. In 19 games, the champion batter has amassed 718 runs—an average of 59.83, including seven half-centuries.

Suryakumar Yadav: He is the only batter from India to have scored more than 500 runs in T20Is this season. The right-handed batter has scored 567 runs in 17 innings, averaging 37.8 runs per inning. In the previous 10 games, he has only been dismissed once for a single-digit score.

Jasprit Bumrah: The third-highest wicket-taker for India this year in the shortest format of the game has only played three matches this year. He was unable to compete in the Asia T20 due to an injury. He will be a key player for the team that holds the ball throughout the final few overs.

Glenn Maxwell: Glenn Maxwell was named Player of the Match the last time Australia played a T20I match against India. In that match, he scored 113 runs off just 55 deliveries, aiding Australia in their 19.4 over pursuit of a 191-run mark. He has scored 173 runs in 8 games this year at an average of 132.06 and will be attempting to increase that total before competing in the T20 World Series the following month.

Hardik Pandya: Hardik Pandya won the match with both the bat and the ball in the Asia T20’s opening encounter against Pakistan. He was dismissed for a duck against the same opponent in a vital Super Four game, but he has not been the same since that game. Pandya won't have any trouble regaining his groove with the way he has been playing lately.

Rishabh Pant: The wicket keeper batter isn’t in the best of forms lately. He has struggled with bat in hand but we all know how dangerous he can get once he gets his eyes set.

India is probably going to prefer him to be the wicketkeeper in this game in order to fit a left-handed batter in the starting 11. However, his recent T20I performance hasn't been up to mark. But the kind of player he is, he just needs one good innings to return back to his lethal best.

Both teams are quite balanced, with all-rounders, effective pacers, and strong spinners filling the gaps. But despite that close proximity with one another, India may just have the edge because of home conditions and the Australians do not have the luxury of a flying start from David Warner, who is rested for the series. 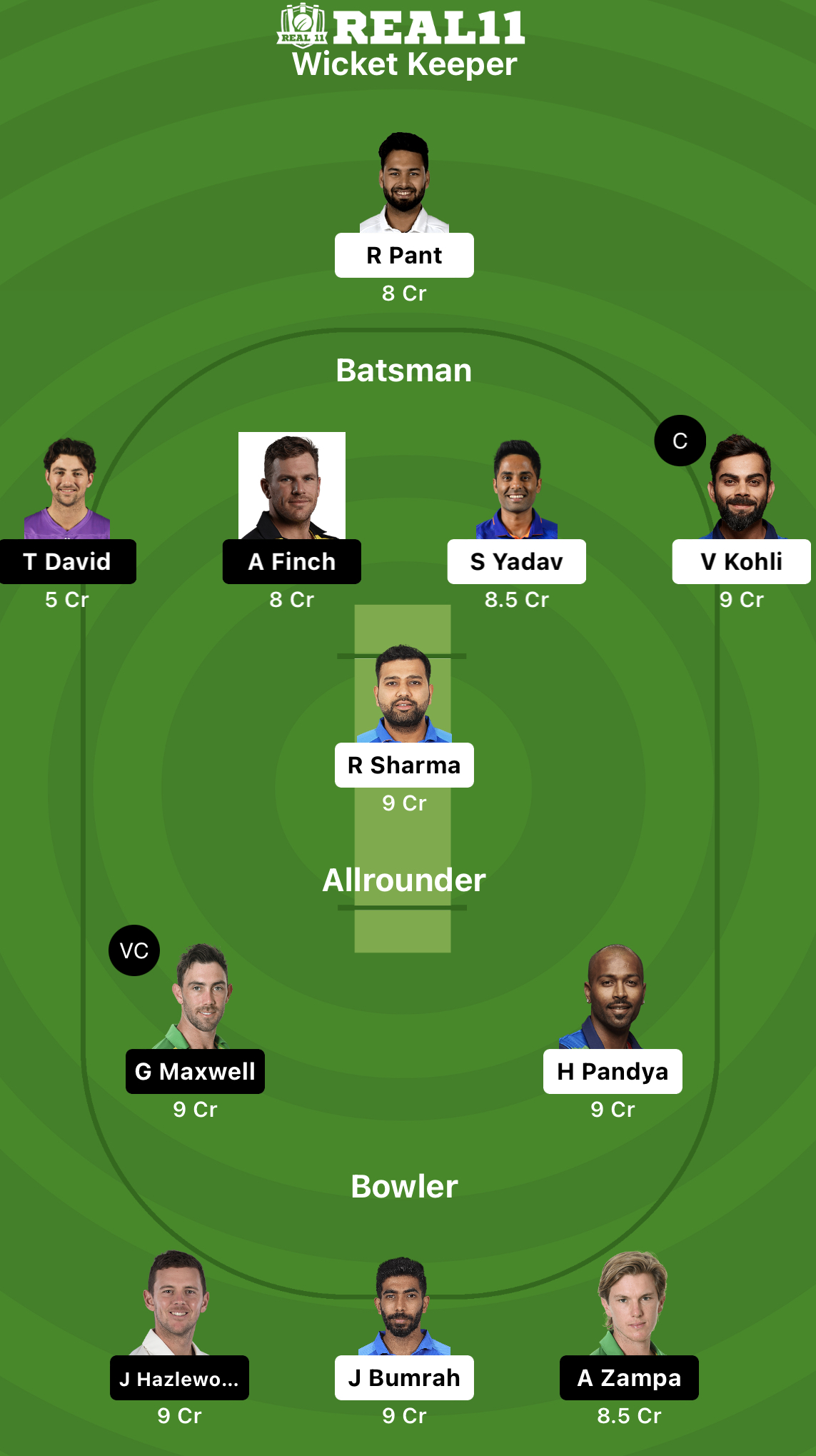