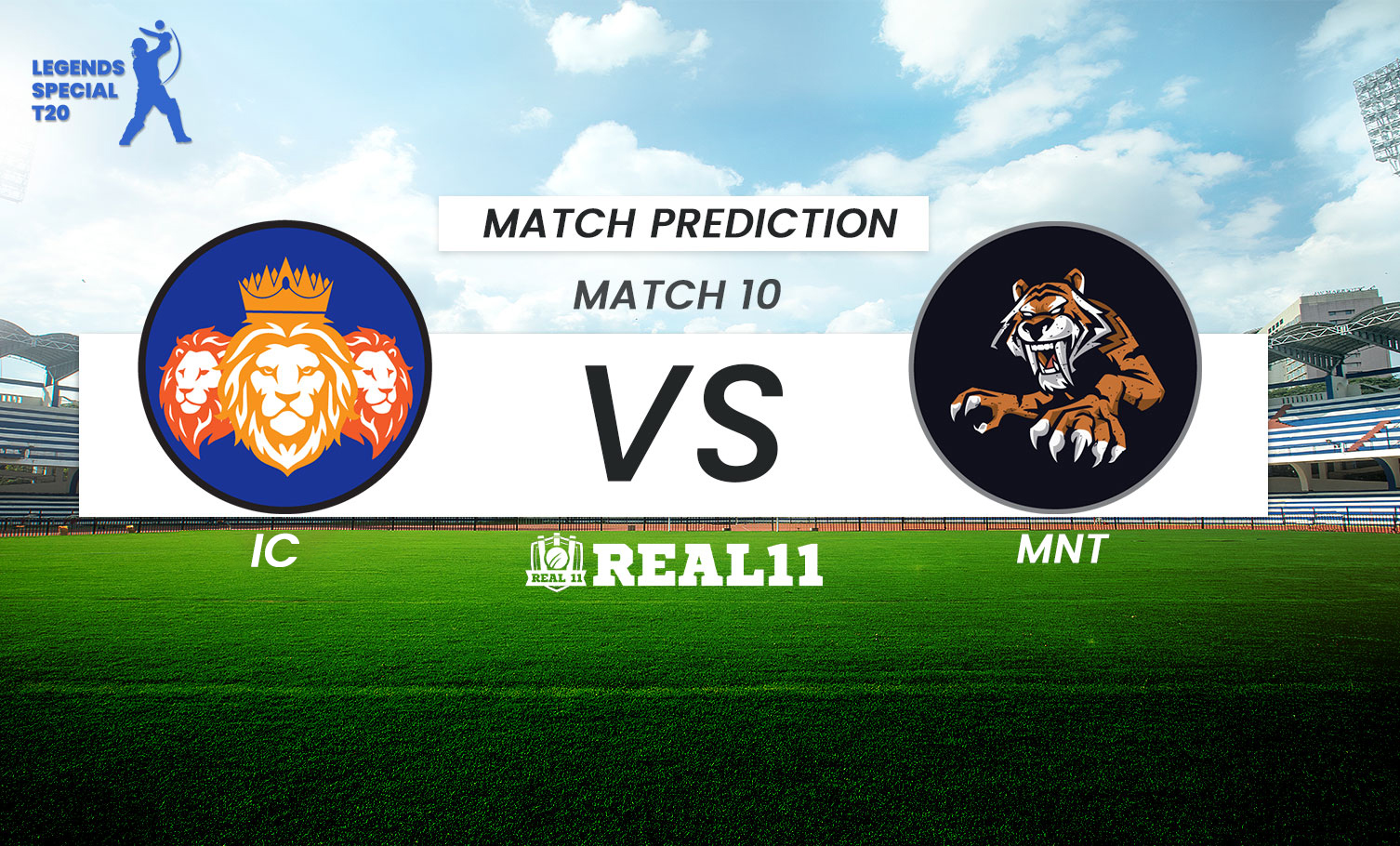 IC will cross swords with MNT in the 10th match of this season of the Legends Special T20. The match is scheduled to be played at the Barabati Stadium, Cuttack on Thursday, September 28, 2022.

The Capitals have won two of the four matches they played so far in this tournament. They lost to GJG in their inaugural match by three wickets but won the next match against BHK by a massive 78 runs in the 4th match of the league. The next fixture was also against the Kings but was abandoned. In the next game, the Capitals took back their revenge on the Kings by clinching a six-wicket win against them in Match 7.

The Tigers on the other hand faced two narrow defeats against the Kings and the Giants in their opening fixtures. They tasted their first victory in the 8th match against BHK. Their second game against the Giants which was match 5 of the tournament was abandoned without a ball bowled, due to rain.

The pitch at the Barabati Stadium is balanced for both the batters and bowlers in the T20 cricket format. The average first innings score at this venue is 130 runs and the team chasing the target will enjoy more success here. There is excellent pace and carry on this surface which facilitates easy sixes all around the ground.

MNT will enter this game with plenty of confidence as they tasted their first victory on Monday. Nevertheless, IC have been the most powerful team in this season of the Legends Special T20 and we fancy them to win this tournament.