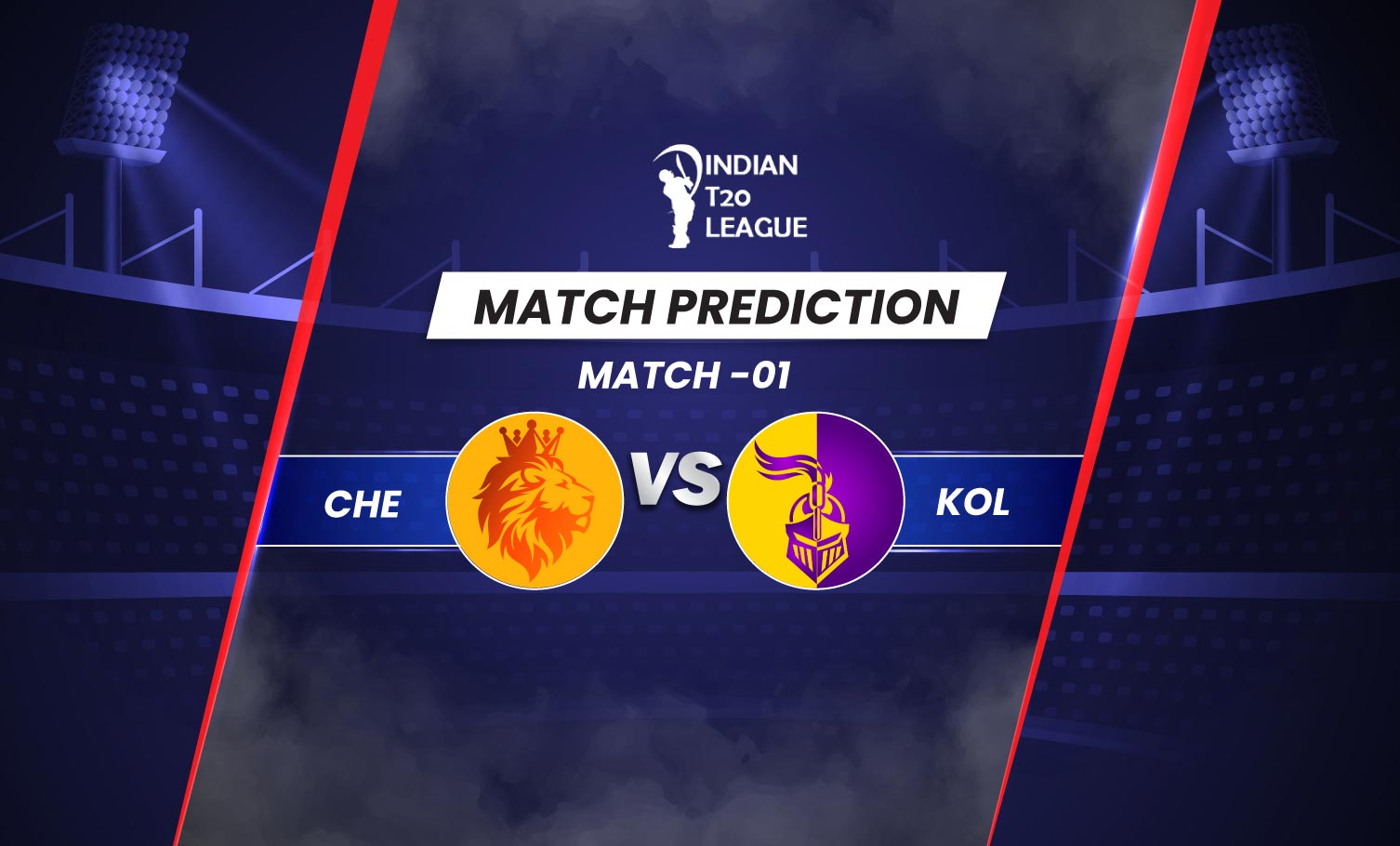 We have come to the stage where the party is set to begin and what a way to begin it. The defending champions Chennai is all set to host their fierce rival Kolkata in the very first match of this year’s Indian T20 League and the journey of two new captains will begin with that. Ravindra Jadeja will walk out as the captain of the Chennai team after the legend MS Dhoni has decided to continue as a player and in a way groom Jadeja to be the leader of the Chennai franchise in the future. Shreyas Iyer, the newly appointed Kolkata captain will also have a tough job as the former Delhi captain cannot depend on a lot of players this season and it’s kind of new to him. During his time in Delhi, he was surrounded by stars from top to bottom but Kolkata is a franchise that creates stars. So, expect Iyer to play a very different role this season.

Coming back to Chennai, the men in yellow will miss the service of Moeen Ali and Deepak Chahar in the first match. Chahar has been ruled out of the first few matches after suffering from an injury while Moeen Ali is in quarantine at the moment and will be available from the second match. The ever-dependent Faf Du Plessis and Suresh Raina is no more a part of the squad and thus, Chennai’s middle order will be under some kind of pressure if Kolkata gives a couple of early blows.

Ravindra Jadeja is in extremely good form and Chennai needs his service more than ever in this Indian T20 League.  The orange cap winner of the last season, Ruturaj Gaikwad will once again need to have a season to remember in order to help Chennai reach a respectable total. Uthappa and Rayudu will play in the middle order and given their age, you can’t blame them if they fail to perform in the biggest stage of them all. Hangargekar, the U19 Indian superstar is an exciting prospect and the entire nation will look forward to seeing how Dhoni shapes this young gun. Coming to the bowling department, the team is heavily dependent on the experienced duo of Dwayne Bravo and Chris Jordan. All the other bowlers are relatively inexperienced but Chennai fans shouldn’t panic as a certain MS Dhoni is still part of the squad and he knows how to bring out the best from cricketers.

Kolkata on the other hand doesn’t have a lot of options in the middle. They have picked up a few unknown faces in the auctions and it will be interesting to see how they shape things up. Pat Cummins and Aaron Finch won’t be part of the squad for the first five fixtures and that’s a massive blow for them. Cummins is an asset to any team and knows how the team plays. However, Southee offers the same kind of role but when you compare the two players; you know it’s a downgrade. Specially, how Cummins demolished Pakistan in the recently concluded test series. Umesh Yadav needs to fire if he gets an opportunity while Varun Chakravarthy and Sunil Narine will be at the heart of their bowling line-up.

The problem is however their batting. Venkatesh Iyer will be opening with Ajinkya Rahane and the latter is no longer considered to be a t20 cricketer.  Nitish Rana has been inconsistent for the side and thus, Russell needs to pick his hammer like Thor and act accordingly. Billings can be a great buy if he can show his potential in the subcontinent. Rest, the team will be the underdogs in this season but can create real damage on their day.

Wankhede’s pitch might get slower towards the very end of the match but won’t change much. Both the teams love to chase and thus expect them to call the same in the toss. It will be a high scoring game and 180+ will be a good total in the given conditions.

The match is evenly poised. Kolkata will come to take their revenge of last year’s final while ‘daddy’s army’ will look forward to prove that they are still the beast of T20 cricket. Kolkata will be slightly ahead as Chennai will miss Deepak Chahar and Moeen Ali in the mix. If there’s a Jadeja storm in the middle, things can change.

Differentials are key to win any match. If you are ready to take the risk, then pick Nitish Rana as your captain. He starts the season really well and it’s worth betting on him. 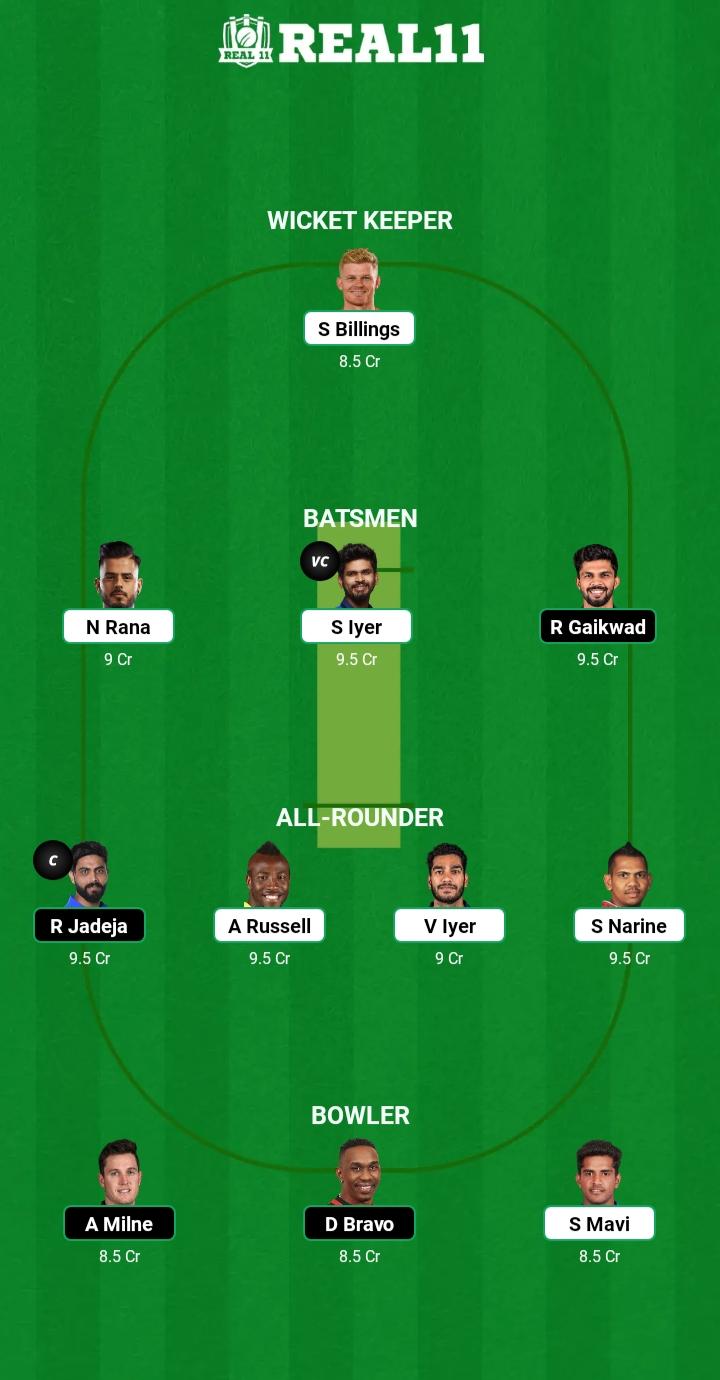