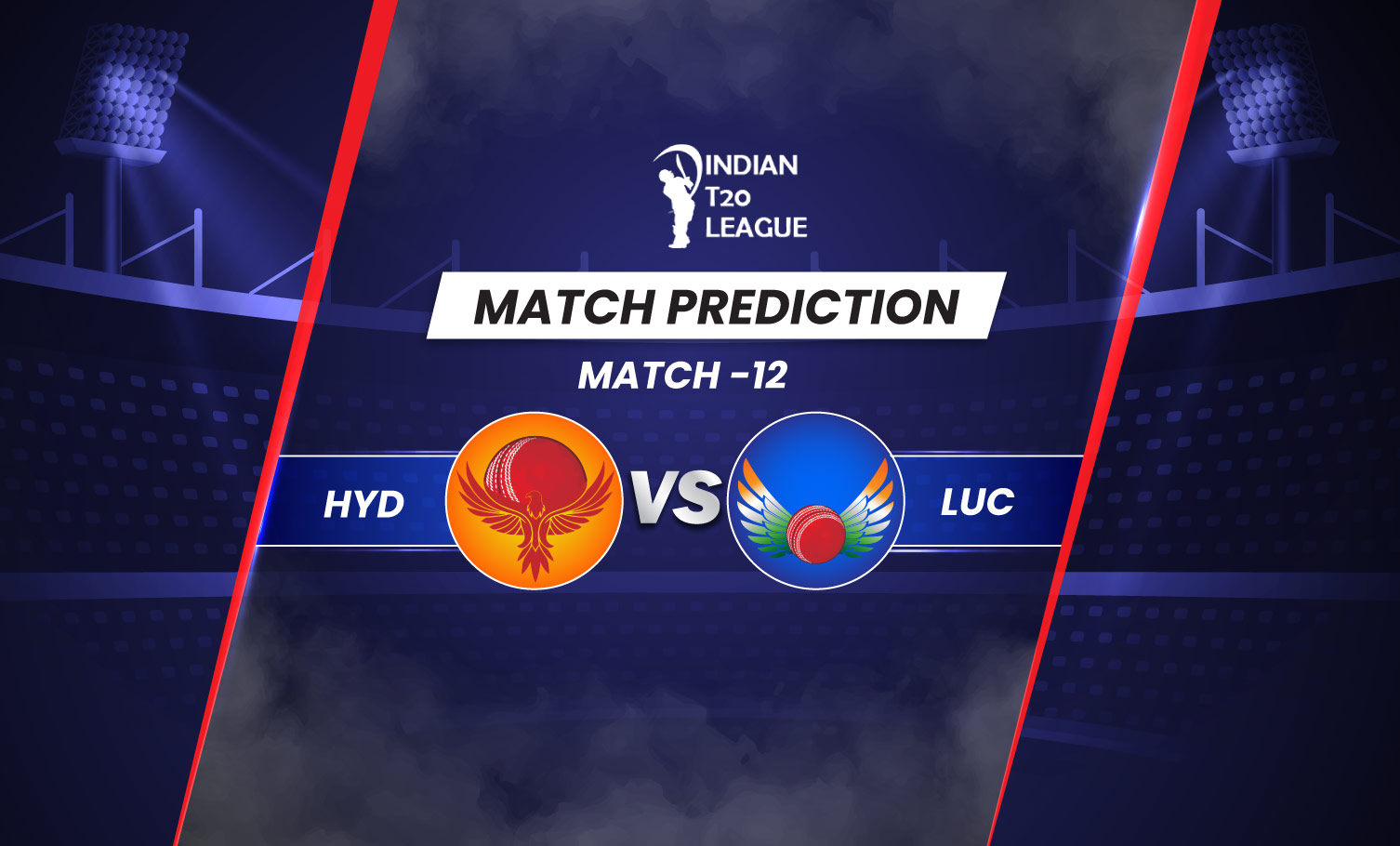 After finishing at the bottom of the table in the last season and having the highest amount of purse in the auction, everyone thought Hyderabad would make a great team that could challenge any opposition. They do have a strong squad but top four might be a very difficult task. In the last match, the men in orange were outplayed by Rajasthan in the previous fixture. Aiden Markram showed some fighting spirit but Kane Williamson and his boys will have a very tough day when they face Lucknow in their next fixture. The new franchise of the Indian T20 League defeated Chennai in the last fixture as Quinton De Kock and Evin Lewis played some flamboyant shots and helped Lucknow chase down a mammoth total of 210 runs.

In order to stop Lucknow, the Hyderabad franchise needs to blow early. Few early wickets can create chaos in Lucknow’s middle order and they need to take advantage of that situation. The top order of Lucknow is very much sorted and that is exactly where Hyderabad needs to attack. Bhuvneshwar Kumar was brilliant with the new ball and Umran Malik caused havoc with some sheer pace. They will be lethal when the team challenges Lucknow but it is their batting that will bother them. Abhishek Sharma is a talented player but not a proven customer and Rahul Tripathi is not someone who will score every day. The problem with Kane Williamson and Aiden Markram is their strike-rate. Nicolas Pooran thus will have a huge responsibility of accelerating the run-rate in the difficult overs. The problem with him is his inconsistency and Brain Lara, Tom Moody and others need to solve this issue in order to make Hyderabad a very strong team.

Coming to Lucknow, the franchise is really impressed with Ayush Badoni. He played some good cricket in difficult times and helped Lucknow sort their middle order. The batting lineup looks great but the bowlers here need to pull their socks up. After a brilliant first match, Dushmantha Chameera failed massively in the second match and Ravi Bishnoi is yet to come to party. With Jason Holder’s return in the playing eleven, the team looks really strong as it gives a proper balance that the team needed. Lucknow now looks like a really strong team and should be able to get the job done when they face Hyderabad tonight!

Nothing new as the team that wins the toss will bowl first and is likely to get the job done. However, Hyderabad did the same thing in the last match but failed to capitalise. Thus, play smart. Bowlers will get the help in the initial overs and then the dew will make it tough for them.

Hyderabad will find it difficult when the team challenges Lucknow. However, if their hard hitters get going, it will be tough for a relatively weak bowling line-up of Lucknow to stop them. It is their batting line-up which keeps them ahead of Hyderabad.

Aiden Markram did his best in the last match but couldn’t really save Hyderabad. He is a kind of player who’s consistent and thus, you can place your money on him.

Quinton De Kock has the ability to score runs quickly. He looked in great touch in the last match and again, he is consistent with the bat in his hand.

Umran Malik has shown promise with a ball in his hand. He can click at 150 kmph and that’s what makes him so dangerous. He has the ability to strike early and if he manages to do that, Hyderabad can be ahead of their rival.

Ayush Badoni has a lot of potential in him. At 22, he is winning matches for his team. His form makes him a must have player in your team.

Nicolas Pooran has all the talent in the world but suffers from inconsistency. If he gets going, Hyderabad will have no problem whatsoever in order to post or defend a huge total. You can   put your money on him if you are ready to take the risk. 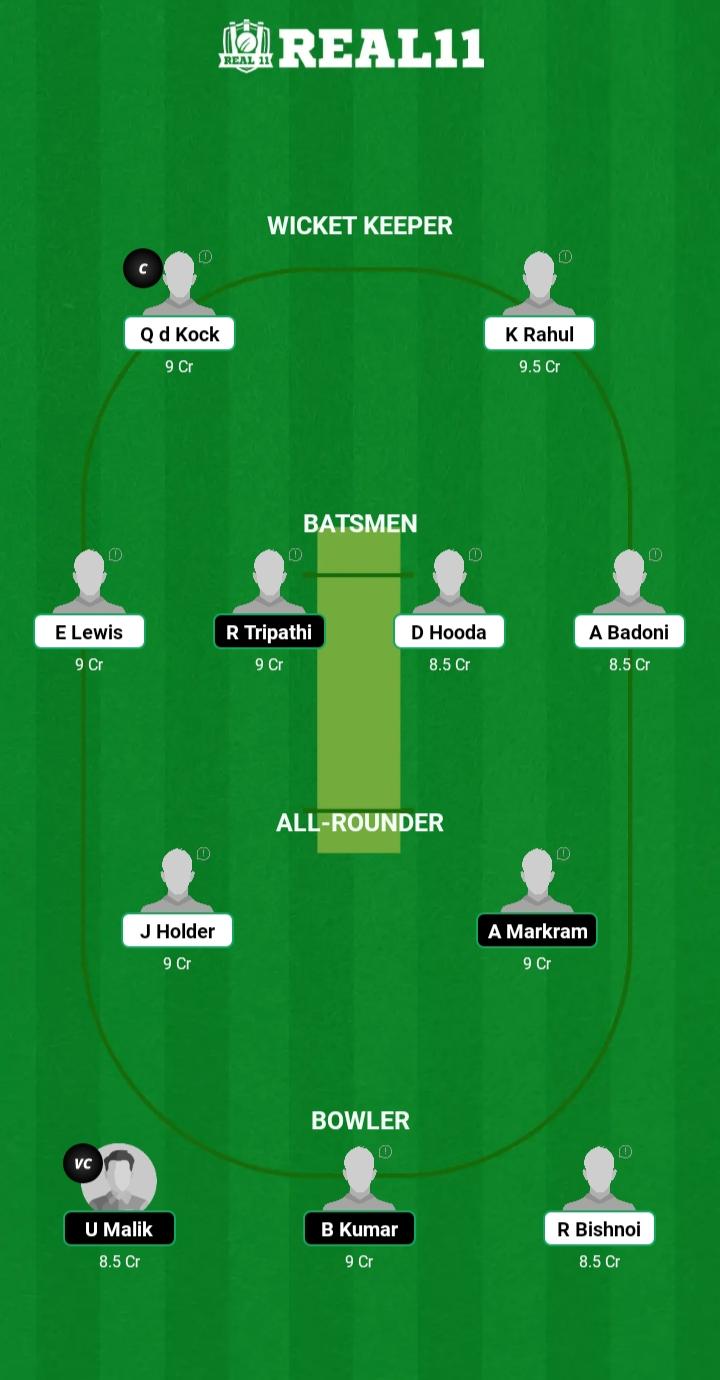 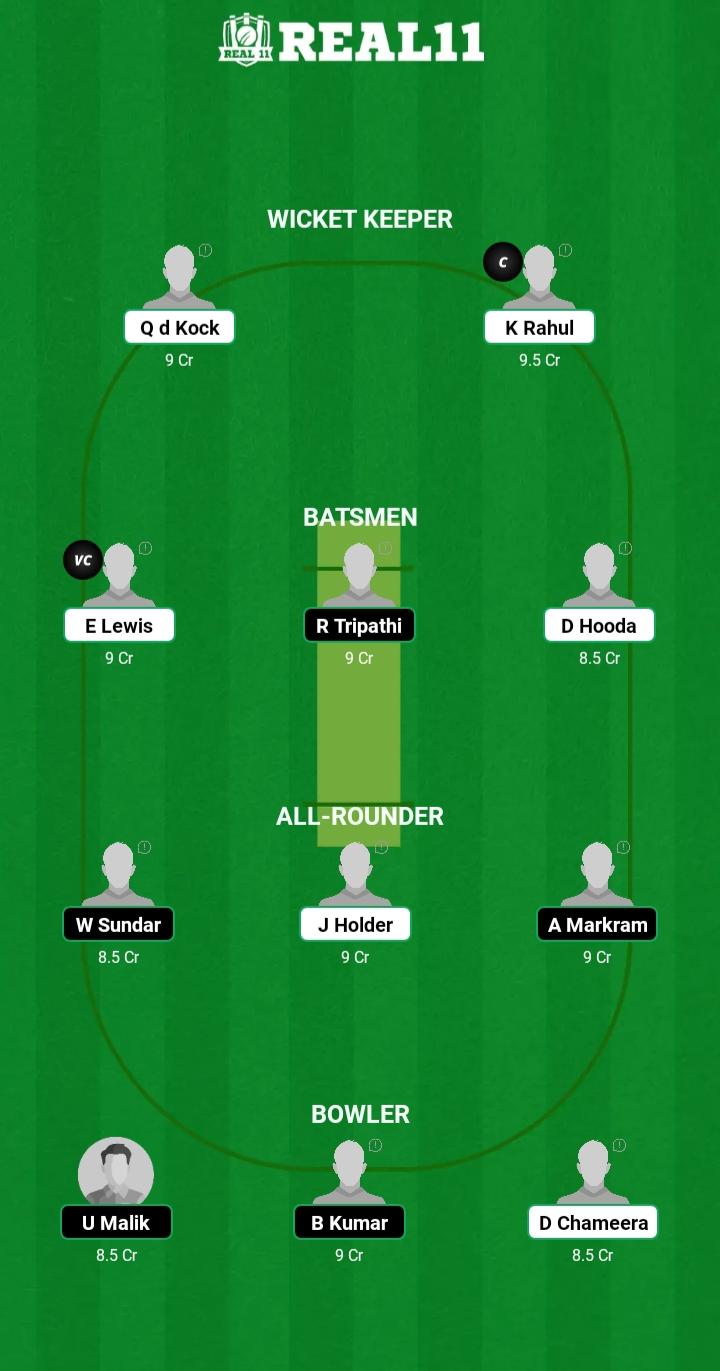