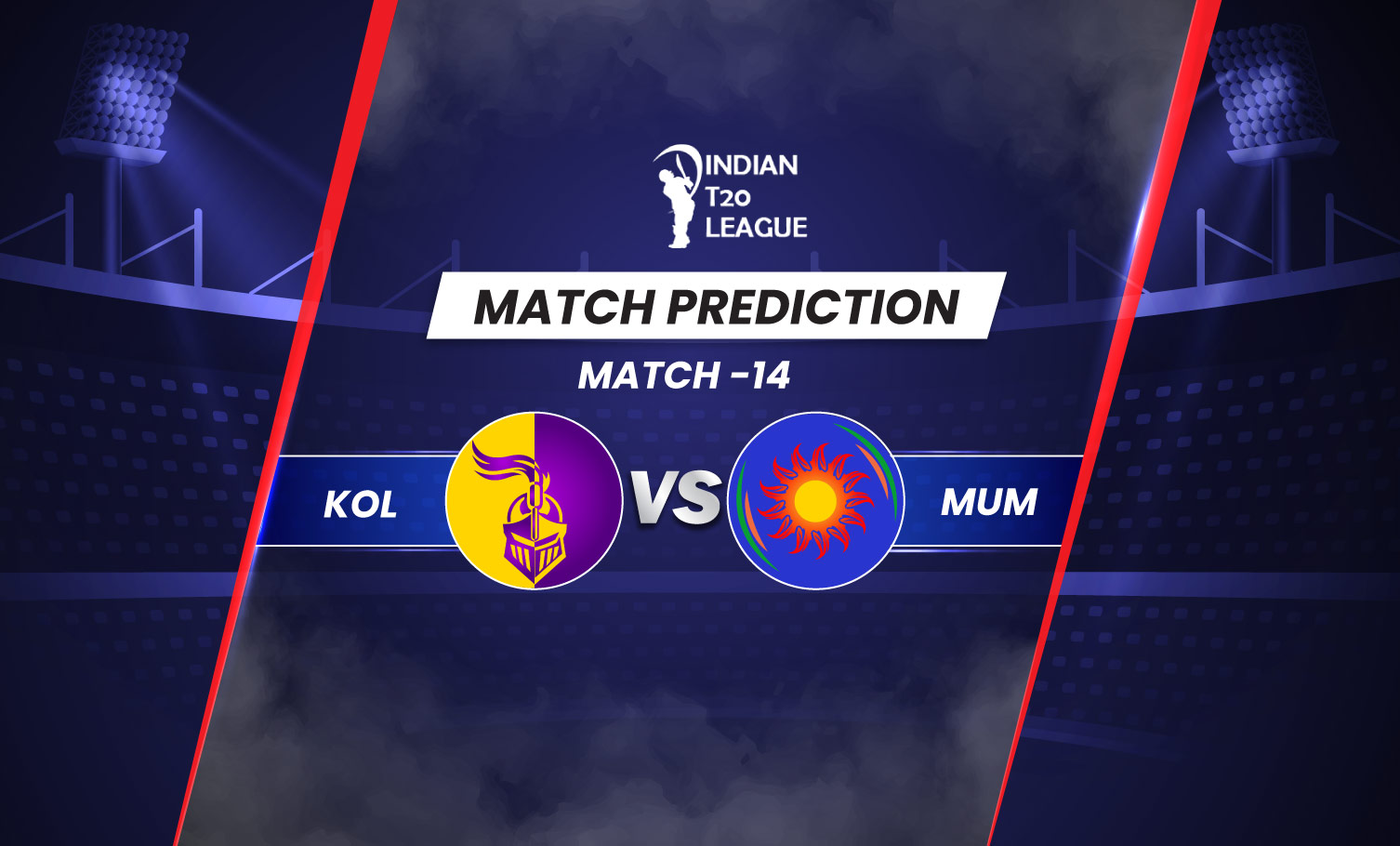 If you look at the history between these two teams, Mumbai is way ahead of Kolkata. The five-time champions have made Kolkata look like a B team in the past but things are very different this time. Mumbai, like most of the time, have lost their first two matches and Kolkata have already defeated Chennai and Punjab but failed to get the job done against Bangalore.

Mumbai looks like a completely different team this season. Their star-studded team from last year has been broken and they are yet to recover from that. Now, if we analyse, one thing can be said with absolute certainty that Rohit Sharma is yet to prove his pedigree in this tournament. He gets the much needed start but fails to convert it in big numbers. Against Kolkata, this isn’t the case. He performs well most of the time and you can even think of captaining him in the upcoming match. He gave a good start to the team in the very first match but failed in the second. Ishan Kishan can also be considered as the captain of your fantasy side. The young left-hander is in great form and he along with Tilak Verma is the heartbeat of the Mumbai team at the moment.

Suryakumar Yadav is also expected to make his return in this match. His batting can influence Mumbai in order to score a big total but he will be making his return to the game after a couple of months. Thus, you never know how the flamboyant batter will perform. The lower middle order is yet to prove and bowlers need to pull their socks. Big time! They have the template to beat Kolkata and that is probably the only positive they will be bringing into the game.

When it comes to Kolkata, the team looks pretty much settled. The form of certain players will definitely be under the scanner. Venkatesh Iyer was retained for 8 crores but he is yet to perform at his highest. The change in role can definitely be one factor but if Kolkata desires to be consistent, he along with Nitish Rana needs to perform well. The strength of the team is their unity and Captain Shreyas Iyer as well has done a very good job with the team. The bowling has been brilliant as well and it looks like the old Narine is back. Umesh express is also back on track and Kolkata who was looking a bit dull on paper looks really strong when they take the field.

As usual, the team that will win the toss will look forward to bowl first. Dew will play a role in the second half of the match and pacers will get the swing as it’s an open ground at Pune.

Based on their form, Kolkata looks like the favourites to win the match but their record against Mumbai is very, very poor. Not because of the history between these two sides but if Mumbai manages to bat well, they can get the job done at MCA.

Andre Russell was all muscle in the previous match against Punjab. He changed the complexion of the match with a bat in his hand. Even he took wickets in the death over’s. He is a must in your fantasy team.

Ishan Kishan is in a very good form lately. He helped Mumbai in order to post a huge total and in a way he acts as the commander of the ship. For a team like Mumbai, he is a very, very important player.

Sunil Narine has changed his gaming style and has been dangerous ever since. He has been very economical in the first couple of matches and also can take wickets in regular intervals. He can also be very dangerous when it comes to batting.

Jasprit Bumrah is the go-to man of Captain Rohit Sharma and without any senior top class bowler in the side; Jasprit Bumrah is the main man of Mumbai’s bowling attack. He will take the necessary wickets but the player has failed massively in the first match of the tournament.

Shreyas Iyer can be a risky choice when it comes to appoint a captain. There are a lot of choices available in this match and not a lot of users will choose him ahead of stars like Rohit, Ishan, Russell, Umesh and others. Shreyas has the potential to score a lot of runs and if he does so, we are in for a treat. 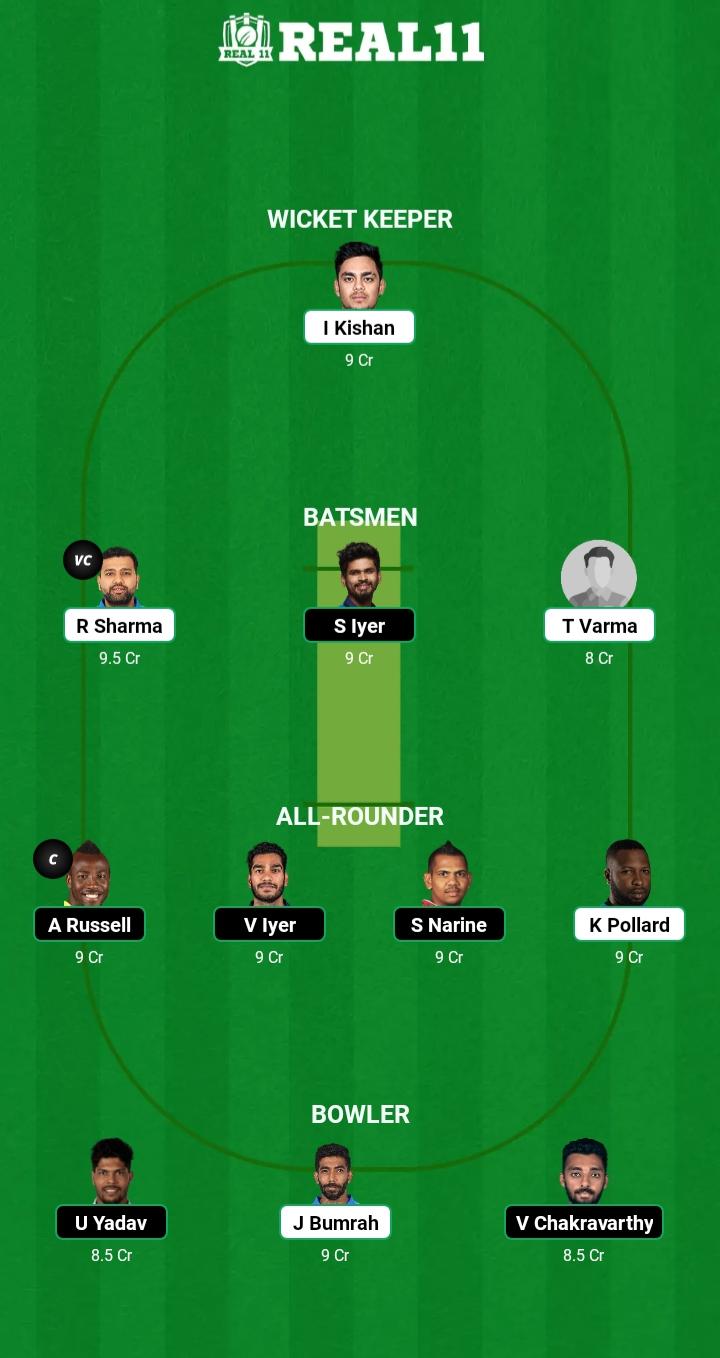 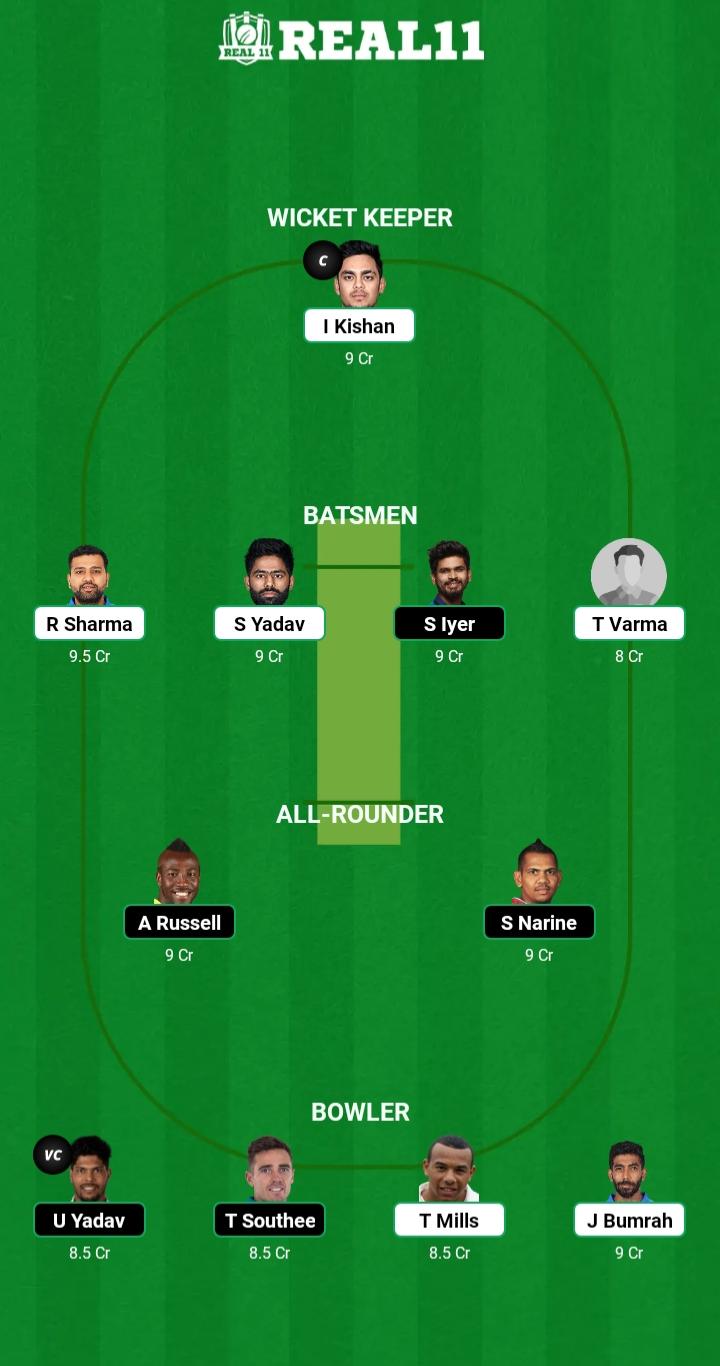