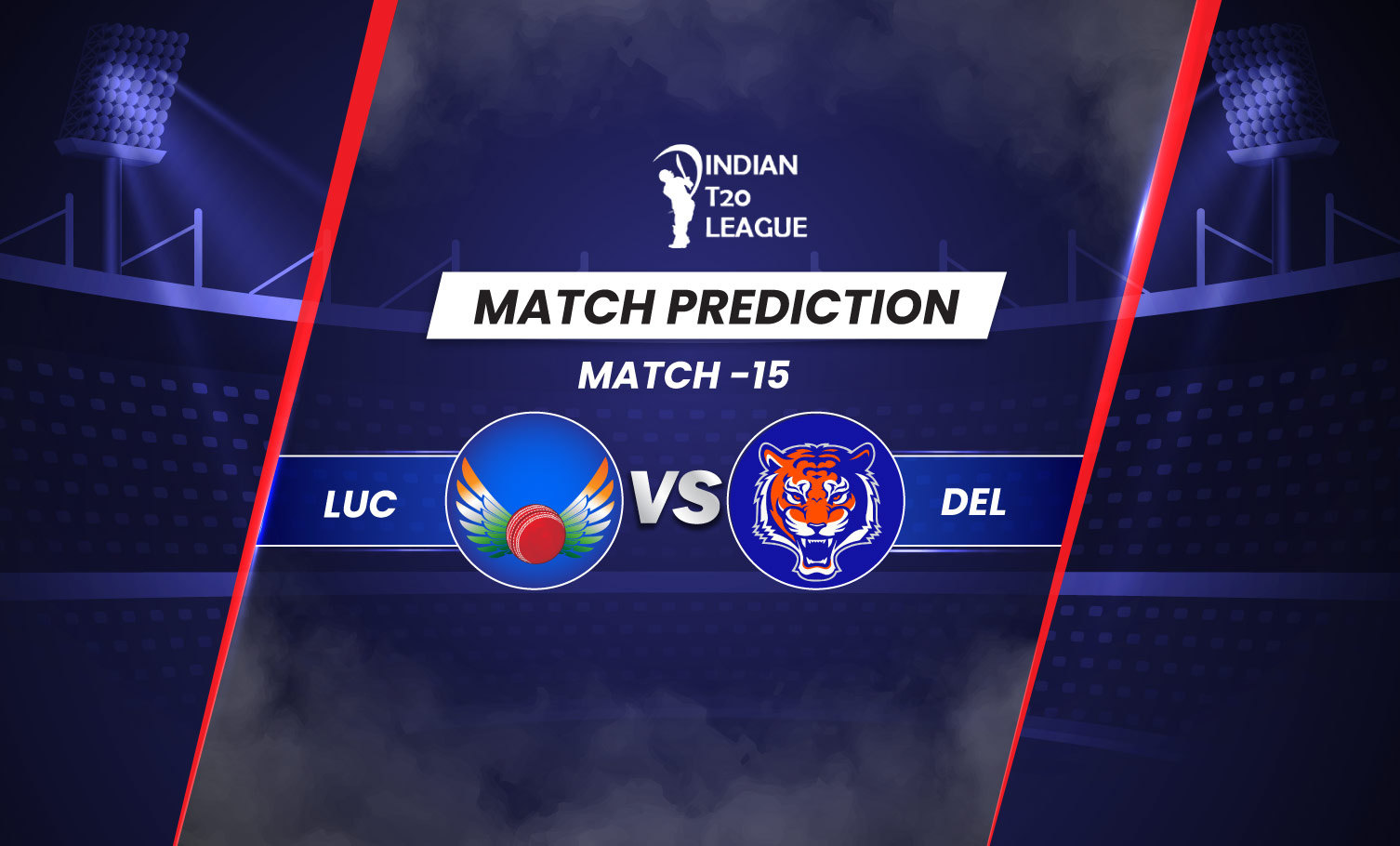 The Lucknow Express is up and running while the Rajdhani express was derailed by the Gujarat team in their last match. Both the teams are filled with star cricketers and thus, it will be an interesting affair when these two teams clash at DY Patil Stadium.

Talking about the Delhi team, the franchise has confirmed that David Warner and Anrich Nortje are available for selection against Lucknow. That is a massive boost for the franchise as they desperately needed a pacer who can change the fortune of the team. Mustafizur was brilliant against Gujarat as he took three wickets and gave away just 23 runs in his four. The problem however is with the likes of Shardul Thakur and Khaleel Ahmed who are going for a lot of runs. David Warner will very soon replace Tim Seifart as the team has failed massively and hasn’t impressed anybody so far. Warner and Shaw can give the team a much needed start which the middle order can capitalise. Lalit Yadav has done reasonably well but Mandeep Singh needs to improve to seal his spot in the team. The U19 winning captain Yash Dhull is warming the bench at the moment and if Mandeep fails again, he will definitely be replaced with Dhull, whose talent is there for everyone to see. Chetan Sakariya is another such name who is knocking at the door. Delhi needs to understand his potential and needs to give him the opportunity to play.

Lucknow is more or less sorted. Jason Holder’s inclusion has given the right balance and in the last match, he showed his calibre and the West Indian will only get better and better. KL Rahul’s 68 is also a relief to the team. The Captain was finding it difficult to score runs but looks like the problem is now gone. Avesh Khan took four wickets in the last match is also a very welcoming sign. The only problem that the team needs to address is Manish Pandey’s form. He needs to score some runs to seal his spot in the team otherwise based on his current form, he will soon be dropped from the XI.

Dew will play a role in the second half of the innings and thus bowling first will be ideal. The pitch itself will not change much and 160-170 will be a good score to chase.

This is a tough one to predict. Both the teams have the quality to win the match. Delhi are the favourites if Warner joins the squad otherwise, Lucknow might walk away with two points.

Deepak Hooda has been consistent right from the first match. He has been the unsung hero for the Lucknow franchise. He’s a must have in your and in everyone’s squad.

Rishabh Pant looked phenomenal before he got out in the last match. If he plays the brand of cricket he is known for, he can win you matches from any position.

Jason Holder in his very first match of the season showed his strengths. He can bowl up front; bowl in the death over’s and can also score quick runs. He is a must have as the West Indian can give you a lot of points for sure.

Kuldeep Yadav is back with a bang. After a horrible time with Kolkata, the Chinaman is once again picking wickets for fun. His form makes him a must have in everyone’s team.

Prithvi Shaw can be a risky choice for his match. The flamboyant batter hasn’t really fired with the bat but can be really dangerous if he gets going. If you are ready to take the risk and create a difference, there you go! 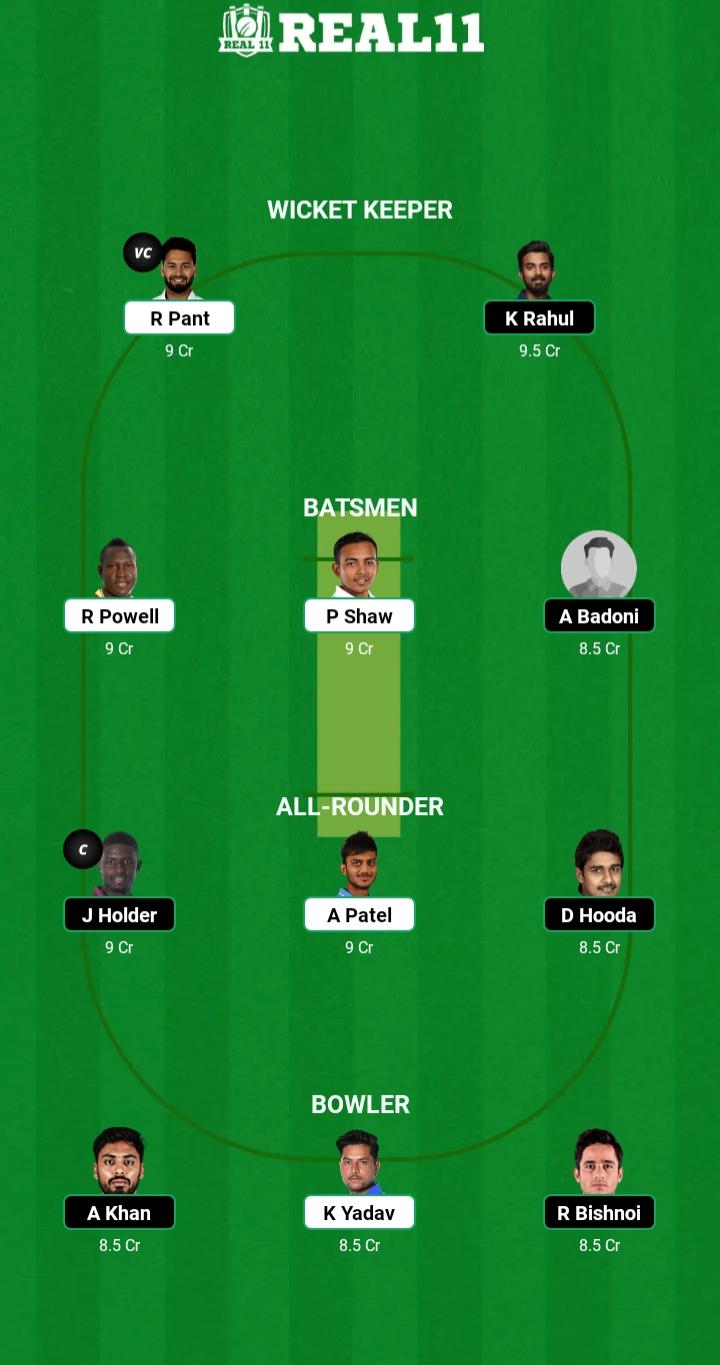 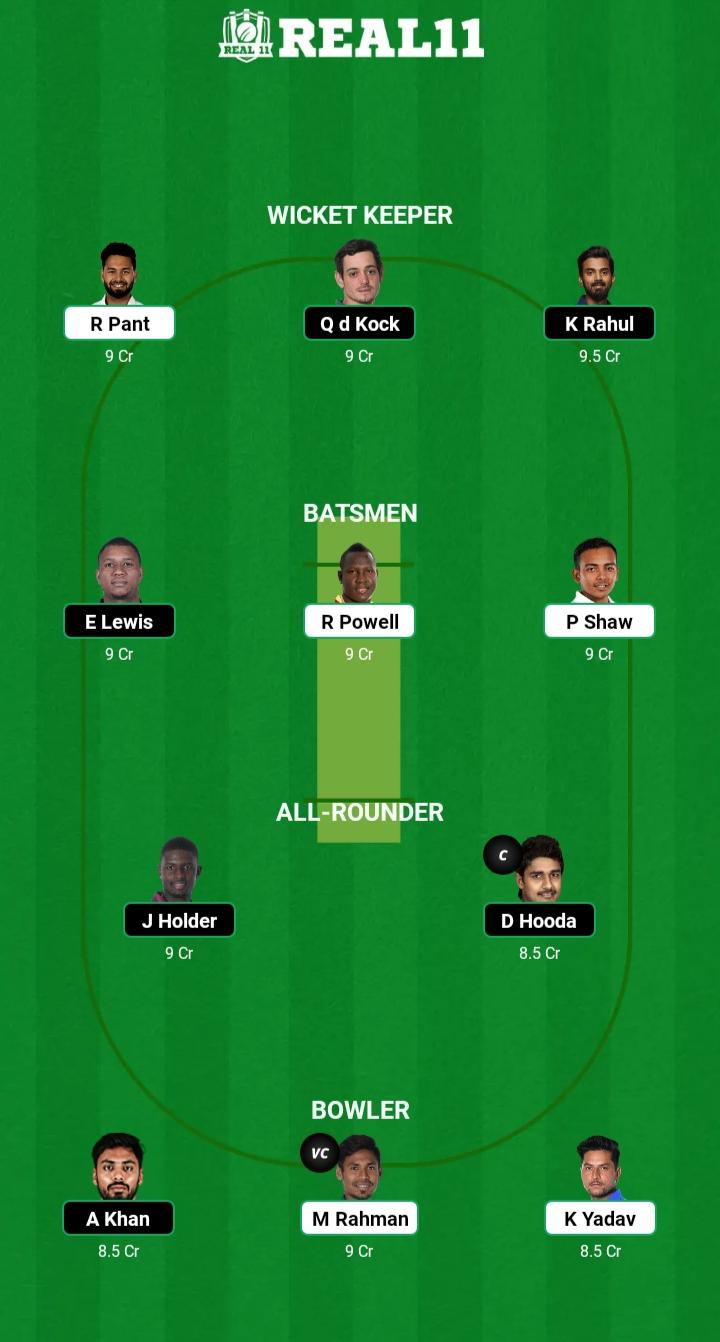