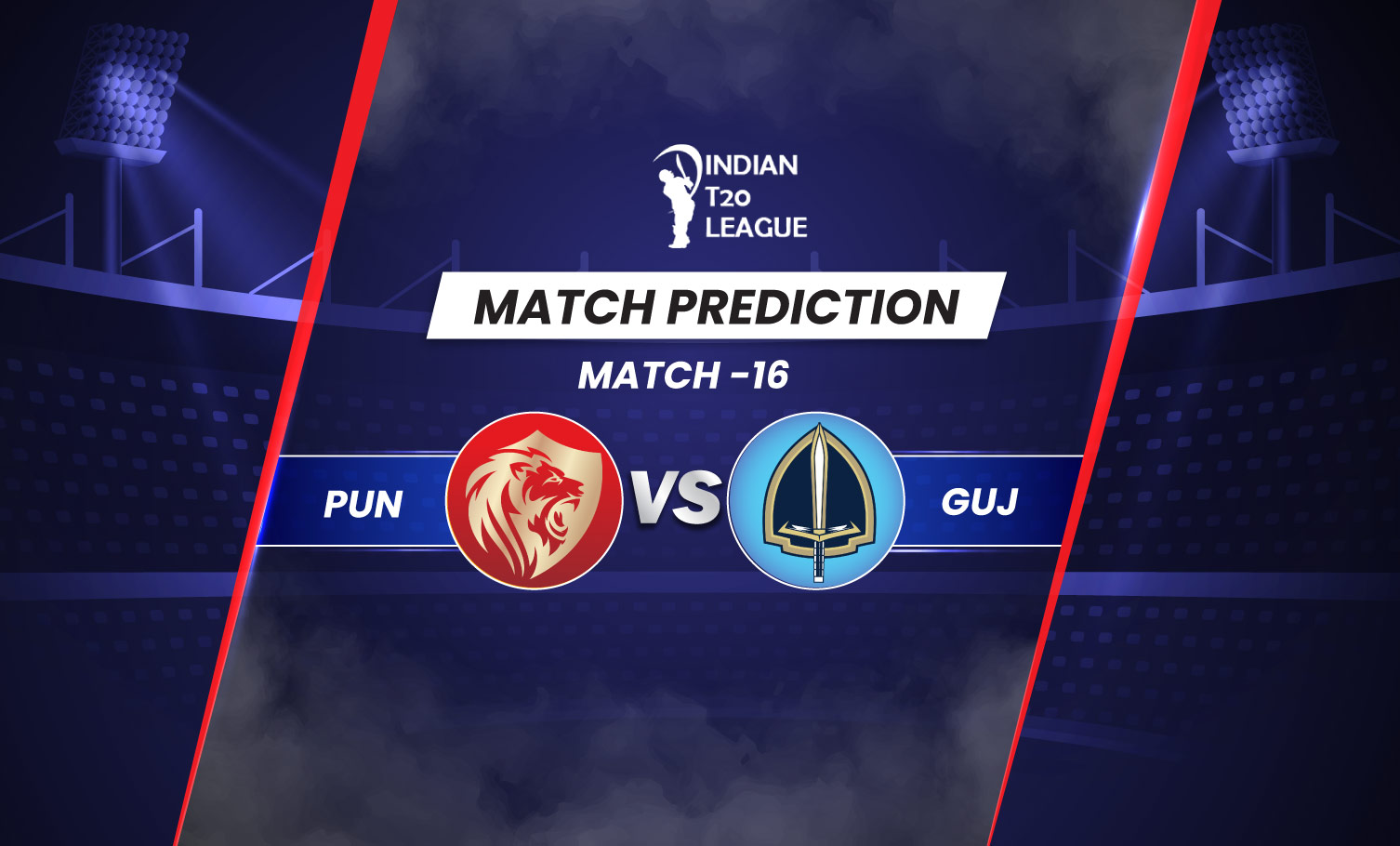 Like every other season, Punjab team released a lot of their key players and wanted o built their team from the scratch. However, unlike most of their season, Punjab is getting the job done as the team has already won two of their last three fixtures. Gujarat team is on a roll as well. The new franchise of the Indian T20 League started their campaign in a grand manner and is the only undefeated team so far in the tournament. People were in doubt regarding Hardik Pandya’s captaincy but the flamboyant all-rounder has been fantastic and will be making his comeback into the Indian team if he keeps up with his performance.

Talking about Punjab first, Liam Livingstone’s form will be very important going forward. The English all-rounder scored 60 off 32 deliveries and also picked up 2 wickets with the ball in his hand. With Bairstow now available for selection, the middle order will only get better. The bowling has been good as well. Rahul Chahar has impressed everybody and Vaibhav Arora was brilliant with the new ball. Kagiso Rabada’s presence will also create an impact in due course. Now, coming to the negatives, players like Shahrukh Khan and Captain Mayank Agarwal need to step up with the bat in their hands. Shahrukh is a very talented player and has impressed in domestic cricket but he is yet to play at the same level in this tournament. Rishi Dhawan, who was in great form, should get a chance in the playing XI as he can provide the much needed balance in the squad. Bhanuka Rajapaksa couldn’t really find his mojo in the third match and thus despite performing in the first couple of matches, the Sri Lankan might get replaced by Bairstow.

Coming to Gujarat, the team has impressed one and all. First Mohammed Shami and then Lockie Ferguson are literally hurting each and everyone who's coming in their way. In the last match, Lockie picked up 4 wickets while Shami picked up 2. Just like Lockie and Shami, another former Knight has come to the party. Shubman Gill scored 84 runs in the previous match and that helped Gujarat score a decent total which they can defend. Captain Pandya has done reasonably well with the ball and ball. Their only concern will be Mathew Wade and Vijay Shankar’s form. Wade is giving away his wicket pretty early and that is something that the team needs to avoid. The team has Rahmanullah Gurbaz in their squad but Wade is a proven customer and the same thing cannot be said for Gurbaz. Rest, the team is playing some brilliant cricket and is one of the favourites to qualify for the playoffs.

Dew will play a role in the second innings but won’t affect that much. Players are now training with the wet ball and more or less got accustomed with the conditions. Anything above 160 is a good score in this pitch.

Gujarat are the favourites to win the match but players like Jonny Bairstow or Liam Livingstone can change the complexation of the match at any team. Gujarat however got the perfect bowling line-up to counter that.

Liam Livingstone is the kind of player that everyone wants in their team. However, the English International was yet to put his best foot forward in the Indian T20 League. Things changed in the last match as he showed his all-round skill. A must have for this match.

Lockie Ferguson showed his class in the previous match as the pacer took 4 wickets and was clicking at 150. No batter would want to face him in this situation. Again, a must have in your squad.

Rahul Chahar has been very impressed so far. He is leading the bowling line-up of Punjab and is getting the important wickets. A great fantasy pick for sure.

Hardik Pandya is doing well after his injury. He is clicking at 140, getting wickets and also scoring important runs. He can change the match at any point and it makes him a dangerous player both on the pitch and in the fantasy platform.

Shikhar Dhawan and Matthew Wade can be the choice if you decide to play risky. Both are phenomenal T20 batters and thus can score a lot if they get going. 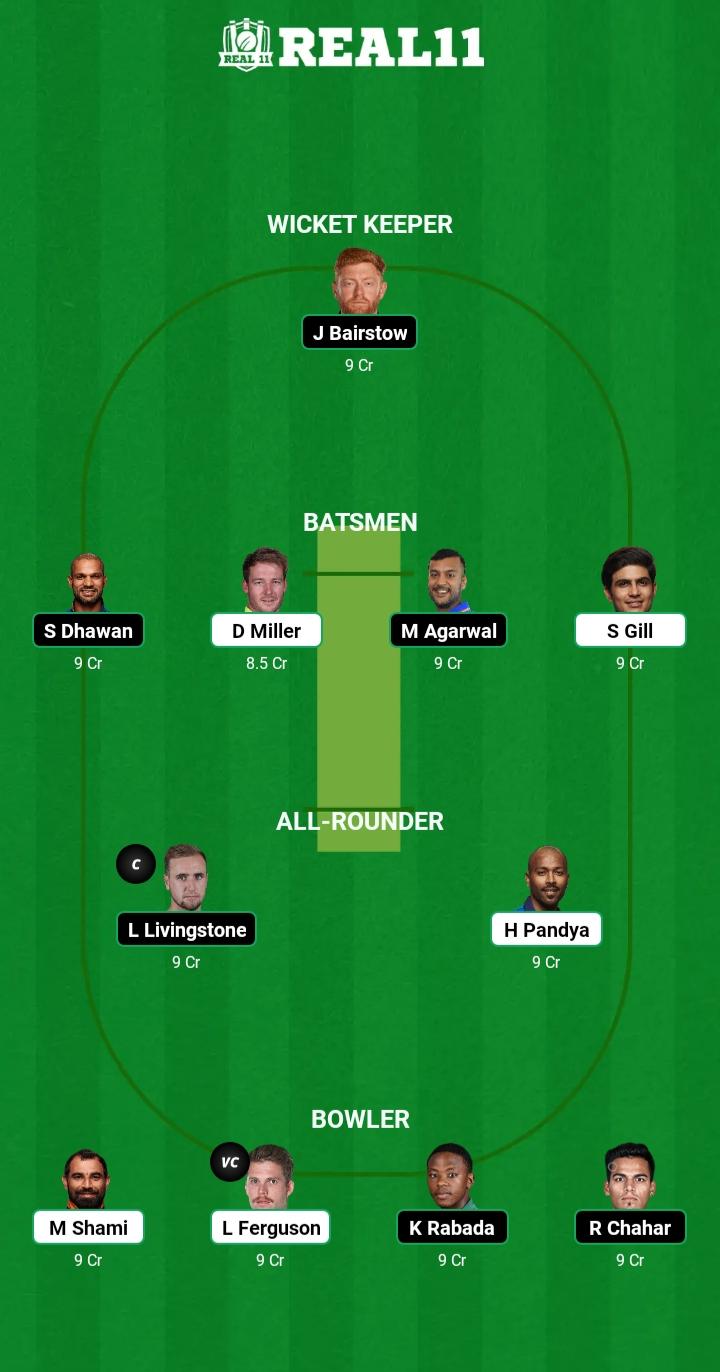 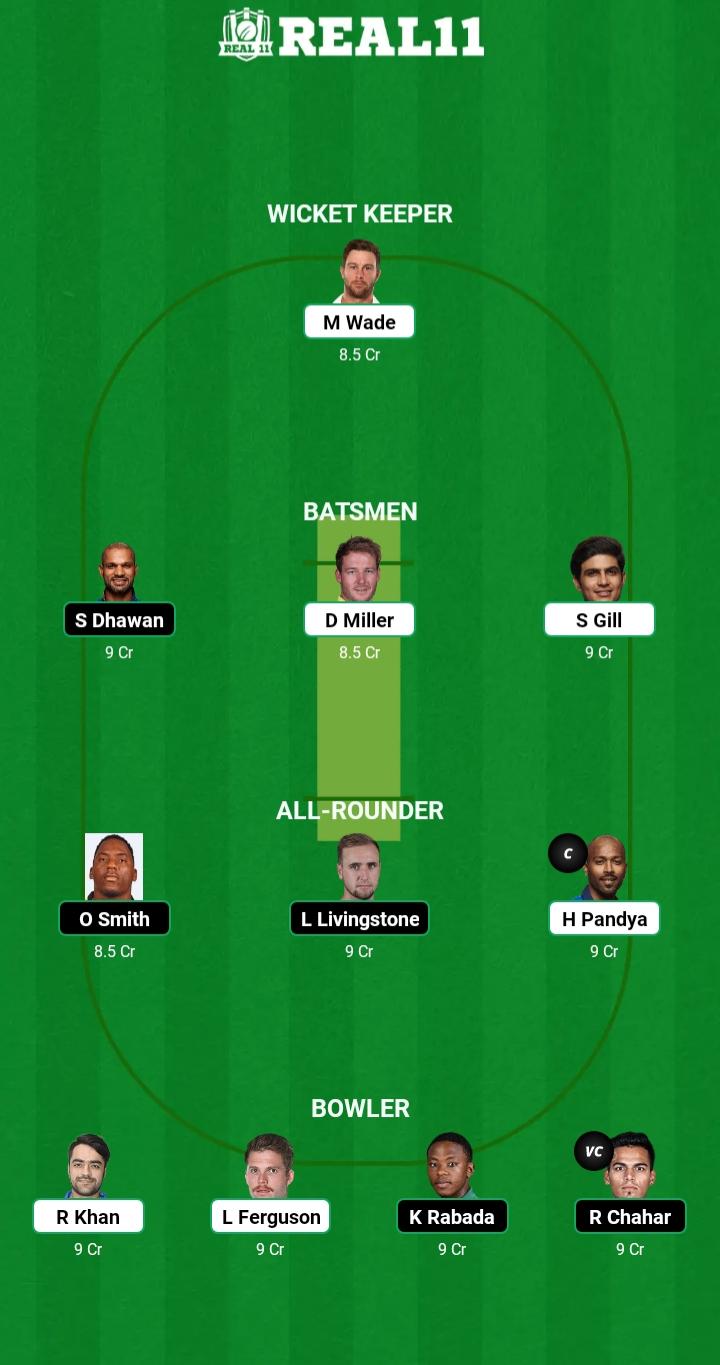