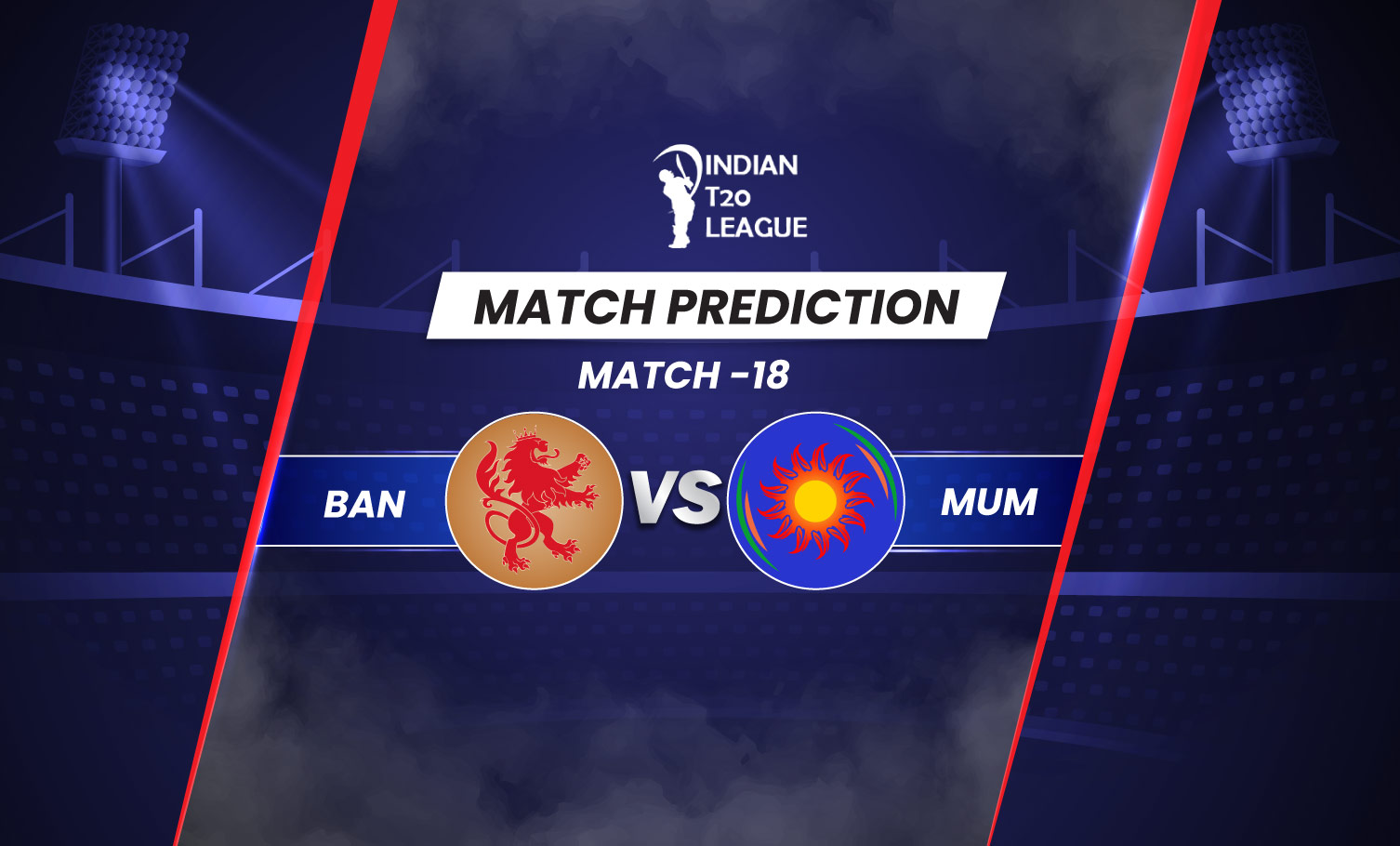 Bangalore and Mumbai will be crossing swords in match 18 of the Ind T20 League 2022 at the Maharashtra Cricket Association on Saturday. Both teams have contrasting campaigns thus far. While Bangalore have won 2 of their 3 games, Mumbai are yet to open their win tally this season.

Bangalore won their last game against Rajasthan. Dinesh Kartik and Shahbaz Ahmed were the chief architects of the hard fought victory. They stitched a match defining partnership to chase down a stiff target. After winning the toss skipper Faf elected to bowl first. The decision went against him as his bowlers were floored by Buttler’s brilliance. Harshal Patel was the pick of the Bangalore bowlers. He ended the game with impressive match figures of 1/18. Butler and Hetmeyer's late blitz helped Rajasthan post a decent total of 169. Bangalore started their run chase with intent. Du Plessis and Anuj Rawat kept the asking rate in check and rotated the strike at regular intervals. Chahal provided Rajasthan with the opening breakthrough. He deceived Du Plessis with the one slower through the air. Rawat was then quickly removed by Saini. Bangalore then lost wickets at quick succession and were on the verge of facing their second defeat. The duo scored freely and helped their side overcome a tricky chase.

This is not the first time that Mumbai have lost three games on the trott. They are accustomed to shaky starts. They have even won the tournament in 2015 after losing four of their opening games. So, Rohit Sharma and co should not press the panic button yet but that being said we believe the five time champions have a lot to tinker before they take the field on Saturday. The major problem of Mumbai this season has been their inefficiency with ball in hand. Their pace bowlers have struggled to get their lengths right and as a result have been severely punished. Their spin bowling department lacks quality and depth. Bumrah’s woeful form is also a matter of huge concern for Mumbai. He has looked out of sorts and is miles away from his lethal best. The inability to hold on to the nerves at crunch moments is also one of the crucial reasons behind their dismal show. Cummins onslaught in the previous fixture handed the hosts an improbable defeat. They were in the game for the majority part but eventually succumbed under pressure. Ahead of this topsy turvy fixture let us have a look at how these two sides will fare out on Saturday.

There is something for fast bowlers on this wicket. As we have observed in the last few games played on this venue, the track has offered assistance to quicks. Batters need to be cautious and stay patient during the initial passage of play. Once they are set they can play their shots.

Du Plessis and co are on a roll at the moment. They will head into this game with a lot of confidence but will face a stern test in the form of Mumbai. Although Rohit Sharma’s men are struggling to find their feet in the competition, we still fancy them to win this encounter.

Suryakumar Yadav played a gem of a knock in the last match. His ability to nudge ones and twos at regular intervals and play the big shots when required makes him a quality T20 batter.

Tilak Varma has shown great composure and confidence in his debut season. Not only has he kept the scoreboard ticking but has also exhibited great match awareness.

Wanindu Hasaranga adds immense value to the Bangalore side. His prowess to pick wickets and score quick runs down the order can fetch you points

Harshal Patel has been a vital cog in Bangalore’s success this season. He rarely gives easy runs and is accurate with the ball in hand.

Anuj Rawat can be a risky choice when it comes to appoint a captain. There are a lot of choices available in this match and not a lot of users will choose him ahead of stars like Rohit, Ishan, Du Plessis, Hasaranga and others. Rawat has the potential to score a lot of runs and if he does so, we are in for a treat.