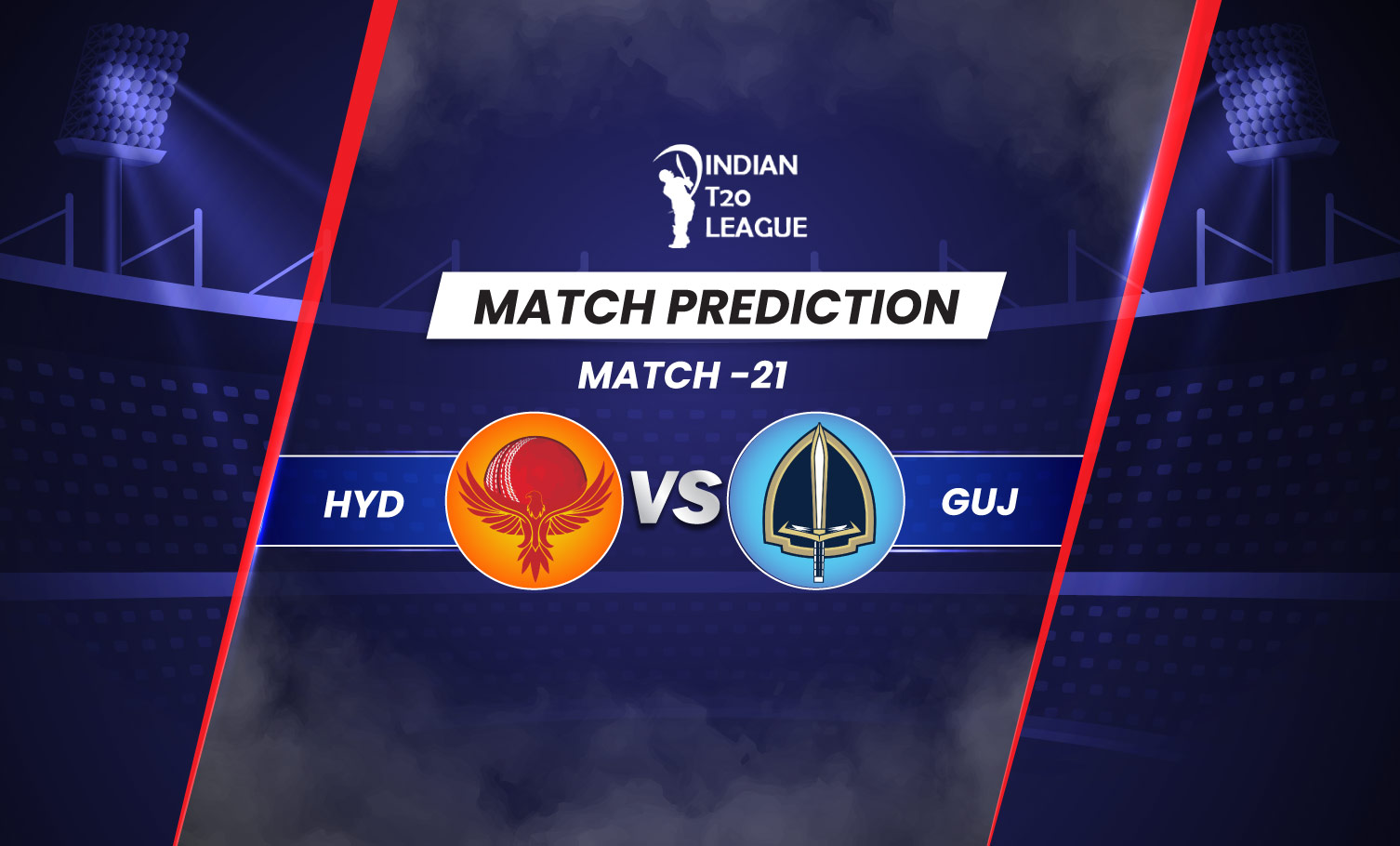 A huge relief for the Hyderabad franchise as they registered their first win in the league when they challenged Chennai in the last match. A team that looks average on paper needs a huge boost going forward and a win can give them that. Gujarat, on the other hand, is on a roll. Hardik Pandya and Company look very strong as they have won all their three fixtures so far. There are a lot of positives and right now, they are the only undefeated team in the tournament.

The bowlers picking up wickets is the biggest plus point for Hyderabad. Washington Sundar picked wickets in crucial junctures and that helped all the other bowlers. Bhuvneshwar Kumar has been impressive with the new ball. It’s just that Umran Malik needs to utilise his pace well enough. If bowled in the right area, Malik can prove to be a match winner in any condition. Another huge positive is Abhishek Sharma’s much needed 50. There was a lot of pressure on Hyderabad’s batting but Sharma pulled them out of any trouble. His quick 75 helped the team massively as Tripathi accelerated from there. Against Gujarat, the team needs to put their best foot forward. They have to be A1 in all departments as Gujarat looks really strong.

The best example would be last day’s match. When everyone thought the team will suffer their first loss, Rahul Tewatia came, hit two sixes of two balls and won the match for the team. With the bowl in hand, Lockie Ferguson, Mohammed Shami and others are performing at their highest level and the result is there for everyone to see. Shubman Gill is also playing his best cricket lately. In the last match, Gill missed his century by a whisker but his form is such that he can score one against Hyderabad. The problem is with Wade, who is yet to impress in the Indian T20 League.

It’s important that we talk about Hardik Pandya as the flamboyant captain who leads by example. Be it with bat or bowl, Pandya is ready to take the world by storm. He’s opening the bowling and his clicking at 140+ regularly. Something that will keep Indian Cricket fans delighted.

The pitch will not change much throughout its course. The dew can decide the fate of the match as bowling first is the ideal option. It’s a good pitch to bat but bowlers can create a lot of trouble if they bowl in the right areas.

Gujarat is the favourite one to win the match. They are in red hot form and Hyderabad will be in some form of trouble tonight.

Abhishek Sharma looked really good in the last match. He can create some difference if he gets going.

Rashid Khan destroyed Punjab’s backbone in the last match. The 23-year-old may look young but has immense experience in this format of the game. He can wreak havoc to Hyderabad’s batting order.

Washington Sundar has been the only positive thing for Hyderabad so far. The lefty has been consistent right from the start and he can make a real difference.

Shubman Gill is a must pick.  Classy shots to begin with and big hits to finish with, Gill is doing everything possible and that makes him a dangerous custodian.

Sai Sudarshan looked really good in the last match. The boy can perform in the big stage and you can take a risk by appointing him as the captain of your team. He’s  a real differential and can fetch you a lot of points.