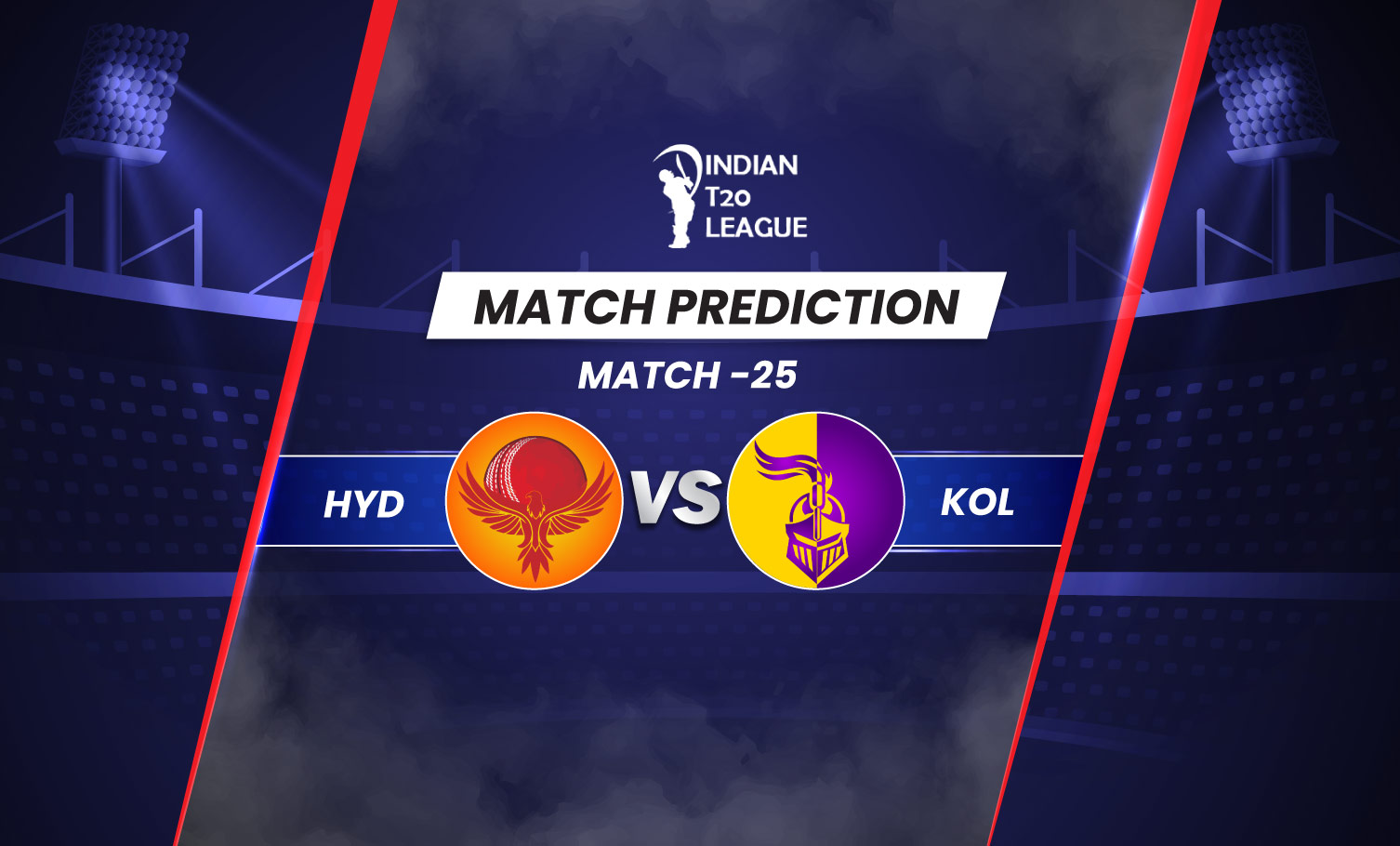 After two back to back wins, the team from the southern half looks good but their bowling is still a matter of concern while Kolkata’s biggest problem has been their top-four batting. Except the fifty from Venkatesh Iyer against Mumbai, the top four hasn’t contributed anything as such. Shreyas Iyer is getting in a good state but losing his wicket pretty quickly. Hyderabad, on the other hand, is getting wickets but the team never looked dangerous. By now, it has been established that Umran Malik is playing just because of his sheer pace and not because of his skills on the pitch.

Coming back to Kolkata, Ajinkya Rahane needs to get dropped. The veteran started well in the tournament but completely lost his touch. Sam Billings should get the chance to open and maybe someone like Rinku Singh and Aman Khan can come into the side. Kolkata has been pretty lucky in the toss as well. Shreyas Iyer lost only one and thus Kolkata had the luxury of choosing to bowl first. Based on their form, if the team gets an opportunity to bat first, they can struggle. Players like Andre Russell, Pat Cummins can chase a target down but if they are asked to set a target, they will feel the pressure and might crumble. That is exactly why the top order needs to perform. Their bowling order in the last match wasn’t great but the team has the potential to make a comeback!

Abhishek Sharma is in some form and he is inspiring the team to perform well. Something that Venkatesh Iyer did with Kolkata in the last season. Tripathi looked dangerous in the last match but their middle order is yet to show their class. Washington Sundar is in sublime form and he can prove to be very costly for Kolkata. Bowling is moderate. If you can survive T. Natarajan’s Yorkers, you can survive the day! There’s a lot of room for improvement as there are many boxes that are still left to get ticked.

A paradise for batters but spinners will come into the picture. Bowling first will be ideal as dew will affect the match.

It’s a tough one to predict but Kolkata might just be ahead of Hyderabad when the two sides meet each other.

Andre Russell might not be in rich form but the player can change the complexation of the match at any point.

Washington Sundar is in some form at the moment. His all-round skill has already impressed everyone and he currently is the heartbeat of the team. A must pick for this match.

Umesh Yadav has done very well so far in the tournament. At one point, the pacer had the purple cap on his head and it proves that he has been consistent so far.

Abhishek Sharma is a must pick. He’s in tremendous form and not picking him will be a mistake.

Marco Jansen has looked good so far. You can place your money on him. The boy has got the quality to deliver a top-class performance.