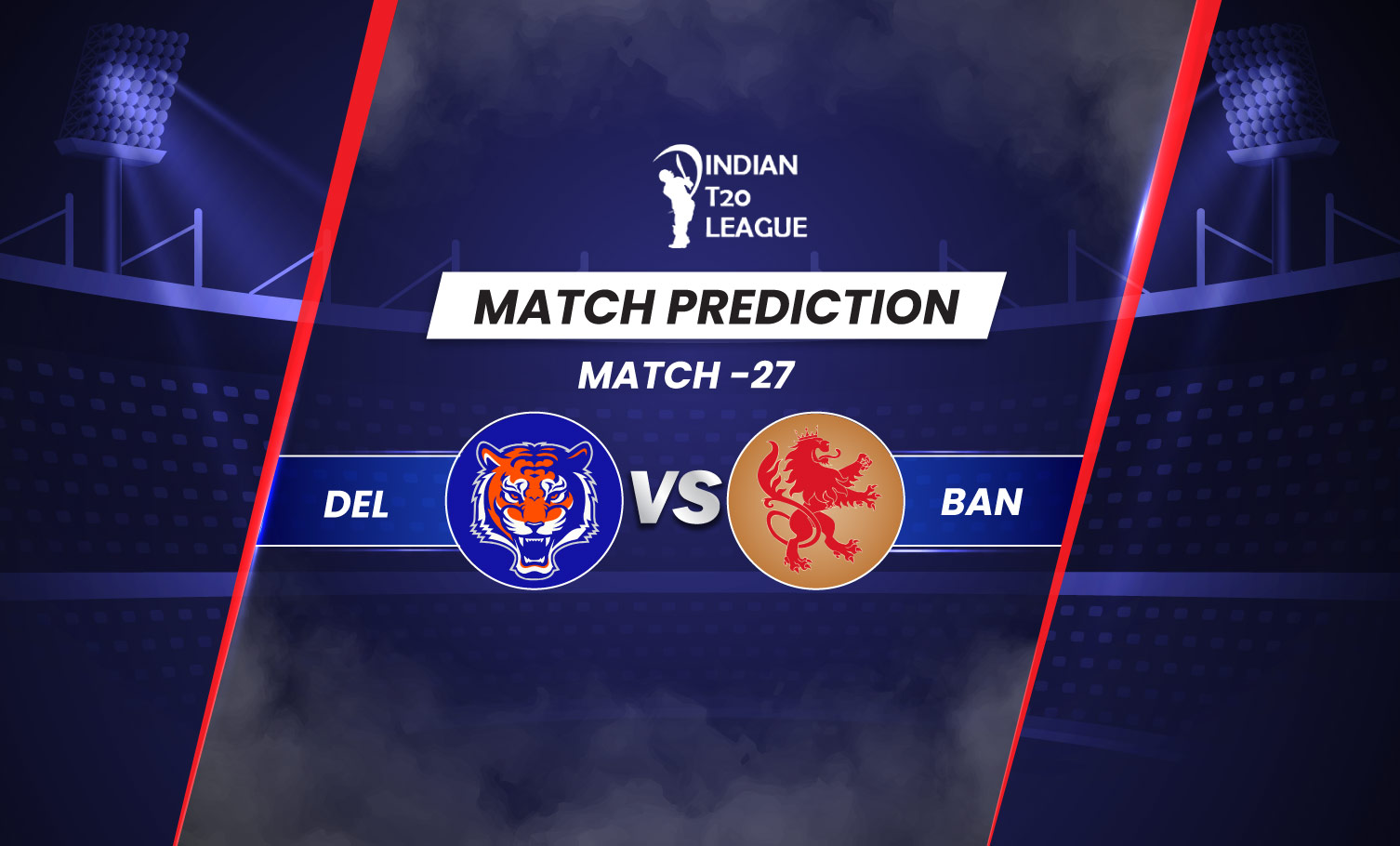 Delhi and Bangalore will be crossing swords in match 27 of the ongoing edition of the Indian T20 League on Saturday at the iconic Wankhede Stadium. Delhi will be looking to carry the momentum from the last game, get the two points and move up the points table. With 2 wins and 2 losses, Rishabh Pant and co are positioned at seventh in the league standings. Bangalore on the other hand will be keen to get back to winning ways. After being stunned by Chennai in the last game, Faf’s men will be eager to get their campaign back on track. They are placed  just a rung above their opponents at sixth with six points in their kitty.

After a miraculous win in their first game, Delhi have struggled to maintain consistency. They have had a start stop campaign thus far with substandard overall performances. In the last game against Kolkata they displayed great character and temperament to emerge victorious. Batting first Delhi were ruthless from the outset and as a result mounted a mammoth 215 runs on the scoreboard. Openers Shaw and Warner provided their side a blistering start and did the majority of the scoring. They laid the foundation for the likes of Pant, Axar and Thakur who did exceptionally well to close off the innings. Kolkata in reply could only muster 171 runs on the board. Kuldeep Yadav was the pick of the Delhi bowlers and ended the game with match figures of 4/35. All in all Delhi had a great last game but will they be able to replicate the same in this game, we guess only time will tell

Bangalore’s three game hot streak was ended by Chennai in their previous encounter. In the recent game, their bowlers went for plenty and their batters failed to keep up with the asking rate. Despite the loss in the last fixture, the men in red should not press the panic button yet. They have the players who are very much capable of turning things around. Senior players will need to take more responsibility and soak in the pressure. Virat Kohli in particular is struggling to find his mojo. The former skipper is timing the ball well but has not been able to create any considerable impact on the game. Skipper Faf barring the first game has also not done enough. Both the veterans need to understand their role and play according to the situation of the game. Dinesh Kartik has been their standout player with bat in hand whereas Harshal Patel as usual has been phenomenal with the ball. They dearly missed his services in the last game. Whether the medium pacer is available for this game or not is still a mystery. Ahead of the enticing fixture, let us have a look at how these two sides will fare out in this clash.

The wicket at the Wankhede offers help for both the pacers and spinners. It considerably helps the swing bowlers, especially during early hours of the day. Spinners will enjoy bowling in the middle overs. Although the new ball does a bit in limited-overs cricket, the pitch tends to ease out and favour batsmen as the innings progresses.

Expect a cracker of a contest. Both teams are very competitive, and it would be interesting to see which team outwits the other. We fancy Faf’s men to come back hard and edge past Rishabh and co.

Prithvi Shaw has been hitting the ball to all parts of the ground. He is in sumptuous touch at the moment and we see no reason why he should not be in your fantasy team.

Kuldeep Yadav is enjoying his time at the Ind T20 League 2022. He is playing like a kid with freedom, exhibiting his prowess as a quality chinaman.

Wanindu Hasaranga has been Bangalore’s go-to man for all situations. He bowls the tight overs, can score runs at a brisk pace down the order and is a more than decent fielder.

Glenn Maxwell is known for his power hitting. We haven’t seen the best of Maxwell thus far, but we expect him to come good in this match.

Shahbaz Ahmed is our risky captaincy pick for this game. He can bat, bowl and is an excellent fielder. To have him as the captain of your fantasy team is a risk worth taking.